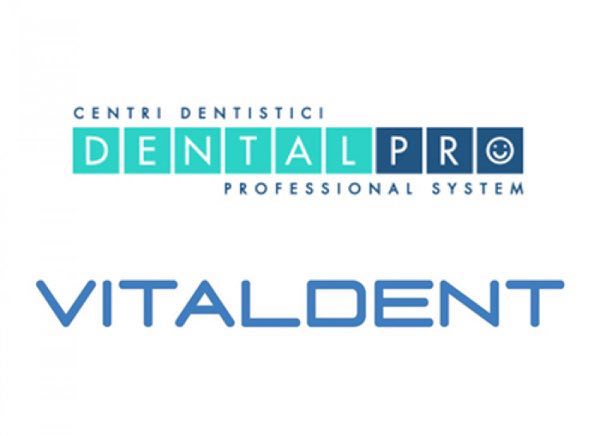 Dentalpro, an Italian chain of dental surgeries of which BC Partners owns 85%, acquired competitor Vitaldent Italia, which owns 80 clinics, from JB Capital (see here a previous post by BeBeez). In June 2019, Advent International acquired a majority stake of Vitaldent’s Spanish activities while JB Capital mantained ownership of the Italian clinics. JB Capital had acquired Vitaldent in 2016 for 18 million euros and committed to invest a further 40 million in relaunching the business. In 2019 Kartesia replaced ICG who had invested in the company in 2013. Michel Cohen (the founder of Deltalpro) will be the ceo of the new group.

Texas-based financial services firm Peak Rock, an investor in mid-market equity and debt, acquired AMB Packaging from the Marin Family (67% owner) and Friulia (33%) who hired William Blair for selling the asset. (see here a previous post by BeBeez). In June 2019, AMB acquired UK-based competitor TDX (Europe) with the issuance of a minibond that Finint Investments sgr (anchor investor), Friulia and Banca Popolare dell’Alto Adige subscribed. After this buy, AMB hit a turnover of 180 million euros and an ebitda of 16 million.

Subscription-based TV platforms Sky and Dazn tabled a 910 million bid for the broadcasting rights of the matches of Lega Serie A, the Italian soccer premier league (see here a previous post by BeBeez). Lega Calcio will make an official decision on On 11 February, Thursday. Lega Serie A previously scheduled for such a date the meeting for making a decision about the bid of CVC Capital Partners-Advent International-FSI (see here a previous post by BeBeez). So the meeting for such a decision has been postponed to a date still to be decided. The funds aim to invest 1.7 billion euros for a 10% of a media company that would own the TV rights of the 20 clubs of Lega Serie A. Lega Calcio is said to have deferred the meeting also because Italian clubs Lazio, Napoli, Inter Milan and Juventus asked for an extension for assessing the value of the offer and its governance aspects. Lega postponed to an undisclosed date the meeting for making a decision about the funds offer.

Lifebrain, an Italian diagnostic company that belongs to Investindustrial, signed a strategic partnership with Milan-listed competitor Garofalo Health Care (GHC) (see here a previous post by BeBeez). Maria Laura Garofalo is the ceo and 81.8% shareholder of GHC while Peninsula Capital owns 6.9%. The fund supported GHC for its listing in 2018. In January 2020, the company completed a capital increase through an accelerated bookbuilding for 8.2 million shares at the price of 5.1 euros each and a total of 43.35 million euros. GHC aims to grow through m&a and may finance its strategies with a bank line of 35 million that Crédit Agricole provided.

Tages Capital acquired a portfolio of photovoltaic plants based in Apulia and Lazio Italian regions with a power of 9.5 MW (see here a previous post by BeBeez). Kokusai Itasol, a portfolio company of Ireland’s Solar 21, sold the asset.

On 8 February, Monday, Toronto-listed ATS – Automation Tooling Systems started officially its public offer on Milan-listed CFT, a packaging company that in 2018 carried on a business combination with Italian Spac Glenalta (see here a previous post by BeBeez). The offer will end on 12 March. In December 2020, ATS announced its intention to pay 4.60 euros per share (for a total price of 88 million euros) for delisting CFT. Chairman Roberto Catelli and managing Alessandro Merusi (38.5% owners with 60.6% of the voting rights) already committed to bring their shares to the takeover bid. CFT has sales of 254 million euros with an ebitda of 17.5 million. In December 2018, ATS had acquired Comecer, an Italian manufacturer of isolation systems for the pharmaceutical industry and nuclear medicine, from the Zanelli Family and Principia sgr.

Italian biomedical engineering firm Alpha Pharma Service (APS) aims to list on Milan market in 2022, ceo Michele Cassese said to BeBeez (see here a previous post by BeBeez). APS has sales of 15.6 million euros (3.2 million in 2019), a 29% ebitda margin, net profits of 2.4 million, and a net financial debt of 3 million, which is made of an outstanding minibond due to mature in December 2025 and is paying a 5.4% coupon. Hedge Invest subscribed the bond in 2020.

Taste of Italy 2, a private equity fund for the agrifood sector that belongs to DeA Capital Alternative Funds sgr, acquired the majority of Ekaf, the owner of the coffee brand Cellini, from the Pieri Family (see here a previous post by BeBeez). Cellini has sales of 40.5 million euros. In November 2020, Taste of Italy 2 raised 330 millions.

Anthilia Capital Partners launched the Eltif Economia Reale Italia, a fund that evenly invests in private equity and private debt (see here a previous post by BeBeez). The fund set a fundraisng target of 100 million euros for tenure of 7 years. Retail and professional investors may pour up to 10% of their resources. Paolo Rizzo and Barbara Ellero are the fund managers. ERI will invest up to 70% of its resources in Italian transactions. Stefania Peveraro, the chief editor of BeBeez, detailed about the private market products for private banking clients in her book “Private Capital. Esperienze e soluzioni. Ecco perché la finanza alternativa funziona” (click here for free download) of which EdiBeez is the publisher.

Europe Capital Partners acquired E’ Così, a producer of detergents, disinfectants and cleaning systems for the professional sector, from the Fornasari and Lombardi Families (see here a previous post by BeBeez). E’ Così was born in 2000 and has sales of 10.81 million euros, an ebitda of 1.74 million. Europe Capital Partners belongs to US private equity Park Street Capital

Helbiz, an US based scooter sharing company that Salvatore Palella founded, announced a business combination with NYSE-listed Spac Green Vision Acquisition Corp ahead of a listing on Nasdaq (see here a previous post by BeBeez). Helbiz will merge with Green Vision on the ground of an equity value of 408 million dollars. Palella will be the company’s ceo. Helbiz will invest the proceeds in repaying its debt and its organic growth.

Kenan Investments, an investment veichle owned by Dea Capital, BC Partners and Turkven Private Equity, fetched 128 million euros (44.15 Turkish Liras per share) out of the sale of its remaining 11.77% stake of Migros, a Turkish listed supermarket chain, through an accelerated bookbuilding procedure (see here a previous post by BeBeez). Goldman Sachs acquired 6.19% of Migros. Kenan Investments had acquired 50.83% of the asset from Koç Holding in May 2008. Dea Capital had invested in the region of 175 million and made a 72 million capital gain.

Milan-listed Azimut and Epic sim launched Azimut Direct, a platform for investing in Italian SMEs through debt and equity instruments to place with institutional investors (see here a previous post by BeBeez). Azimut will hold 50.1% of the newco, while Epic will have 49.9%.

In 2020, Ethica Group, a Milan-based advisory and investment firm, closed 22 transactions that generated revenues for 10 million euros, 90% out of the advisory activity which produced an ebitda of above 3 million and cash for more 8 million (see here a previous post by BeBeez). In 2019, Ethica posted its best results since its foundation with revenues of 11 million out of 24 deals. Cosimo Vitola, the cofounder of Ethica, said to BeBeez that the firm is nearing the closure of 200 deals in its 10-years activity. In 2020, the advisory unit closed 18 M&A and debt transactions and four private equity operations. Ethica also manages Ethica Global Investments, a club deal investment vehicle that has resources for 100 million. Ethica Group aims to list on Milan market by 2023.

Sirap Gema, a portfolio company of Italmobiliare, sold Austrian packaging company Petruzalek to Irish Zeus Packaging (see here a previous post by BeBeez). Petruzalek has sales of 58 million euros, equity of 16 million and an ebitda of 2.5 milioni di euro. Zeus has sales of 200 million and aims to reach a turnover of 280 million in 2021.

Miro Radici Family of Companies sold the majority of the producer of textile for cars ROI Automotive Technologies to French peer Trèves (see here a previous post by BeBeez). ROI has sales of 17 million euros and an ebitda of minus 1.14 million.

QuattroR aims to sell its 60% of Fagioli, an Italian logistic company (see here a previous post by BeBeez). The fund has not yet hired any advisor. Fagioli could attract the interest of private equity funds and trade buyers like Belgium Sarens. Fagioli has sales of 200 million with an ebitda of 25 million. QuattroR owns 60% of Fagioli since December 2017. The company’s chairman Alessandro Fagioli owns 40% of the business. The company made a restructuring of its 180 million banking debt in 2013.

Unicredit and Banca Ifis will support their troubled subsidiary Maccorp, the owner of Forex Change (see here a previous post by BeBeez). The banks provided the company with a 16 million financing facility, launched a 2 million capital increase and appointed Luciano Fausti as chairman and ceo of Forex Change. In 2019, before the coronavirus-related turmoil, Forex Change turnover amounted to 190 million with an ebitda margin of 30%. Unicredit and Interbanca (now owned by Banca Ifis) invested in Maccorp in 2009 as a result of a previous debt restructuring and replaced PM&Partners while joined mezzanine lender Nem sgr (formerly owned by troubled Banca Popolare di Vicenza and than sold to Montana Capital and rebranded as Alkemia Capital sgr). Maccorp currently belongs to Banca Ifis (28.01%), Unicredit (28.01%), Alkemia Capital  sgr (27.01%) and other minority shareholders.

Tinexta (fka Tecnoinvestimenti), a Milan-listed digital trust and Credit Information & Management company, signed a partnership with Sace, the Italian insurance company for the foreign trade, for easing the access to structured financial products to Italian SMEs (see here a previous post by BeBeez). Pier Andrea Chevallard is the ceo of Tinexta.