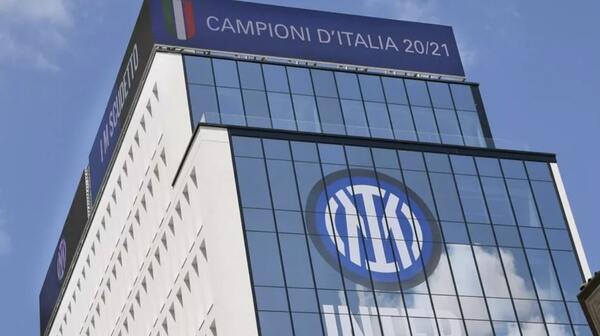 The official confirmation of the agreement signed between Great Horizon sarl, the Luxembourg vehicle owned by the Chinese distribution giant Suning, which controls Milan’s soccer club FC Inter, and Oaktree Capital Management a 275 million euros loan arrived yesterday (see here a previous article by BeBeez), but surprisingly, the US fund did not simultaneously take over the 31.05% stake of the team from LionRock‘s portfolio, as expected (see here a previous article by BeBeez). This means that the latter deal might be carried out at a later time directly by Suning, being FC Inter’s main shareholder. Actually, LionRock is an Hong Kong private equity operator who, in addition to being a shareholder of FC Inter, is also an investor in Suning Sports International, part of the same Suning group. LionRock bought its stake in January 2019, taking it over from Indonesian entrepreneur Erick Thoir. At the time there was talk of a value of at least 150 million euros, but in recent months documents from Goldman Sachs on the deal have circulated, which showed that the figure had been 166 millions, of which 133 millions had been loaned by Suning Sports International and Great Horizon. This means that to liquidate LionRock’s stake, Suning would only have to pay 33 millions in cash and forgo the 133 million credit.

Eurovita’s advisor Deutsche Bank attracted the non-binding offers of Blackstone, Gama Life (Apax) and ICG (see here a previous post by BeBeez). Cinven, the vendor, aims to fetch 600-700 million euros from such a sale. The asset reportedly attracted the interest of Eicg, Cnp Assurance and Crédit Agricole. However, the current bids are below 600 million

Apollo Global Management improved again its bid for Seci, the holding through wich the Maccaferri family owns the eponymous diversified industrial group (See here a previous post by BeBeez). Sources previously said to BeBeez that Apollo made a bid of 215 million euros for repaying SECI’s senior debt and bond and 15% of the unsecured liabilities. SECI’s debt amounts to 750 million and also attracted the interest of Europa Investimenti which could pay up to 24% of unsecured debts. Sources said to BeBeez that Europa Investimenti could convert in equity part of the senior debits while the Family could keep a stake in Seci.

Milan-listed Cerved said it hired UBS and Mediobanca for assessing the reported public offer it received from ION Investments-GIC-FSI (see here a previous post by BeBeez). The company also said that in 1Q21 posted sales of 124.1 million euros (121.8 million yoy). Cerved has an adjusted ebitda of 52.3 million or 42.2% of sales; a net adjusted profit of 26.9 million (27.4 million), an operating cash flow of 44.3 million (up 51.3% from 29.3 million), and net debt of 544.5 million (587.7 million). The announced results compensated the underperformance of the  Credit Management unit which posted sales 35,8 million (40.7 million) and an ebitda of 9.1 million (14 million).

Milan-listed Indel B, a producer of refrigeration and climatization systems for the automotive and nautics sector acquired the Italian competitor S.E.A. (see here a previous post by BeBeez). Even owners Lorenzo and Massimo Liverani sold the asset for about 6 million euros or 4.3X ebitda. Indel will immediately pay 4.5 million and the remaining amount on 31 July, Saturday. S.E.A. has sales of 6.5 million, with an ebitda of 1.4 million and net profits of 1.1 million.

Alpha Private Equity appointed Livio Zanotelli as a new director for the fund’s bureau in Milan (see here a previous post by BeBeez). Zanotelli previously worked for JPMorgan and Deutsche Beteiligungs and now will report to the managing director Edoardo Lanzavecchia.

Nasdaq-listed Spac Centricus Aquisition Corp (CAC) signed an agreement for a business combination with Arqit, a publisher of cryptography software (see here a previous post by BeBeez). Garth Ritchie and Italian-Moneguasque entrepreneur Manfredi Lefebvre d’Ovidio launched Centricus which listed on 8 February and raised 345 million US Dollars to invest in European firms. In 2017, David Williams founded Arqit which may get up to 400 million cash out of the business combination whose net equity is worth in the region of 1.4 billion.

Wise Equity acquired 33% of Selle Royal, an Italian producer of saddles for bicycles (see here a previous post by BeBeez). Riccardo Bigolin founded Selle in 1956 and his daughters Barbara (ceo and chairman), Lucia and Francesca equally own the company which has sales of above 190 million euros with an ebitda of 15.9 million, net profits of 3.6 million, and net debts of 35.1 million. The company aims to grow organically and with M&A. In 2018, Selle listed on Milan a 10 million minibond due to mature on 31 December 2024 with a coupon of 4.95%. Mediobanca Fondo per le Imprese 2.0 wholly subscribed the bond

Quinta Capital fetched 49 million euros out of the sale of 14 telephone exchanges rented to TIM (see here a previous post by BeBeez). ApWireless, a portfolio company of Radius Global Infrastructure, acquired the assets. Quinta closed two years earlier than scheduled the activity of his fund  posting an internal rate of return (IRR) of 15% or 1.8X the invested capital.

Private Equity Partners the holding of Fabio Sattin and Giovanni Campolo raised to 5.13% its stake in Industrie Chimiche Forestali (ICF), a chemical company that listed on Milan makret in May 2018 after having concluded a business combination with the Spac EPS Equita PEP (See here a previous post by BeBeez). Equity and Private Equity Partners launched EPS. ICF now also belongs to First Capital (25.01%). ICF has sales of 60.5 million euros (71.7 million in 2019), an ebitda in the region of 7 million (9.1 million), and net debts of 3.5 million. ICF’s market capitalization amounts to 45.2 million.

Croci, an Italian petcare company, acquired French competitor Canifrance (See here a previous post by BeBeez). Canifrance has sales of 5 million euros while Croci belongs to the founder Dario Croci and has revenues of 36 million (40% export). In 2010, Croci acquired Germany’s Amtra and in 2019 opened a Chines subsidiary.

On 18 May, Tuesday, the directors of Cassa Depositi e Prestiti approved the launch of Patrimonio Rilancio (PR or Patrimonio Destinato – PD) and will submit the proposal with the shareholders whose EGM will take place on 26 and 27 May, Wednesday and Thursday (See here a previous post by BeBeez). PR has resources of 40 billion euros and will support Italian mid and big cap that are facing the COVID19 turmoil.

Overseas Industries, an investment holding that targets industrial companies, subscribed a capital increase of Digital Platforms, an Italian aggregator of Internet of Things firm, of which acquired a minority (See here a previous post by BeBeez). In 2018, LaCambre Invest, whose controlling shareholders are Claudio Contini, Marco Mennella and Marco Ricci, launched Digital Platforms which has sales of 23 million euros with an ebitda of 4 million.

Neuberger Berman launched Neuberger Berman Direct Private Equity Eltif (NB Eltif) a instrument for allowing retail investor to allocate resources in the private equity sector (see here a previous post by BeBeez). NB Eltif has investment tickets of at least 25,000 euros with a tenure of 8 years. However, the firm did not disclose yet a fundraising target. Sources said to BeBeez that  Banca Sella and Banca Aletti will be some of the banks in charge of the distribution. Marco Avanzo-Barbieri, the head of client group for Italy, said that NB Eltif may launch fundraising rounds once a year.

Foresight Group, an investor in infrastructures with resources in the region of 8 billion euros, acquired 90% of Energie Tecnologie Ambiente (ETA) (See here a previous post by BeBeez). Eta is a waste-to-energy plant with a power of 16.8 MW sbased in the Southern Italian region of Apulia. The vendor Marcegaglia Investments will keep a 10% stake. Lazard assisted ETA which has sales of 18.5 million, an ebitda of 5.1million and net cash of 1.22 million.

Milan-listed agrochemical company Sicit’s shares have gone up 6.36% at 17.55 euros after Swiss Syngenta Crop Protection, part of ChemChina, and its subsidiary Valagro said that they are mulling for a public offer (See here a previous post by BeBeez). However, Syngenta and Valagro later dropped their plans and on 14 May, Friday, Sicit’s market capitalization went down by 1.78% or 16,6 euros per share (see here a previous post by BeBeez). On 16 April, Friday, NB Renaissance tabeld a 16 euros per share delisting offer for Sicit. Rumours say that Syngenta may pay 17.3 euros per share without any reduction for the 0.55 euros dividend. Sicit has sales of 63.2 million, adjusted profits of 14.6 million, an ebitda of 24.1 million, and net cash of 20.5 million. Sicit listed on May 2019 at 10 euros per share after a business combination with the SprintItaly, a Spac that Fineurop, Gerardo Braggiotti, Matteo Carlotti, and Francesco Pintucci launched in July 2017 after having raised 150 million.