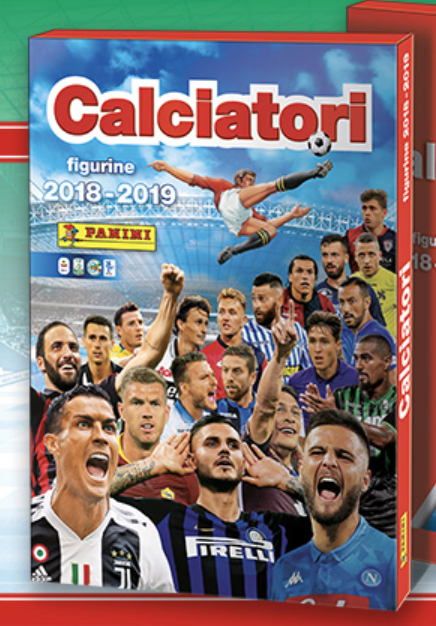 The Italian private equity market had a fresh start for 2019.

Gruppo Panini, the Italian bespoke publisher of comics and stickers, has sales of one billion of euros, said Antonio Allegra, the company’s Italiamarket director, (see here a previous post by BeBeez). In light of these figures, ceo Aldo Hugo Sallustro, chairman Anna Baroni, and Maria Francesca Baroni, the owners of Panini, hired Lincoln International for finding buyers. The company has attracted interest from an international private equity and an US buyer on the ground of an enterprise value of above one billion. The eponymous family sold the company to Maxwell Group in 1988. Bain Gallo Cuneo and De Agostini, acquired the asset in 1992 and sold it in 1994 to Marvel Entertainment Group. The Merloni family financed a management buy-out of Panini in 1999 and sold its 23% stake in 2016 for 79.7 million euros to the current owners on the ground of an enterprise value of 755 millions.

CVC Capital Partners, PSP Investments, Stepstone, and Alpinvest will purpose to appoint Flemming Ørnskov as the chairman of Milan listed pharma group Recordati (see here a previous post by BeBeez). The investors who had previously bought Recordati’s parent company FIMEI from the Recordati family and had launched a tender offer on the remaining shares of the pharma group ending next January 29th, will submit such proposal at the company’s shareholders meeting scheduled for the next 5 February. Ørnskov is a Danish paediatrician and an INSEAD and Harvard alumnus that previously acted as ceo for Shire and worked for Bayer, Bausch & Lomb, Life-Cycle Pharma, Ikaria, Merck & Co., Novartis. Ørnskov is also a non-executive director of Waters Corporation and works with Swiss-American Chamber of Commerce. CVC and the other investors will also submit the shareholders for Recordati board the appointment of Joanna Le Couilliard, Michaela Castelli, Alfredo Altavilla, and Elisa Corghi as non-executive directors. Le Couilliard has been an executive at GlaxoSmithKline and coo at UK health care group BMI. Altavilla worked as coo EMEA at Fiat Chrysler. Andrea Recordati and Fritz Squindo, the ceo and cfo of Recordati, will keep their role as executive direcotrs.

UK investor Basalt Infrastructure Partners acquired 30% of Caronte&Tourist, a commercial shipping company that operates in Calabry and Sicily regions (see here a previous post by BeBeez). After the launch of a capital increase and the sale of shares, members of the Franza and Matacena Families will hold 35% of the business each. The company will invest the proceeds of such a transaction in developing further its international presence and in the renewal of its shipping assets. Fondo Italiano d’Investimento (once managed by Fondo Italiano d’Investimento sgr and now managed by Neuberger Berman) held a 10% stake in Caronte &Tourist unitl July 2016, when the two families bought it back. At the same time the company issued a 28 million euros bond which was enitrely subscribed by finds managed by Muzinich and Tenax. The company posted 250 million euros in revenues in 2017 and an ebitda of 50 million.

Investindustrial launched a public offer on Madrid listed chocolate and cocoa producer Natra (see here a previous post by BeBeez). Natra has sales of 372.5 million of euros, an ebitda of 26.2 million, and a net financial debt of 141.6 million. Investindustrial launched such an offer after having reached an agreement with Bybrook, Deutsche Bank, and Sabadell, Natra’s main bondholders that will convert their credits in equity and support the Italian firm’s offer of 0.9 euros per share (up to 143 million) for 57.58% of the company.

Tages Capital acquired the Italian photovoltaic plants of Glennmont Partners  (see here a previous post by BeBeez). Tages outbeaten the competing bids of A2A, Erg, and Sonnedix Power Holdings, which belongs to JP Morgan asset management. The transaction is rumoured to be worth 300 million of euros. Umberto Quadrino, Tages chairman, said that the fund invested all his resources of 253 million.

Xenon Private Equity acquired Panapesca, an Italian distributor of fresh and frozen fish that owns the retail network Crios and has sales of 300 million of euros (see here a previous post by BeBeez). Previous press reports said that Xenon was considering an investment of 45 million of equity, on the ground of an enterprise value of 90 millions. Panapesca belongs to the Panati Family. Banca Imi, Banco Bpm, Banca Ifis, and Mediocredito Italiano financed the buyers.

Venchi, an iconic Italian chocolate producer, launched a capital increase of 9 million of euros for its Hong Kong subsidiary Venchi Greater China (see here a previous post by BeBeez). Simest subscribed the capital increase with an investment of 4 million of euros and acquired 44.4% of the asset. Unicredit issued a 4.5 million financing that Sace, the Italian insurer for foreign trade, secured. Venchi Greater China will invest such proceeds in expanding its retail network in Asia. Venchi has sales of 79.5 million of euros, an ebitda of 20.9 million and a net financial debt of 14.7 million. Chairman and ceo Daniele Ferrero (formerly at McKinsey) owns 27% of the company, vicepresident Nicolò Cangioli has 24%, sales director Giovanni Battista Mantelli, Pietro Boroli (vicepresident of De Agostini), Marcello Comoli, Luca Baffigo Filangieri hold 12% each.