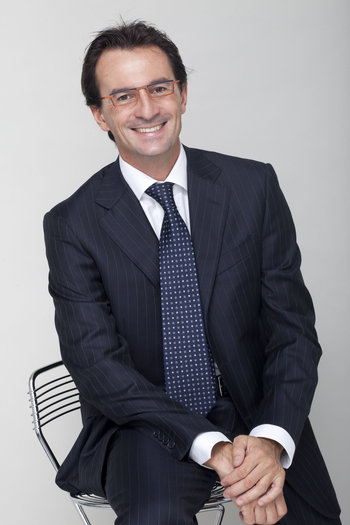 Limacorporate, the Italian manufacturer of orthopaedic prostheses that since December 2015 belongs to Swedish financial investor EQT, aims to grow through acquisitions of US and global companies, cfo Michele Marin said to BeBeez (see here a previous post by BeBeez). The company is also studying the refinancing of the bonds issued in 2017. “Our turnover develops along three basic product lines: shoulder prosthesis (40%), hip (40%) and knee (20%). The global market for shoulder prostheses is growing annually by 6.5%, more than knee (3.5%) and hip (1.5%). The market we are most interested in is the USA, which is worth almost 14 billion US Dollars (15% for shoulder prostheses, 35% for hip and 50% for knee). We want to assess opportunities that will increase Limacorporate’s horizontal coverage. We also want to fill gaps in the product portfolio through acquisitions of start-ups with innovative technologies for digital supports and prostheses (especially those for the knee) and established companies with an ebitda of up to 55 million euros. Potential attractive targets, among others, could be Link (based in Germany), Zurich- listed Medacta, Exactech (USA – Florida), and Paris-listed Amplitude Surgical. We have been thinking about such companies, but negotiations have not yet started as they are not for sale”, Marin explained. Limacorporate could finance eventual transactions with capital increases or by refinancing its current liabilities. “We have a 275 million outstanding bond listed on the Luxembourg Stock Exchange and Milan market that will mature in 2023. The issuance pays a floating rate coupon of 3M Euribor plus 3.75%. We could carry on a similar-amount issuance for refinancing the liabilities or a larger one for funding acquisitions. However, the current uncertainty will probably make rates more expensive”, Marin explained. Previous press reports said that EQT aborted a sale process for Limacorporate. Marin explained to BeBeez that ‘EQT has not involved management in structuring any sales process as Limacorporate still has ample growth margins and could double its turnover and therefore becoming more attractive to potential buyers or ready for an IPO”. London-listed Smith & Nephew, Stryker Corporation, Zimmer Biomet and Johnson & Johnson (all US-based and NYSE-listed) are some of the most prominent sector players and have a turnover of at least 5 billion US Dollars.

F2i, Vauban, Meridian, and other infrastructure funds tabled non-binding offers for M4, the blue line of Milan underground (see here a previous post by BeBeez). The private investors in the project are Hitachi (11.3%), WeBuild (9.6%), Astaldi (part of WeBuild, 9.6%), ATM (2.3%), Sirti (0.3%), and AnsaldoBreda (0.1%). These companies hired Natixis to sell their 33.33%. However, Milan Municipality (66.3% owner) could block such a sale as the contract for the M4 project allows investors to sell their stakes only after the line’s completion, which should be in 2024. The project already attracted 350 million euros in investments, while the M4 concession with the municipality provides a guaranteed minimum return of more than 6%.

Milan-listed paytech Nexi, announced the sale of its Norway’s subsidiary EDIGard to AnaCap Financial Parters (see here a previous post by BeBeez). Nets, a Danish paytech that Nexi acquired, was the owner of EDIGard. Nexi is carrying on a rationalisation of its activities after the merger with Nets and SIA. Nexi also fetched 57 million out of the sale of the unit for the tech management of Mts, the fixed income marketplace, and Euronext Securities Milan to European exchange platform Euronext. The parties expect to sign a closing in 1H22. Nexi’s shareholders list includes Hellmann & Friedman, Singapore’s GIC, Mercury UK (a vehicle of Advent International, Bain Capital, and Clessidra have 11.88%) (see here a previous post by BeBeez). Nexi has sales of 2.3 billion, an ebitda in the region of 1.1 billion, 450.9 million net profits, and 5.2 billion net debt.

Värde Partners is mulling an exit from Guber Banca, an Italian distressed credit servicer that Gianluigi Bertini and ceo Francesco Guarneri founded in 1991 (see here a previous post by BeBeez). In April 2017, Värde paid 47 million euros for 33.3% of Guber. The fund denied previous sales speculation, but it did not comment this time. Press items said that Guber hired Cappelli Rccd and Lazard as legal and financial sale advisors. The founders and 66.7% owners of Guber could also sell part or the whole of their stakes.

EOS Investment Management (EOS IM), an alternative investment vehicle that Ciro and Natalino Mongillo founded, acquired 80% of Donati, an Italian distributor of components for elevators, from the Ravelli Family and other private investors (see here a previous post by BeBeez). Alessandro Cattelan is the ceo of Donati which has sales of 24 million euros. EOS IM aims to raise 250 million (hard capo) for Next Evolution Fund II, a vehicle that launched in January 2022 when it hired Riccardo Bruno, the founder of Capital Insight and a former senior partner of Clessidra, as senior partner. Gianni Galasso, senior partner of the firm said that After such an acquisition, EOS IM completed the investment cycle of its Fund I that has also partially realised its portfolio.

Hyle Capital Partners acquired Guaresi, an Italian producer of machinery for agriculture, from the eponymous family who hired Ethica Group and Studio Giovannelli e Associati as m&a and legal advisor (see here a previous post by BeBeez). Illimity Bank and Bper Banca financed the transaction. Hyle acquired Guaresi through its agrifood investment vehicle Finance for Food One of which Matteo Chieregato and Francesco Zito are partners. The buyer hired Vitale&Co (financial advisor), Hogan Lovells (legal), Kstudio Associato (tax), Pwc (accounting), and Goetzpartners (business due diligence). Livio Marchiori and Massimo Zubelli will keep their roles of chairman and ceo of Guaresi. In the next five years, Hyle aims to grow the company’s revenues to 50 million euros through acquisitions that would increase the horizontal size of the business. Guaresi generates abroad two-thirds of its sales of above 20 million.

Alfaparf Group, an Italian manufacturer of professional cosmetics products, acquired the majority of Iv San Bernard, an Italian maker of pet care items (see here a previous post by BeBeez). Iv San Bernard in 2021 generated sales of 5.6 million euros with an ebitda of 0.46 million. Mirco Aringhieri, the chairman of Iv San Bernard, said that such a deal would boost the company’s growth in Central and South America. Alfaparf belongs to chairman and founder Roberto Franchina (80%) and the vice president Attilio Brambilla (20%). In 2020, the company generated sales of 203.8 million (243.1 million in 2019), an ebitda of 39.9 million (45 million), net profits of 8.6 million (12.9 million) and net financial debt of 2.6 million (11.8 million).

Italian media content firm Gruppo Rainbow, a business that Iginio Straffi launched in 1995, raised to 100% its stake in Italian competitor Colorado Film (see here a previous post by BeBeez). In 2017, Rainbow purchased 60% of the target from Gruppo Iven, a company that Maurizio Totti, Italian director Gabriele Salvatores, and actors Diego Abatantuono and Paolo Rossi created with other partners in 1986Iven also owns Moviement, San Isidro and a stake in Gavila. Colorado has sales of 18.7 million euros and net profits of 2.7 million. Alessandro Usai will keep his ceo role. Rainbow has sales of 85.4 million, ebitda of 30.9 million and net earnings of 6.3 million.

Boom Imagestudio, a Milan-based Software as a Service (SaaS) firm for business visual digital contents, acquired Berlin-based competitor LemonOne (see here a previous post by BeBeez). Maximilian Schwahn, Lorenz Marquardt and Timur Kayaci founded LemonOne in 2017. Boom raised more than 16 million US dollars in the last three years. The company has sales of 1.7 million euros with an ebitda of minus 2.8 million and cash of 4.7 million.

Verona Court will auction the assets of troubled Italian sweets producer Paluani for a starting price of 7.6 million (see here a previous post by BeBeez). The company’s shareholders already accepted the 7.5 million offer of Sperlari and filed a receivership project and a debt restructuring plan with Verona Court (See here a previous post by BeBeez). In addition, Sperlari will add an amount for the stocked goods of Paluani. The deadline for tabling competing bids is Monday 11 July, at midday. Then, on Friday 15 July, the Court will communicate the winning bid (see here the application form for Paluani’s receivership filed with Verona Court auction available for the subscribers to BeBeez News Premium and BeBeez Private Data). Sperlari belongs to Katjes International, an investment holding of Germany’s Katjes Group, since 2017. Paluani has debts of 35 million with Unicredit, Banco BPM,  MPS, Intesa Sanpaolo, Banca Valsabbina,  BPER, Caribolzano, Carige, Banca di Verona Credito Cooperativo, Cerea Banca, and Credito Valtellinese. Generalfinance provided factoring facilities for 5 million. At the end of April, the company had 11.2 million debts with suppliers, equity of minus 71.7 million and a net loss of 17 million.

NYC Announces Achievement of the WELL Health-Safety Rating for 9 Times Square, 1140 Avenue of the Americas and 123 William Street