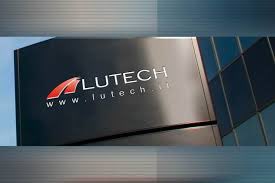 Apax signed an agreement for acquiring the majority of Italy’s Lutech from from One Equity Partners (Oep) (see here a previous post by BeBeez). Nomura financed and advised Apax. Lutech reportedly tried to merge with Milan-listed Techedge on which Oep unsuccessfully launched a public offer in 2020.

Lifebrain, an Italian provider of healthcare diagnostic services that belongs to Investindustrial, hired Goldman Sachs and JP Morgan for sounding the ground for an exit (See here a previous post by BeBeez). Michael Havel founded Lifebrain in 2013 and later sold a stake to Warsaw-listed MCI Capital. Investindustrial acquired the company in 2018 with the support of direct lending fund Springrowth. Lifebrain has sales of above 140 million euros with ab ebitda of more than 40 million.

The shareholders of Astaldi, the troubled Italian contractor, will get 203 shares of Webuild (fka Salini Impregilo) for 1000 Astaldi shares (see here a previous post by BeBeez). On 15 March, Monday, Webuild posted a market capitalization of 1.456 billion euros while Astaldi’s value was of 618.4 million, down 18%.

Bonfiglioli Riduttori, an Italian producer of industrial components, acquired troubled Italian competitor Sampingranaggi from Samp, part of Gruppo Maccaferri, a company in receivership (see here a previous post by BeBeez). Bonfiglioli paid 7.158 million euros for Sampingranaggi. Bonfiglili has sales of 973 million euros and in June 2020 it received from CDP a 40 million financing facility with a tenure of 7 years.

Adler Pelzer, a company in which FSI invested, acquired 73.25% of Frankfurt-listed STS Group from Frankfurt-listed Mutares, a German turnaround investor (see here a previous post by BeBeez). STS is a producer of systems for acoustic and thermal insulation for engine and passenger compartments of motor vehicles and linings for light and heavy trucks and lorries. Adler will pay Mutares 33.3 million euros  and committed to repay the target’s debt with the vendor by the end of 2021.

Copernicus Wealth Management and Finbeauty, the current main shareholders of US scooter sharing company Helbiz, a company that Salvatore Palella founded, committed to subscribe a PIPE (private investment in public equity) of 30 million US Dollars in GreenVision Acquisition Corp (see here a previous post by BeBeez). The latter is a Nasdaq-listed Spac that previously announced the business combination with Helbiz. So Helbiz will receive 87.5 million dollars at the business combination: 57.5 millions coming from the fundraising by the Spac (50 million of raised resources and 7.5 million after the over allottment option) and 30 millions from the PIPE.

Sources said to BeBeez that Arcadia set a fundraising target of 100 million euros for its Arcadia Small Cap III fund that will be launched by 2H22 (see here a previous post by BeBeez). The fund will target SMEs with sales of 10-50 million. Guido Belli and Simone Arnaboldi founded Arcadia in 2009. Arcadia is one of the private capital investors that BeBeez Private Data monitors. Find out here how to subscribe to the Combo version that includes BeBeez News Premium

Argos Wityu (fka Argos Soditic), hired Milan-based M&A firm Dc Advisory for selling Fabbri Vignola (FV), a producer of machinery for the packaging sector (see here a previous post by BeBeez). FV has sales of 93 million euros with an ebitda in the region of 11 million. The company could attract the interest of Italian competitor Coesia, which belongs to the chairwoman Isabella Seragnoli. Argos Wityu acquired FV in 2017 from Lincolnshire Management, Igi and the Chiarva Family and received a syndicated loan facility from Crédit Agricole Cariparma, Banca Ifis, Bper Banca, and Unicredit. Lincolnshire Management acquired 51% of FV in 2014 from the Chiarva Family, IGI and Holger Van Den Heuvel who kept 49% of the firm.

Acea, a Milan-listed utility, aims to sell its photovoltaic plants for 200 million euros (see here a previous post by BeBeez). Acea hired Banca IMI for starting a sale in May. Acea could dispose the assets or sell a stake to a financial investor.

On 12 March, Friday, Toronto-listed ATS – Automation Tooling Systems closed its public offer for 93.92% of Milan-listed CFT, an Italian provider of logistic services for the food sector (see here a previous post by BeBeez). CFT listed on Milan market after a business combination with the Spac Glenalta . ATS launched an offer at 4.60 euros per share or 88.1 million euros on the ground of an enterprise value of 9.5 X ebitda. CFT has sales of 254 million and a net financial debt of 43.4 million.

Irca, a B2B producer and vendor of ingredients and semifinished items for the manufacturing of sweets that Carlyle acquired in 2017, acquired In2Food Gourmet, an US-based distributor o premium products for the pastry sector, from the Clever Family (see here a previous post by BeBeez). Irca has sales of 323.3 million euros.

Tecnica Group, a producer of boots for ski of which Italmobiliare owns 40%, increased its 2020 ebitda by 11% yoy while sales amounted to 382 million, down 9.8% (see here a previous post by BeBeez). Tecnica boosted its ebitda as in 2019 it raised from 60% to 75% its stake in Germany’s Lowa which acquired Riko Sport. Italmobiliare acquired 40% of Tecnica in June  2017

Clessidra concluded the acquisition of the majority of Botter, an Italian wine producer, from IDeA Taste of Italy (22.5%) and third generation owners Annalisa, Alessandro and Luca Botter (see here a previous post by BeBeez). Capital Dynamics and Italmobiliare, two limited partners of Clessidra, will co-invest with the fund. Botter has sales of 230 million euros.

Bertoncello, an Italian producer of fresh made pasta of which Alcedo owns 70%, acquired Italian competitor Carlo Crivellin from the eponymous family (see here a previous post by BeBeez). MPS Capital Services financed the transaction. The target has sales of 5 million euros (60% abroad). After such an acquisition, Bertoncello’s turnover will amount to 25 million. Alcedo set a fundraising target of 215 million by 2021. Alcedo is one of the private capital investors that BeBeez Private Data monitors. Find out here how to subscribe to the Combo version that includes BeBeez News Premium

On 15 March, Monday, Credem Private Equity launched EltifPlus for which set a fundraising target of 100 – 200 million euros (see here a previous post by BeBeez). The fund will focus on Italian and European non-financial unlisted SMEs or listed firms with a market capitalization of below 500 million. EltifPlus will not use the financial leverage and have a tenure of seven years since the closing of the fundraising.

Milan Court accepted the receivership application of troubled ITC Italtel, of which Milan-listed Exprivia owns 81% and Cisco 19%, and scheduled for 29 September, Wednesday, a meeting with creditors (see here a previous post by BeBeez). PSC Partecipazioni reportedly tabled a successful binding offer for Italtel. Sources said to BeBeez that PSC, as part of the receivership plan, will take on all assets and liabilities of Italtel and restructure its debt. In 3Q20 Italtel generated sales of 174.9 million euros (255.2 million in 3Q19), an ebitda of minus 4.8 million (minus 7.7 million) and a net financial debt of 173.5 million (182.5 million). The relaunch plan of Italtel set a target of a 350 million turnover by 2023 and 450 million by 2026.

Milan-listed Elettra Investimenti’s shares closed at 10.4 euros (up 5.58%) after announcing the sale of a majority stake to Cogeninfra, which belongs to Luxembourg’s Cube Infrastructure (see here a previous post by BeBeez). Cogeninfra acquired 81.9% of B Fin, the controlling shareholder of Elettra, at 9.75 euros per share, and will eventually pay an earn-out of 0.85 euros per share. Cogeninfra will launch a public offer on Elettra at 10.60 per share and on the company’s warrants at 1.60 euros ahead of a delisting. The offer is worth in total 8 million euros. Fabio Massimo Bombacci will keep for at least five years his role of ceo of Elettra.

ION Investment Group acquired Italy’s financial software publisher List, a company that the chairman  Enrico Dameri founded and of which TA Associates owns a stake since January 2019 (see here a previous post by BeBeez). TA Associates held a stake in Ion Investments between 2011 and 2016. List has sales of 67.4 million euros, an ebitda of 25 million and net cash of 126 million.