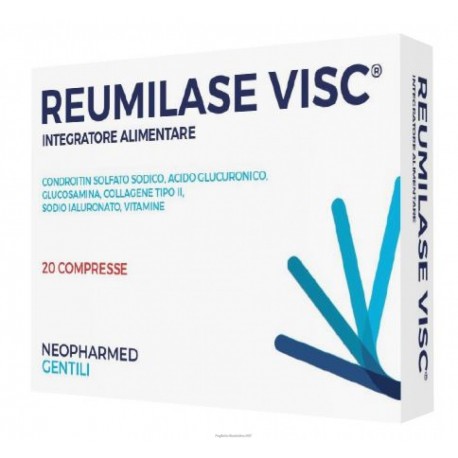 Ardian recapped its stake in Neopharmed Gentili while sharing the control of the company with NB Renaissance (see here a previous post by BeBeez). The Bono Family will keep a minority of the business. The company’s enterprise value amounts to 1.4-1.5 billion euros. Neopharmed has sales of 184.5 million euros, an ebitda of 69 million and a net financial debt of 152 million.

Russian Lukoil rejected the offer of Crossbridge Energy Partners for ISAB srl, owner of the  Italian refinery of Priolo (see here a previous post by BeBeez). Lukoil acquired 49% of the asset from ERG in 2008 on the ground of an enterprise value of 2.75 billion euros and later purchased the whole business.

Athora Holding, a life insurer born in 2018 out of a spin-off of Athene, closed a 2 billion euros capital increase (600 million of commitments signed in December 2021) (see here a previous post by BeBeez). Since 2018, Athora raised more than 6 billion. Apollo and Athene could pour common equity of 600 million. Athora will invest such proceeds in its European growth, establishing further positions in the main continental markets, including Germany, where the company bought a closed portfolio from AXA’s German division, and Italy, which will play an important role in future strategic choices given recent operations. In fact, recall that last August the closing of the acquisition of Amissima Vita was signed, which was announced in Summer 2021 (see here a previous article by BeBeez), and that on that occasion Apollo made it clear that it would continue to invest south of the Alps, Europe’s third largest insurance market. Athora has ambitious plans for Amissima Vita, which recently changed its name to Athora Italia, thanks to its insurance and reinsurance expertise and solid capital base of 4.7 billion in committed capital.

In 3Q22, the portfolio companies of Milan-listed private equity firm Italmobiliare, generated aggregate sales of 1.3 billion euros (+22.5% yoy) (see here a previous post by BeBeez). However, the aggregate ebitda has gone down 19% to 167.9 million as a consequence of higher energy and commodities costs.

While the market took some benefit yesterday with a drop of 1.89% to 0.233 euros, after the rush of the last few days on the bet of a CDP-led takeover bid, Italy’s Milan-listed tlc group TIM proceeds with its plan to separate fixed network infrastructure assets (NetCo) from services (ServiceCo with TIM Consumer, TIM Enterprise and TIM Brasil) and a reduction of debt through successive divestments of some assets, in particular TIM Enterprise, as already announced last July 7 on Capital Market Day and in line with the 2022-2024 Business Plan presented last March by ceo Pietro Labriola. This was announced by the tlc group, following the meeting of the group’s Board of Directors, which reviewed the 9-month accounts (see here a previous post by BeBeez).

Fondo Infrastrutture per la Crescita–Esg (IPC), a fund that Azimut Libera Impresa manages, will invest 50 million euros in Fastway a company that CEOs Paolo Esposto and Carlo Mereu created (see here a previous post by BeBeez). Fastway is developing a network of charging stations for electric vehicles. Azimut launched IPC in May 2020 and set a fundraising target of one billion and a 14-year tenure.

Berardi Bullonerie, a portfolio company of Hig Capital, acquired Clas, a distributor of safety items, from the ceo Luca Cornale, who will keep his role, sources said to BeBeez (see here a previous post by BeBeez). Berardi hired Vitale&Co as financial advisor and Pavia & Ansaldo and Spada Partners for legal and accountancy. Clas retained Studio Marangi and CBF Associazione Professionale. The target has sales of 6.3 million euros, an ebitda in the region of 0.900 million and net cash of 1.7 million

Gruppo Florence, an Italian luxury fashion platform, acquired of Taccetti, an Italian maker of shoes for women (See here a previous post by BeBeez). Taccetti has sales of 56 million.  The Taccetti family will reinvest in Florence.  With Taccetti, the number of companies that have decided to join the industrial project of Gruppo Florence, controlled for about 65% by a consortium led by VAM Investments, Fondo Italiano d’Investimento (through Fondo Italiano Consolidamento e Crescita – FICC) and Italmobiliare, and for the remaining 35% by the founding families of the companies that are part of the group, has risen to 20.

Schumacher Packaging, a German packaging company, acquired the majority of Italian competitor Cartiere Modesto Cardella from the Cardella Family that will retain a minority of the firm and management roles (see here a previous post by BeBeez). Schumacher retained Allen & Overy, CDI Global and Rödl & Partner as legal, financial and due diligence advisors. Studio Associato GLM and Studio LMS assisted the vendors. Schumacher has sales of 857 million euros. Cardella has revenues of 77.7 million, an ebitda of 11.9 million and a net financial debt of 5.7 million

The Nattino family raised more than 90% of Milan-listed Banca Finnat Euramerica after having launched a public offer on 24 October, Monday ahead of a closing on 15 November, Tuesday (see here a previous post by BeBeez). The family aims to delist the bank through an offer of 0.31 euros per share.

Aramis Group, a car dealers network that belongs to Stellantis, acquired the automotive e-vendor Brumbrum from UK NYSE-listed Cazoo that acquired the business in 2021 for 80 million euros (see here a previous post by BeBeez).

Xenon Private Equity acquired the majority of BID Company, which in turn both HEXE (see here a previous post by BeBeez). Xenon will carry on further acquisitions through BID Company, a consultancy firm for advanced analytics and artificial intelligence that Walter Ballardin founded in 2016 and that has sales of 5.4 million euros, an ebtida of 0.77 million and net cash of 0.88 million. Attilio Cortesi (50%), Beatrice Balzarini, Giuseppe Paletti and Paolo Cortesi (12.5% each), Fabio Tuzzi (6.5%), and Uriele De Piano (6%) sold part of their stakes in HEXE which has revenues of 2.6 million, an ebitda of 0.212 million and net cash of 0.636 million

MTW Holding, an Italian producer of metal accessories for luxury fashion that since 2022 belongs to Deutsche Beteiligungs AG (DBAG – 62%), acquired Italian competitor Fixo from the founder and ceo Andrea Zanella (see here a previous post by BeBeez). Fixo has sales of 14 million euros. MTW Holding has revenues of 65 million and an ebitda in the region of 14 million.

Ethica Group, a Milan-based M&A advisory firm that Cosimo Vitola heads, acquired a minority in competitor Emintad Italy, an independent equity capital markets consultant (See here a previous post by BeBeez). In the next two years, Ethica may acquire the whole Emintad, a firm that Gianluca Cedro and Luciano di Fazio created in 2007.

Monitor Clipper Partners and TPG Growth sold 91.7% of Microgame, an Italian gambling company, to Piomo (see here a previous post by BeBeez). In 2012, Microgame generated a net financial debt of 30 million with an ebitda of 3 million. In 2020, Dea Capital Alternative Funds CCR acquired an UTPs portfolio of 55 million that included the liabilities of Microgame. Microgame has sales of 30 million, an ebitda of 4.1 million and net cash of 3.5 million.

Bernadette Bevacqua will be the new ceo of Italian sweet snacks and candies producer Sperlari (see here a previous post by BeBeez). The manager will replace Tobias Bachmuller, the chairman of Sperlari’s controlling shareholder Katjes Italy.

Palladio Holding acquired the majority of Wisycom, a producer of wireless systems for audio and video broadcasting (See here a previous post by BeBeez). Enzo Frigo (45%),Massimo Polo (45%) and Carlo Vedove (10%) sold part of their stakes and retained DGPA & Co and LCA as financial and legal advisor. Banco Popolare di Sondrio financed the transaction. Wisycom has sales of above 10 million euros (90% export)

Increased 32.4% in 3Q22: Acquisitions in the United States and Brazil and good performance of the countries in the region, positively impact Cencosud’s revenues.