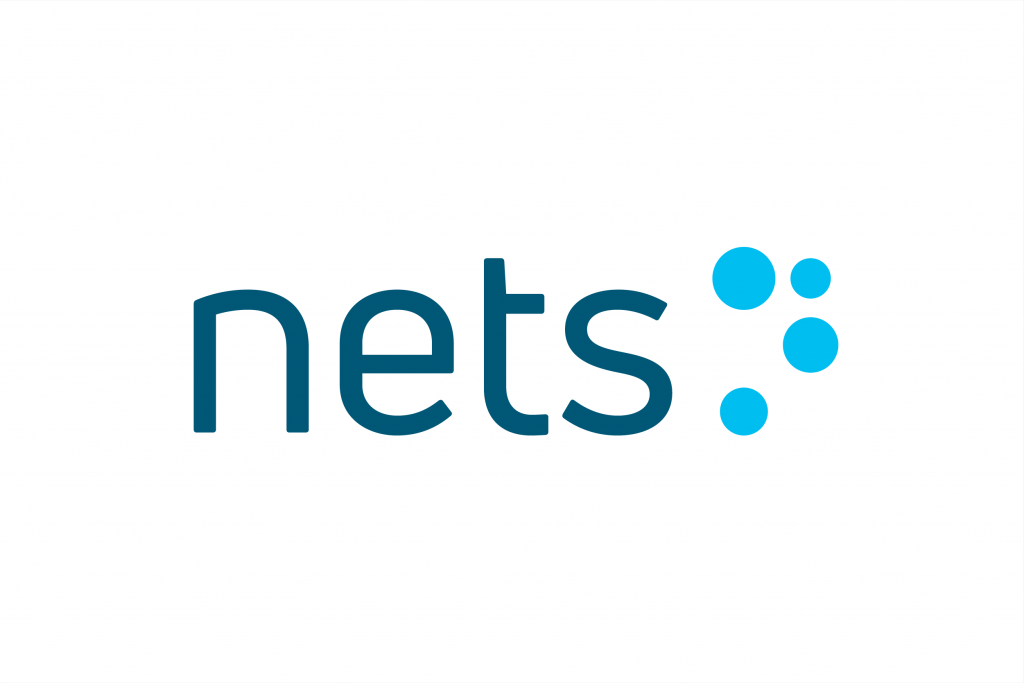 Milan-listed paytech Nexi signed a 10-days agreement for exclusive merger talks with Danish competitor Nets (see here a previous post by BeBeez). Nexi hired Centerview and HSBC as financial advisors. Mercury UK, which belongs to Advent International, Bain Capital and Clessidra and owns 20% of Nexi, hired Mediobanca. Nets belongs since 2017 to Hellman & Friedman, GIC, Bain Capital, and Advent International, who paid 5.3 billion US Dollars for the asset. Nets’ turnover is of 747 million, while its value amounts to 10 billion euros or 27X its 295 million euros ebitda. Nexi has sales of 984.1 million, an ebitda of 502.5 million and a market capitalization of 8.3 billion (12,85 euros per share). The Italian company, whose ceo is Paolo Bertoluzzo, is working on a shares swap for achieving the majority of Nets.

Cdp Equity, Blackstone and Macquarie, tabled their expected bid for acquiring 88.06% of Autostrade per l’Italia (ASPI) from Milan-listed Atlantia (see here a previous post by BeBeez). Cdp Equity will hold 40% of BidCo, the spv for carrying on the acquisition of Aspi, and appoint the chairman and the ceo, while Blackstone and Macquarie will own 30% each. Atlantia previously asked CDP Equity and its partners to sweeten their offer for Aspi. Should this bid be successful, the buyers will have 10 weeks for concluding a due diligence.  However Atlantia said that the new offer is still non conformed and unsuitable for assuring an adequate market valorization for its stake in ASPI. The dialogue will continue anyway as Atlantia said that it will collaborate with Cdp and its coinvestors in order to allow the presentation of a new offer by November 30th.

Irideos, the Italian ICT that was born in May 2018 out of the merger of Infracom, KPNQWest Italia, MC-link, Enter, and BigTLC, concluded its integration process as it merged with Clouditalia and its subsidiry Noitel Italia (See here a previous post by BeBeez). F2i and Marguerite are the owners of Irideos which has sales in the region of 200 million euros and earlier in January raised a financing facility of 150 million from banks. Danilo Vivarelli is the ceo of Irideos.

Ortigia Investimenti acquired 51% of Mediashopping from RTI, part of Milan-listed Mediaset, on the ground of an enterprise value of 0.855 million euros (see here a previous post by BeBeez). Andrea Mastagni will become the chairman of Mediashopping while Luxury Immobiliare will hold  30%, Marco Rosini (ceo) 14% and Massimiliano Rega 5%. Mediashopping signed a contract with Publitalia for broadcasting its shows on Mediaset channels. Mediashopping owns the brand Aroma Vero and has sales of 16.4 million.

Eco Eridania acquired Tecnoambiente (see here a previous post by BeBeez). EcoEridania belongs to Icon Infrastructure Partners since 2018, while the founder and ceo Andrea Giustini owns a minority of the business together with his family. In 2011, Fondo Italiano d’Investimento invested in EcoEridania and sold its stake to Xenon Private Equity in 2014, which already was a shareholder of the company after having converted bonds. Since then, Eco Eridania financed its M&A strategy through the issuance of bonds that debt funds subscribed in private placement.

Marbles, a portfolio company of private equity Asterion Industrial Partners, acquired Fiber 4.0, the owner of 13.86% of Retelit, a Milan-listed tmt company (see here a previous post by BeBeez). Marbles also acquired from Axxion and Frankfurter their stakes in Retelit of 9.99% and 0.24%. Marbles currently owns 24.1% of Retelit and acquired Fiber 4.0 for 49.7 million euros or 2,85 euros for each share of Retelit. Marbles acquired Fiber 4.0 from Wrm’s Athena Capital (47%), Oak Tree (47%) and Pilota (6%). Retelit,has sales of 72.96 million with an ebitda of 32.43 million.

Cubico Diana, part of Cubico Sustainable Investments (CSI), acquired Bisaccia Wind and Torretta Wind, two Aeolian farms with a total power of 16 MW, from Gruppo Carlo Maresca (See here a previous post by BeBeez). CSI was born in May 2015 and received the sponsorship of Ontario Teachers’ and PSP Investments. In October 2019, Cubico made a 173 million euro refinancing of its bank loans for three Aeolian farm with a total power of 99 MW.

Metrika, the Italian private equity fund, acquired the majority of Allegrini from the managers and Maurizio and Ottaviano Allegrini, who will keep their operative roles (see here a previous post by BeBeez). Banco Bpm financed the transaction. Kpmg and Fivelex assisted the vendors. Marco Giuseppini, ceo, founded Metrika in 2019 and raised 100 million euros ahead of a target of 100-150 million. Metrika will invest tickets of 5 – 20 million in companies with turnover of 20 – 100 million. Giuseppini previously worked for 21 Investimenti, Mandarin Capital and EOS Investment Management. The managing partner Nicola Pietralunga previously worket for Quadrivio Capital, Mercurio Capital and as cfo of mid-market companies that belong to private equity funds.

Adler Pelzer Group, an Italian automotive group in which FSI invested, acquired the acoustics unit of STS Group which has sales of 112 million euros (See here a previous post by BeBeez). Achille Scudieri founded Adler Group in 1956, his son Paolo is now heading the company which has sales of 1.43 billion, an ebitda of 103.7 million and a 5X debt that includes the 350 million worth bonds issued in 2017. Earlier in June, Moody’s downgraded Adler corporate and its bond to B3 from B2 as a consequence of Covid-19 turmoil that could boost the company’s debt to 6x.

Agras Pet Foods, the Italian subsidiary of Belgium’s Nxmh, acquired Cerere Produzione from the Schiappapietra Family (See here a previous post by BeBeez). Cerere has a turnover in the region of 10 million euros. In July 2016, Agras sold a 60% to Nxmh,the Bruxelles-based family office of Kim Jung-Ju, while Pietro Molteni has 40%. Cerere reportedly attracted the interest of Five Arrows Principal Investments, the corporate private equity of Rothschild Merchant Banking. Agras has sales in the region of 100 million.

Blackstone aims to sell its 35% of De Nora that acquired from the eponymous family in April 2017 on the ground of an enterprise value in the region of 900 million euros (See here a previous post by BeBeez). In February 2019, De Nora acquired New Mexico’s MIOX from London-listed Johnson Matthey. De Nora has sales of 440 million, an ebitda of 35.7 million and a net debt of 148 million.

Marini Impianti Industriali is looking for a financial partner finanziario (see here a previous post by BeBeez). The company belongs to the eponymous family and attracted the interest of Charme Capital Partners. Marini Group has sales of 70 million euros with an ebitda of 35 million.

Clessidra is going to acquire Compagnia europea factoring industriale (Coefi) which is going to raise 3 – 6 million euros through a capital increase that investors must subscribe by June 2021 (see here a previous post by BeBeez). Archeide Lux, a firm of Enrico Caporin, Barbara Galeotti and Fabio Menon, owns 88.59% of Coefi. Intermedia has 11.41% of Coefi whose chairman and ceo are Attilio Biancardi and Mattia Serena. Coefi has a turnover of 59 million.

Silvio Bertani Group (SBG Group) hired Equita K Finance as it is looking for a partner (see here a previous post by BeBeez). The company’s controlling shreholder Silvio Bertani aims to take on a catalyst role fro the current M&A sector trend. SBG Group has sales of 140 million euros and an ebitda of 18 million.

The auction for Italian yachts producer Cantiere del Pardo revamped (see here a previous post by BeBeez). Previous press rumours said that Luigi Servidati (chairman) and Fabio Planamente (ceo) hired Mediobanca for selling an up to 60% of the business that is of interest to Wise. In 2018, the managers subscribed a 5 million euros capital increase for buying out the company from the Trevisani Family and Andrea Amadori. Cantiere del Pardo has sales of 50 million with an ebitda of 7 million and recently acquired VanDutch.

In 1H20, Italian tmt company Eolo generated sales of 91.5 million euros (+23% yoy) with an ebitda of 47.3 million (+39%) (See here a previous post by BeBeez). The private equity Searchlight Capital Partners is reportedly selling its 49% of the business on the ground of an enterprise value of one billion. Luca Spada is the founder and ceo of Eolo and owns 51% of the company.

Util Industries, an industrial company that belongs to CCR, a vehicle of Dea Capital Alternative Funds generated cash of 15 million euros for 2020 (3.5 million in 2019) with an ebitda of 5.6 million and a net financial debt of 28 million (34 million) (See here a previous post by BeBeez). Util has sales of 88 million (103 million). The ceo Fernando Bertoni said to BeBeez of having implemented a strategy for the optimization of the company’s cash flow and the expansion of the core business to the fields of renewable energy and construction sector.