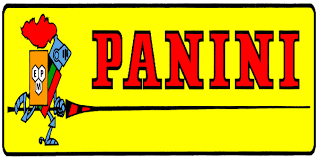 Iconic Italian stickers producer Panini will not list on Nasdaq as the business combination talks with Slam Corp, a Spac that Antara Capital and US baseballer Alex Rodriguez sponsored, resumed (see here a previous post by BeBeez). Earlier in February, Slam listed after having raised 575 million US Dollars and started to discuss a business combination with Panini on the ground of an enterprise value of 3 billion US Dollars. However, press reports said that Slam called off the talks as Fanatics Inc, a competitor of the Italian company, signed an agreement with NBA (National Basketball Association), NFL (National Football League) and MLB (Major League Baseball). Panini reportedly retained Lincoln International as financial advisor. The company has sales of 800 million euros and an ebitda in the region of 230 million. Panini’s owners Aldo Hugo Sallustro (ceo), Anna Baroni (chairwoman) and Maria Francesca Baroni hired Lincoln in 2018 for finding a private equity investor on the ground of an enterprise value of one billion euros, but the sale was not successful.

Aurelius, a German mid-market investor in carve-outs and turnarounds, appointed Ludovico Denza as managing director and head of its Italian bureau. Aurelius has branches in Montecarlo, London, Stockholm, Madrid, Amsterdam, and Luxembourg. Earlier in April, Aurelius raised 350 million euros. Frankfurt-listed Aurelius Equity Opportunities SE will co-invest up to 150 million together with Aurelius.

ECSA (European Community Shipowners’ Associations) appointed Fabrizio Vettosi as the chairman of its Shipping Finance committee (see here a previous post by BeBeez). Marjolein Van Noort, the senior policy advisor of the Royal Association of Netherlands Shipowners and Coordinator of ENMC (European Network of Maritime Clusters), is the vicepresident of the group.

In 2Q21, Milan-listed permanent capital investment vehicle NB Aurora generated a NAV of 263 million euros (+3.8% to 4Q20 and +2.2% to 1Q21) or 10.71 euros per share (see here a previous post by BeBeez). NB, a vehicle that Neuberger Berman launched, generated net profits of 9.6 million. In 2020, the company generated a NAV of 253.4 million or 10.3187 euros per share after having launched a capital increase that attracted investments for 93 million.

Holding Industriale (Hind) acquired the majority of GAB, a producer of fashion apparels for French and Italian luxury brands, from Simone Lenzi and Claudia Guidarelli (see here a previous post by BeBeez). The vendors will keep their operative roles as well as Giulio Guasco. Claudio Rovere and Luca Ferraris founded Hind in 2011. GAB has sales of above 13 million euros.

Gruppo Florence, an Italian pole for the luxury fashion of which Fondo Italiano d’Investimento sgr (FII), Vam Investments and Italmobiliare own 65%, acquired Antica Valserchio, a textile company from the Bertolani Family (see here a previous post by BeBeez). The vendors reinvested for a minority. Sources said to BeBeez that the buyers financed the transaction through debt and equity. Antica Valserchio has sales of 32 million euros (32% export) and an ebitda margin of 17%.

Aliante Partners is close to acquiring the interior glass business (IGS) of Dormakaba, a Zurich-listed company with a market capitalization of 2.8 billion CHFs (see here a previous post by BeBeez). Aliante will buy the company’s plant in Bad Salzuflen (Germany) and some selected commercial offices in Europe. These assets have sales of 45 million CHFs.

Kedrion, an Italian manufacturer of emoderivative products that belongs to the Marcucci family, Cdp Equity and FSI, is one of the bidders for UK-based Bio Products Laboratory Ltd (BPL), a company that Chinese pharmaceutical company Creat Group is selling (see here a previous post by BeBeez). Bank of America Merrill Lynch is auctioning the asset and its German subsidiary Biotest. Advent International and Bain Capital tabled a joint bid in the region of 3 billion US Dollars for both the companies. Permira and German peer Fresenius SE & Co are also competing for acquiring the asset. Creat would favour a sale of both the assets to only one bidder. In 2016, Bain Capital sold BPL to Creat for 820 million GBPs. The fund acquired 80% of the asset from the British Government who kept a 20%. Bio Products Laboratory has sales in the region of 400 million euros.

NextEnergy Capital aims to fetch 600 million euros out of the sale of photovoltaic plants based in the South of Italy with a power of 150 MW (see here a previous post by BeBeez). Rothschild is handling the process. Predica Energies Durables, a vehicle of Crédit Agricole Assurance, Macquarie, Antin Infrastructure, Credit Suisse Energy Infrastructure, Tages, Ardian, Whitehelm, ContourGlobal, and CVC could be interested in the assets.

Corsair Capital hired Arma Partners for auctioning the Italian insurtech RGI that acquired in 2017 (See here a previous post by BeBeez). In 2009, 21 Investimenti and Quadrivio delisted the company from Milan market. In 2014, Ardian Expansion acquired 72% of the firm while the founder Paolo Benini and the managers kept a minority.

Milan-listed nutraceutical company Labomar signed a partnership with Var Group, a subsidiary of Milan-listed IT Sesa, of which Tamburi Investment Partners has a 20% (See here a previous post by BeBeez). The companies created the newco Labovar, of which Labomar has a controlling stake, for developing an e-commerce platform for nutraceutical products. Sesa has sales of above 2 billion euros with an ebitda of 126 million and adjusted net cash of 154 million. Sesa listed on Milan market in 2013, after a business combination with the spac Made in Italy 1.

Industrie Saleri Italo (SIL), a company of which Quaestio Capital has 26.6% since 2018, acquired CDC (Centro Distribuzione Cuscinetti), an Italian producer of automotive components from Aste Magherini and Francesco Giubbolini (see here a previous post by BeBeez). SIL also acquired the industrial rights of the brand Ruville from its commercial partner Schaeffler. CDC has sales of 10 million euros with an ebitda in the region of 0.8 million. SIL turnover amounts to 150 million. Quaestio invested in the company through the subscription of a capital increase of 15 million euros on the ground of an equity value of 56.4 million. In 2019, Dea Capital acquired 38.8% of Quaestio.

Bruno Generators Group (BGG) and Trime, a producer of light towers and generators for construction sites and events that belongs to Wise Equity, acquired Delaware-based competitor FTG Equipment Solutions (see here a previous post by BeBeez). Steve Scattolini, the company’s managing director that will keep his role, sold FTG which has sales of above 20 million US Dollars. Renato Bruno is the ceo of BGG. Andrea Fontanella and Paolo Tacconi are the chairman and ceo of Trime which has sales in the region of 63 million euros. BGG turnover is worth 110 million. In 2019, the firm hired Mediobanca for finding a financial investor.