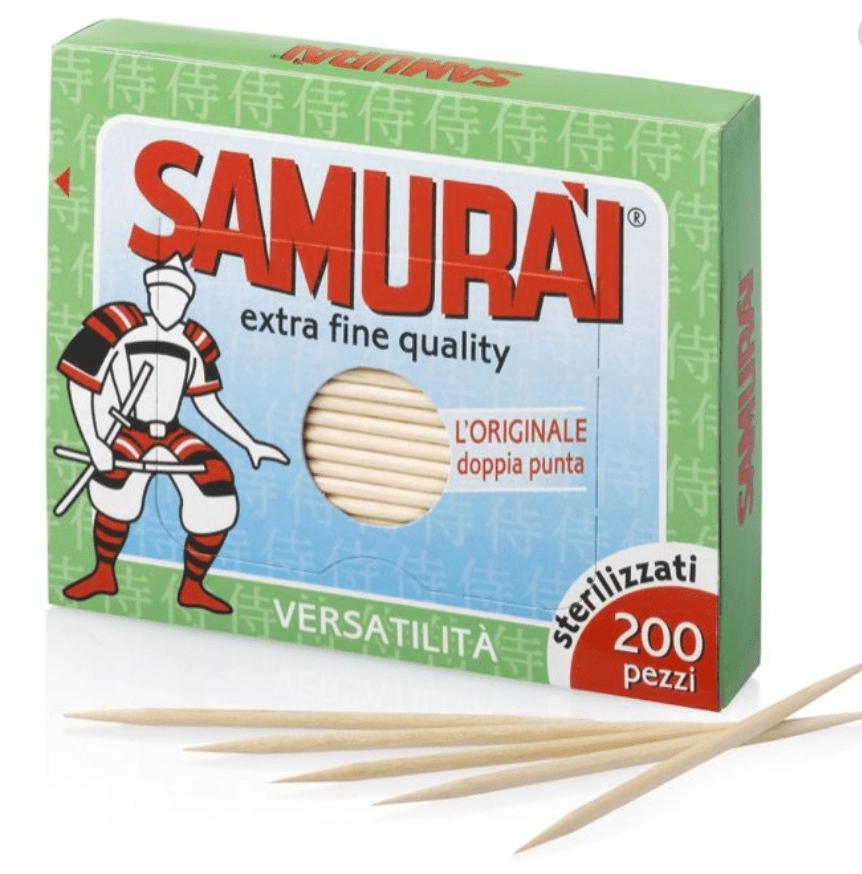 Clessidra and Magnetar Capital carried on a recapitalization of Sisma, the producer of Samurai toothpick, of cotton wool Farmacotone, and other Italian bespoke consumer products (see here a previous post by BeBeez). Sources said to BeBeez that Clessidra and Magnetar signed such agreement despite the coronavirus-related emergency. The LottiFamily founded Sisma in 1965. In 2018, the company had sales of 51.5 million euros and an ebitda of 0.8 million, while in 2019 the turnover has been of 44.9 million, with an ebitda of 0.2 million and gross financial debts of 73.7 million. In September 2019, Clessidra’s vehicle for investing in UTPs acquired from Amco and Sisma’s creditors and lenders an amount of debt of 36 million. Magnetar acquired from Prelios, Dea Capital, and other lenders, an amount of credits worth 25 million. Clessidra later sold to Magnetar 6 million of its credits with Sisma. After the recapitalization, Magnetar and Clessidra will equally own the company.

Riello Investimenti acquired 51% of insurance broker First Advisory(see here a previous post by BeBeez). Massimiliano Merlo, Giuseppe Frasca and Lorenzo Fanti (previous owners of a 60% stake) will keep 49% of the company together with Ninja 2 (previously 40%). The managers will keep their operative roles. The members of the club deal Ninja 2 are Leonardo Bruzzichesi, Nicola Pedrone, Ivano Sessa, Maria Giovanna Calloni, Dario Frigerio, Roberto Nicastro, Federico De Nora, Gianandrea Caselli, and Michelangelo Mantero. Riello Investimenti’s partners are Nicola Riello, Luigi Terranova and Andrea Tomaschù. The firm raised 50 million for a private debt fund ahead of a target of 150 million. In July 2019 the fund acquired 73% of Foodness, a producer of beverages for the sectors of HoReCa, Vending, and big distribution.

In 2019, Engineering Ingegneria Informatica, the Italian B2B software company, generated sales of 1.274 million euros (+8.2% yoy), an ebitda of 160 million (+8.5%, with an ebitda margin of 13%) and net profits in the region of 44 million. In 2019, Engineering acquired fintech firm Deus Technology and 80% of Digitelematica, a provider of e-commerce solutions for the big distribution. Bain Capital will close by April 2020 the acquisition of Engineering on the ground of an enterprise value of 1.5-1.6 billion, or 9.5-10 X the company’s adjusted ebitda. Apax and the company’s founder Michele Cinaglia will sell all their interest, while NB Reinasssance will reinvest for a minority together with the ceo Paolo Pandozy and other executives.

Milan-listed insurance broker Assiteca is interested in further acquisitions (see here a previous post by BeBeez). Tikehau Capital is a shareholder of the company, which aims to consolidate its position in the Italian and Spanish market. Earlier in February, Assiteca invested 9.041 million euros for 78.79% of web insurance comparator 6Sicuro, of which it already had 21.21%. In November 2019, Assiteca paid 5.95 million for Arena Broker. In 1H19, Assiteca generated sales of 45 million (+15% yoy), an ebitda of 10.1 million (+19%), profits of 5.15 million (+8%), and equity of 53.3 million. In November 2019, Tikehau Capital acquired 23.43% of Assiteca through the subscription of a 25 million capital increase at 2.5 euros per share. The company’s chairman Luciano Lucca reduced its stake to 60.38%.

MPilo, a Luxembourg firm of York Capital and Cyprus Elements Capital Partners, acquired Famar Italia, a third-parties producer of pharmaceutical products, and its real estate unit Famar Properties from Famar Holding Sàrl (see here a previous post by BeBeez). Greek Famar is the owner of Famar Italia and is part of Marinopoulos Group, an asset of Pillarstone Greece. Famar’s value is of 30-40 million euros. French Delpharm acquired the company’s assets in France, Canada, and The Netherlands in November 2019. Famar has sales of 131.27 million euros and in 2018 it reached an agreement with Pillarstone for restructuring its 234 million debt. The company’s liabilities reduced to 116 million and Pillarstone poured resources for 58 million. Pillarstone acquired the company’s equity while lenders had the possibility to convert in a 39% of Famar their credits. Famar Italia has sales of 17.9 million and an ebitda of minus 2.3 million.

The Mediobanca-led auction for Farbanca, the Italian bank for drugstores, reopened and bids are due by 10 Aprile 2020 (see here a previous post by BeBeez). The asset is of interest to Elliott, Banca Ifis and Prima Lending. Earlier in February, Banca Popolare di Sondrio reached an agreement for buying 70.77% of Farbanca for 30 million euros, but the Bank of Italy asked the buyer to focus on the reduction of its distressed credits. Farbanca is up for sale since 2017, when Chinese CEFC China Energy Company could not close the acquisition. The asset is of reported interest to Credito Valtellinese, Blue Skye and Atlas. Banca Ifis acquired Credifarma. Farbanca has net profits of 4.1 million (-18.7% yoy), net equity of 65.5 million (+4.6%), and a CET1 ratio of 15.72%.

Franco Manna and Giuseppe Montella, two of the founders of Italian pizzeria brand Rossopomodoro, acquired the chain Ham Holy Burger from Gruppo Sebeto (see here a previous post by BeBeez). Sebeto is the owner of the brands Rossopomodoro, Anema&Cozze and Rossosapore and it belongs to British fund OpCapita since 2018. Roberto Imperatrice, Montella, Manna and Change Capital Partners sold the asset.

Italian rapper Federico Lucia, aka Fedez, sold 51% of Doom (Dream of Ordinary Madness) Entertainment to Milan-listed Be for 2 million euros (see here a previous post by BeBeez). Be may acquire 100% of Doom in 2027. Doom Entertainment is a spin-off of ZDF, an operative vehicle for the activities of Fedez. Stefano Achermann is the ceo of Be. Be is an IT consultancy firm and has sales of 152.3 million.

The shareholders of Milan-listed permanent capital firm NB Aurora confirmed they are paying a 1.06 euros per share dividend for a total amount of 18.95 million euros (18.9 million in 2018) amid coronavirus crisi (see here a previous post by BeBeez). NB Aurora has a market capitalization of 135 million, while the company’s NAV at the end of 2019 is in the region of 161 million

Sonnedix, a solar energy company that belongs to JP Morgan Asset Management, acquired 5 photovoltaic plants with a total power of 17.7 MWp from a joint venture of Canadian Solar and Manni Energy (51%-49%) (see here a previous post by BeBeez). Axel Thiemann is the ceo of Sonnedix.

Italtel, the ICT subsidiary of Milan-listed Exprivia is going to apply for receivership (see here a previous post by BeBeez). Exprivia said to be holding talks with a restructuring fund for relaunching Italtel, which is in trouble since December 2019. In 2018, Italtel posted sales of 466 million euros (458.3 million in 2017), an ebitda of 26.1 million (14.8 million), net losses of 4.8 million (10.5 million), and net financial debt of 168.9 million (164.5 million). In December 2017 Exprivia acquired 81% of Italtel for a deal value of 113.8 million, including a restructuring of the target’s debt, Cisco kept the remaining 19%.

Longmarch, the Luxembourg subsidiary of Chinese investor Yushun Niu, is holding talks with Camfin, which owns 10.1% of Pirelli, for launching a strategic partnership for the private equity activities with a focus on the healthcare sector while the first investment of thejv will be a 10% stake inn Pirelli (see here a previous post by BeBeez). Camfin’s controlling shareholder is Marco Tronchetti Provera, while further shareholders are the RovatiFamily, Massimo Moratti, Alberto Pirelli, NB Renaissance, Unicredit, and Intesa Sanpaolo. Camfin said that it will manage its stake in Pirelli and all its investments like traditional private equity.

The readers of BeBeez News Premium have access to the BeBeezReportsandInsight Views. The monthly subscription fee is 20 euros per month plus VAT (or 240 euros per year plus VAT). The subscription to BeBeez Private Data Combo grants access to BeBeez Private Data, a database that includes the financials of more than 1700 Italian companies that belong to private equity, venture capital and private debt investors and allows to access BeBeez News Premium for a monthly fee of 110 euros plus VAT (or 1320 euros plus VAT per year). Students can subscribe to BeBeez News Premium for 15 euros (VAT included) for the first month and renew the subscription monthly. Please click here or write to info@edibeez.it for further information about the subscription procedure.
Tags:AssitecaCamfinDoomEngineeringFamarFarbancaFirst AdvisoryHam Holy BurgerItaltelNB Auroraprivate equitySismaSonnedix