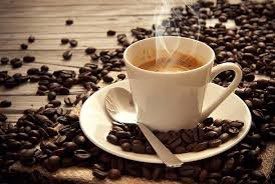 BeBeez invites you to join the Caffè BeBeez in streaming tv, on 14 December, Tuesday, at 8.45 to discuss about the private equity transactions after the coronavirus turmoil. Finint is the event’s sponsor. Stefania Peveraro, the Editor of BeBeez, will moderate panels with Mauro Sbroggiò, the ceo of Finint Investments, Alessandro Fischetti, ceo of Leanus, Vania Antonio Panizza, Head of Private Equity at Finint Investments, Antonio Marangi, ceo of Banca Consulia, Giovanni Calia, managing director of Goetzpartners, Lucio Izzi, Unicredit’s Head of Corporate Sales. Sign up here for attending the event.

The names of the banks that will be involved in the roles of lenders or advisors in the TIM-KKR mega-deal begin to parade. The point on the affair was made last Monday 29 November by Stefania Peveraro, Eitor in chief of BeBeez, who was a guest of Carla Signorile  at her tv programme Linea Mercati on Class Cnbc, the MF Milano Finanza TV (see here a previous article by BeBeez and click here to watch the video). The first name to circulate was JP Morgan, who at the same time as the expression of interest of KKR presented on November 19, deposited a letter on the board of TIM’s Board of Directors assuring that it will guarantee the financing of the operation proposed by the US private equity giant, which values ​​the equity value of the Milan-listed tlc group about 10.8 billion euros, equal to an enterprise value of 33 billions. The other names on the plate are said to be Morgan Stanley and Citi, which could join JP Morgan in financing. KKR is also said to have hired as advisor Piergiorgio Peluso, the former cfo of TIM. Bank of America Merrill Lynch, Goldman Sachs and an undisclosed big Italian bank are pitching TIM. CVC may ally with KKR or table a competing bid together with Advent, which could hire Nomura whose senior advisor is TIM’s former ceo Marco Patuano. We recall that on November 26 TIM’s Board of Directors accepted the resignation of Luigi Gubitosi, the former  TIM’s ceo and general manager (see here a previous post by BeBeez).  Mr. Gubitosi ‘s ceo powers were transferred to  the chairman Salvatore Rossi while Pietro Labriola, ceo of TIM Brasil, has been appointed as TIM’s coo (see here a previous post by BeBeez). Rossi also appointed Paola Sapienza as Lead Independent Director, and Paolo Boccardelli, Marella Moretti and Ilaria Romagnoli for assessing the offer of KKR. Mattia Caprioli as co-head the European Private Equity Activities of KKR and Alberto Signori as managing director of KKR Global Infrastructure are in charge of the deal form KKR’s side (see here a previous post by BeBeez).

Nextalia, a private equity that Francesco Canzonieri founded, completed its first fundraising closing of 563 million euros ahead of a hard cap of 800 million (see here a previous post by BeBeez). Canzonieri founded Nextalia with the support of UnipolSai Assicurazioni, Micheli Associati, Confederazione Nazionale Coldiretti, and Intesa Sanpaolo. Nextalia attracted the money of banks and insurers (45% of the resources), family offices and entrepreneurs (35%), pension funds, and the firm’s managers (20%).

Mandarin Capital Partners (MCP) acquired Vitella, Starmix and Effedue, three producers of machinery for the food industry, from Alberto Vitella, Michele Stella and Luca Fabris (see here a previous post by BeBeez). The fund will integrate the assets with the holding Fomab, in which the vendors will have minority stakes and management roles. Paolo Zunino and Gianluca Boni will be the ceo and the chairman of the group, manager. Vitella has sales of 6.5 million euros, an ebitda of 1.1 million and net cash of 4.1 million. Starmix generates revenues of 5.3 million, an ebitda of 1.2 million and net cash of 2.8 millioni. Effedue has sales of 4.9 million, an ebitda of 0.551 milion and net cash of 0.353 million. Mandarin Capital Partners also acquired 63.7% of Selematic, from Vertis who acquired the business with the support of Banco Bpm and UniCredit on the ground of an enterprise value of 20 million in March 2017 from the Amabile Family that kept 26.3% of the business, (see here a previous post by BeBeez).  Anna Maria Amabile (ceo), Lucia Amabile and Loredana Amabile will keep a minority of Selematic and their management roles. MCP appointed Roberto Bonini as chairman of Selematic which has sales of 10.9 millions, an ebitda of 2.8 millions and net cash of 3.6 million. MCP also acquired Procosme, a research pole for the cosmetics sector, from the Pisana family (see here a previous post by BeBeez). MCP will integrate Procosme with Ymenso, a cosmetics holding who is also parent holding of Nuova Fapam, another cosmetics company in MCP portfolio, that aims to generate revenues of 50 million through organic growth and m&a. Procosme has sales of 3 million and an ebitda of 190k euros.

Datrix, an Italian big data company, listed on Milan market on 3 December, Friday (see here a previous post by BeBeez). Datrix raised 15 million euros through a capital increase that investors subscribet at 4.10 euros per share. The company’s initial market capitalization will be of 65.1 million. After the listing, Datrix will belong to the managers (43.8% of the business and 70% of the voting rights), United Ventures (8.2% and 4.4% of the voting rights), 8a+ Investimenti (5.6% – 3%), small shareholders (15.7% – 8.4%), publicly trated equity (26.7%).

Italian Spac Revo completed the acquisition of Elba Assicurazioni, an Italian insurer (see here a previous post by BeBeez). Revo paid 163.9 million euros for Elba, who retained Rotschild as advisor. The vendors are Roberto Checconi (25%), Francesco Micheli (22%) and other minority shareholders. The company previously attracted the interest of Liberty Mutual who tabled a rejected bid of 80 million. See here BeBeez Insight about Spacs available for the subscribers to BeBeez News Premium.

EOS Corrugated Group, a producer of materials for the packaging industry that belongs to private equity Capza, acquired 65% of Policart, a manufacturer of polyurethane parts and components for the corrugated board industry, from Alessandro Torresi and Dario Tassi, who will hold 34% of the group (see here a previous post by BeBeez). Andrea Moneta owns 1% of Policart which has sales of 7.2 million euros, an ebitda of 0.675 million and net cash of 0.831 million. EOS Corrugated Group is born in 2013 out of the merger of Spain’s Rodicut Industry and French Bricq. Capza (fka Capzanine) acquisired a controlling stake in the company in 2018. Stefano Zavattaro is the country manager of Capza.

Palladio Finanziaria Holding (PFH) will acquire a minority of Bernardinello Engineering (see here a previous post by BeBeez). Afra and Blue Water Holding sold their stakes in the business. Afra belongs to Angelo Bernardinello and Federico Nicolazzi. Blue Water belongs to Italglobal Partners since 2015 and will sell its 23% of Bernardinello to Palladio. The target has sales of 28.8 million euros, an ebitda of 6.6 million and net cash of 4.1 million.

Lifeanalytics, part of Cerba HealthCare, acquired Abich, a porvider of chemical and bilogical analysis services, from the founders Stefano Todeschi (ceo) and Elena Bocchietto (see here a previous post by BeBeez). Lifeanalytics belongs to Cerba HealthCare, a portfolio company of EQT and PSP Investments who acquired the asset from Investindustrial. Abich attracted the interest of Groupe Inovie, part of Ardian since the end of 2020.

TEC Beauty, an investment vehicle of The Equity Club, acquired the majority of Hair Styling Applications (HSA Cosmetics), an Italian manufacturer of haircare and skincare products (see here a previous post by BeBeez). The Zanzo Family sold a 72.15% of HSA. Stefano Zanzi and Davide Zanzi kept 14.2% and 13.65% of the business. Intesa Sanpaolo – IMI financed the transaction with a 29 million euros facility. Roberto Ferraresi, the founder of The Equity Club, will join the target’s board. HSA has sales of 37.6 million euros, an ebitda of 6.6 million and net cash of 7.6 million.

Project Informatica, a portfolio company of Hig Europe acquired Converge, an Italian system integrator, from the founder Pierluigi Cetto and other shareholders who will keep a minority of the buyer (see here a previous post by BeBeez). The Italian Antitrust authority must authorize the transaction. Converge has sales of 102.8 million euros, an ebitda of 7.1 million and net cash of 24.3 millioni. Hig Capital is one of the investors that BeBeez Private Data, the Database that BeBeez developed with FSI, monitors (find out how to subscribe for only 110 euros a month)

Gruppo Montura, an Italian producer of sport outfit, sold a 55% to competitor Herno and financial investor Nuo, a vehicle that Milan-listed Exor and WWICL, a family office based in Hong Kong that belongs to the Pao Cheng Family (see here a previous post by BeBeez). Roberto Giordani sold the stake in Montura. Nuo Capital is one of the investors that BeBeez Private Data, the Database that BeBeez developed with FSI, monitors (find out how to subscribe for only 110 euros a month)

Mid Infra SLP, an investor in infratructure that belongs to Schroders Capital, acquired 28% of BelEnergia, a Luxembourg-based company that builds and manages renewable energy plants (See here a previous post by BeBeez). Vincent Bartin, the company’s chairman, sold the stake and kept the majority of the firm together with the co-founder Jacques-Edouard Lévy.

Chiron Energy Capital, a renewable energy company, completed the bureaucratic procedures for building six plants in the North of Italy with a total power of 25 MW (see here a previous post by BeBeez). Paolo Pesaresi is the ceo of Chiron. Solux Engineering Energy acted as technical and engineering advisor.