Italy’s Wycon Cosmetics looks for a new minority investor, while funds are lining up for the Kiko deal 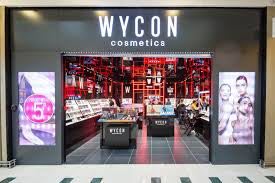 Wycon Cosmetics, a well knownb Italian make-up brand, owned by Gianfranco Satta and Raffaella Pagano, is looking for a minority investor, Mergermarket wrote and Mr. Satta and Mrs. Pagano then confirmed in a note that they are “evaluing the entry of a foreign fund as a minority shareholder  in the company in order to accelerate the international development of the brand”.

Ethica Corporate Finance is the andated advisor and interest for the deal is reported to be from Trilantic Capital Partners, L Catterton and Argos Soditic.

In the same cosmetic sector international private equity funds are studying the dossier of another Italian group, Kiko. The latter breached its financial covenants on about 200 million euros of debt (see here a previous post by BeBeez). Apollo Global Managment (through its new Italian platform Apollo Delos), Carlyle, CVC, Investindustrial and Peninsula as well as a Special Purpose Acquisition Company (Spac) are said to be interested to te deal.