Permira, together with the Abu Dhabi Investment Authority (ADIA), the sovereign fund of Abu Dhabi, has officially signed the deal for the acquisition of 65-70% of Kedrion, the leading Italian group in the production of blood products, up to now controlled by the Marcucci family and also owned by Cdp Equity (through FSI Investimenti spa, a joint venture between Cdp Equity at 77.1% and Kuwait Invesmtent Authority at 22.9%) and by the FSI fund. According to BeBeez, Kedrion was valued at around 2 billion euros, considering the 555 million euros of net financial position at the end of September 2021 and an equity value of between 1.3 and 1.5 billion (see here press release by Permira, the one by FSI and the one by Cdp Equity).

For their part, both the Marcucci family and FSI have already undertaken to reinvest upstream of the control chain, while Cdp Equity has reserved a reinvestment option for approximately 5%, alongside the Marcucci’s (17%) and FSI ( 13%). In detail, the acquisition of Kedrion will be made through the newco Kevlar srl, which will acquire the shares of Kedrion from the current shareholders.

It was known that Permira had been in talks for the deal since last December (see here a previous article by BeBeez), but the news is that the transaction has ADIA as a co-investor.

Also as already leaked last December, Permira structured the operation on Kedrion at the same time as the acquisition of Bio Products Laboratory Ltd (BPL), a British company specialized too in plasma derivatives, which had been put up for sale by the Chinese investment group Creat Group after the US government asked that in order to avoid excessive business concentration. BPL specializes in the pharmaceutical sector and Kedrion had studied his dossier last September (see here a previous article by BeBeez). BPL will in turn be acquired by Kevlar and will then be integrated with Kedrion, giving rise to a new company with 1.1 billion euros in revenues and which will employ nearly 4,000 people worldwide.

Permira was advised by Morgan Stanley, EY, Latham & Watkins, Giliberti and Triscornia e Associati. The shareholders of Kedrion were assisted by Lazard, Natixis, Carnelutti and Pedersoli. BofA Securities and Goodwin Procter advised BPL and TII, the sole shareholder of BPL. 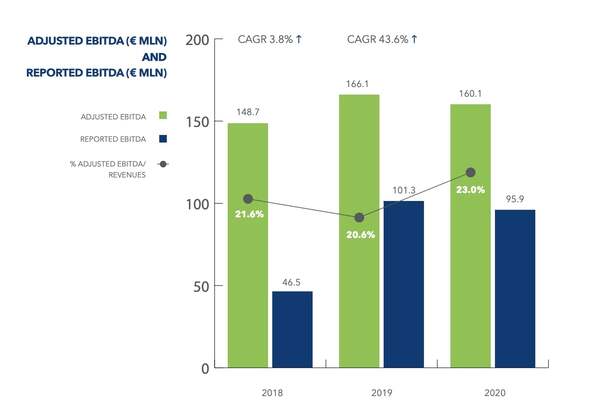 Leading the deal for Permira was  Silvia Oteri,, partner Head of Healthcare, who declared: “We are honored to collaborate with the Marcucci family in this exciting project that brings together two players of the highest level, Kedrion and BPL, in the field of plasma therapies derivatives, a growing sector characterized by a significant yet unanswered demand for therapies. This investment fits perfectly into the Specialty Pharma segment of our strategy: supporting highly specialized companies in attractive and resilient therapeutic areas. Together, the two companies will have a significant portfolio of pharmaceutical products that can help patients with immune or clotting disorders. For our part, we look forward to working with them to build a world-class reality specialized in rare diseases and deeply committed to patients and donors”. Mrs. Oteri was also the director of the creation of Althea (former Pantheon Group), one of the leading European operators in the integrated management services of medical equipment in healthcare facilities, born in 2014 from the merger of Asteral Ltd with Mesa Group Holdings GmbH, both Permira’s portfolio companies at the time. Since then the group has grown successively through acquisitions and in Italy in 2014 it bought and delisted from the Milan Stock Exchange TBS Group, a company that designs and manages clinical engineering services (see here a previous article by BeBeez).

As for FSI, the Kedrion operation was led by the chief investment officer Barnaba Ravanne and the fund’s Pharma team, led by Giacomo Tofani, assisted by the two industrial partners Francesco Granata (a former top manager of Biogen Idec, Schering-Plow Europe and Canada, Pfizer, Pharmacia and Dompè Biotec) and Aldo Magnini (a former top manager Cambrex Profarmaco Milano, the Generic Business Unit of Cambrex USA and Clariant Italy). The pharma, in fact, is one of the sectors in which FSI believes it can play an important role in terms of aggregation and support for the growth of the many Italian SMEs that make it up.

The ceo of FSI sgr, Maurizio Tamagnini, commented: “I met the Marcucci family in 2012, when Kedrion had a turnover of 250 million euros, mainly in Italy. In ten years the company has quadrupled its size, with over 80% overseas and a significant presence in the US This investment testifies to FSI’s role as a partner of courageous family entrepreneurs who open their capital to a patient fund for transformational growth. With this goal, FSI has decided to make a new investment in the new Kedrion-BPL combination to accompany it in the next development phase “.

We recall, in fact, that the FSI fund had entered the capital of Kedrion in October 2019 with 19.59%, investing a total of 150 million euros for the deal, of which 100 millions for the purchase of shares from Sestant Internazionale spa (holding of the Marcucci family) and other 50 millions to underwrite a capital increase. At the same time, FSI Investimenti had subscribed to a further share capital increase of 16.7 million euros to keep its 25.06% stake in the group unchanged (see here a previous article by BeBeez). To date, FSI owns 24.1%, after having further invested in Kedrion last March.

FSI Investimenti had instead joined Kedrion earlier, in May 2012, when Mr. Tamagnini and his team still worked for Fondo Strategico Italiano and also managed FSI Investimenti. The latter had then acquired 18.6% of the group’s capital and resolved to invest up to 150 million euros, of which 75 millions in equity and other 75 millions in convertible bonds, joining the Marcucci family and the Investitori Associati fund in the capital, with the latter who sold back in 2013 its 32.25% stake for 196 millions to the Marcucci’s. Subsequently FSI rounded up its stake, converting part of the bonds, and to date the total investment has been 117 million for 25.1% of the capital.

Following the entry into the capital by FSI Investimenti, Kedrion in the Summer of 2012 bought Rhogam, a division of Johnson & Johnson’s specialized in immunoglobulin, and since then the great growth of the business in the United States has begun. Also in North America, last June 2021 Kedrion announced the purchase of the Canadian Prometic Biotherapeutics Inc. and of the US-based Prometic Bioproduction Inc from Liminal BioSciences Inc., a group specialized in the clinical development of drugs and listed on Nasdaq, in addition to the acquisition from Liminal itself of two plasma collection centers, one located in Amherst (New York, USA) and one in Winnipeg (Manitoba, Canada) with the hiring of the relative staff (see here a previous article by BeBeez).

Today Kedrion boasts an extensive portfolio of 21 pharmaceutical products and over 600 marketing authorizations worldwide. Kedrion operates 6 manufacturing facilities on a global scale and 29 collection centers in the United States. As for BPL, it operates a production plant in Great Britain and a strong presence in the United States, where it has 28 plasma collection centers.

The aim of the combination of the two groups and the entry of new investors is to continue to support the company in organic growth through the internationalization of the existing portfolio and the development of new products and to pursue inorganic growth opportunities to become a diversified and specialized platform in development of treatments for rare diseases.

Paolo Marcucci, president of Kedrion, commented: “We are very happy to partner with Permira, and we are delighted that they share our vision of the enormous global growth potential of this important and dynamic sector. The unified group will not only bring complementary assets. necessary to be a leading global player; it will also allow us to reach more patients who need plasma-derived therapies”.