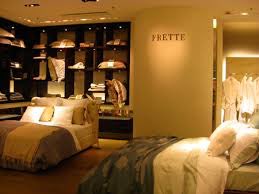 Founded in 1860 and based in Monza (near Milan), Frette had consolidated sales of  90 million euros in 2013 and it sells through a combination of directly operated stores, wholesale accounts and to hotels via the hospitality channel. Frette has 15 directly owned boutiques around the world on the most exclusive shopping boulevards in locations including Paris, Milan, Rome, New York and Beverly Hills and is present in high-end department stores from Los Angeles to London and Moscow to Hong Kong.

Founded in 2003 by former chairman of well-known British retailer Mark&Spencer, Luc Vandevelde, Change capital partners considers Italy as a key market and the team has several native Italian investment professionals.  In December 2010 the firm acquired a majority stake in Vesevo (now Sebeto Group), a leading Italian casual restaurant chain with over 120 locations in Europe and the US. Sebeto Group counts the Rossopomodoro, Rossosapore and Anema e Cozze brands among its dining formats.

In the luxury sector previous investments include Jil Sander, which was acquired from Prada in 2006 for 50 million euros and was sold to Japanese apparel group Onward Holdings in 2008 for 167 millions following a successful turnaround.