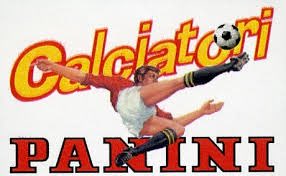 After having published super-figures for FY 2014, the world leader in the published collectable sector Panini spa might try  to find a private equity partner  again, Italia Oggi wrote some days ago.

Headquartered in Modena (in the Emilia Romagna Region), Panini is also  one of the leading publishers of children’s magazines and books, comics, manga and graphic novels, in both Europe and Latin America and in 2014 reached spectacular results thanks to the World soccer cup in Brazil and sales of the relative collectible edition in more than 125 countries.

This is not new in Panini’s history as it is quite a usual happening for Panini’s revenues to skyrocket by an average 20% when World soccer cups or Olimpics happen.

Paini is owned (thorugh Id4 Investimenti ) by Fineldo (an holding company controlled by the Merloni family) and by the ceo Aldo Hugo Sallustro. Id4 consolidated revenuews reached over 758 million euros in 2014 (from 547.7 millions in 2013) with a 198 million euros ebitda (from 44.5 millions) and a net profit of 125 millions (from 6.4 millions). This is a huge difference to FY 2013’s figures and the company alerts specifically in the FY 2014 statements about the World soccer cup reason.

This is not the first time that Panini is thinking of a private equity partners. Back in 2008 Corriere della Sera newspaper wrote that Mr. Sallustro had called Mediobanca in order to sell a minority to a private equity fund and finance the company’s growth by m&a deals. Back then Panini was rather leveraged with a financial net debt of about 300 million euros. Many private equity funds were said to be interested  such as Tpg, Apax, Candover,Bridgepoint and Clessidra. But a deal was not closed then and Panini kept on growing by itslef.

In July 2013 Il Sole 24 Ore  newspaper wrote that Panini’s shareholders had decided to sell the whole company and that advisor to the deal was Nomura. Again many private equity funds were said to be interested such as Clessidra, Carlyle, Axa Private Equity and in September 2013  Il Sole 24 Ore wrote that CVC and BC Partners had be selected for the last phase of the auction. Again however a deal didn’t come as counterparts did not agree on the price as Panini’s shareholders asked for an enterprise value of one billion euros after the company had closed FY 2012 with more than 600 million euros in revenues and 100 million euros of ebitda.