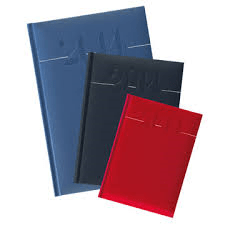 Lediberg spa, a leading Italian group in the graphic arts industry, has been acquired in full by Lebit Holding spa, which is controlled by Lebanese IRIS Capital Fund and partecipated by a group of Italian entrepreneurs, MF-Milano Finanza writes today. Lediberg used to be a portfolio company in private equity operator Synergo sgr and was founded by Castelli family. Both won’t be shareholders anymore.
The transaction, which was concluded on February 27 2014, has resulted in the reduction of the financial debt of the group through a capital increase of 60 million euros and an agreement of debt restructuring with a number of banks (Intesa Sanpaolo, Unicredit, Monte dei Paschi di Siena, Bnl-Bnp Paribas, Natixis, Ikb). The new investors, Lebit Holding spa, advised by K Finance and R&G Consultant, have invested 20 million euro of new equity while the banks  have signed a debt restructuring agreement that allows the substantial decrease of the financial debt of the group, down to 83 million euros from previous 140 millions.
More in detail, of the 20 millions injected, 5 millions are new finance while 15 millions have been used to buy 50 million euros of banking credits which in turn have been converted in equity by Lebit Holding. Finally banks converted 5 million euros of credits in hybrid capital financial instruments.
The chairman of Lebit Holding, Mr. Joe Seikaly, brings extensive experience and leadership in the graphic arts industry. Mr. Seikaly, as head of Express International, will capitalize on the combined synergies of both groups. The group is thus planning to expand rapidly, with the aim of increasing its current turnover of 156 million euro to 209 million euro by 2018.
The new management of Lediberg will be headed by Mr. Andre Rami as ceo,  who brings extensive experience in m&a, and Mr. Maurizio Castelli as COO – who contributes specialized expertise in operational management.
The transaction included the following companies: Lediberg spa, Cangini Filippi spa, Nazareno Gabrielli Diaries spa, Gunova Kalendar GmbH, Lediberg Gmbh, Lediberg BV, Ediciones Deusto, Bresson Lediberg, Castelli Diaries UK, Castelli North America, Castelli Middle East FZE, Agendas Pombo Lediberg Ltda, Nazareno Gabrielli Romania Prod. Srl, Lediberg Sp. Zo.o., Idea Prima S.r.l. and Castelli Bolis Poligrafiche spa.
Legal advisors were: Alem & Associates on the transaction overall structuring as well as advising the international investors, Avvocati di Impresa to the Italian investors, , Studio Gianni, Origoni, Grippo, Capelli & Partners to Lediberg. Legal advisor to the banks were Linklaters. Financial advisor to the company and to the old shareholders was Lazard.