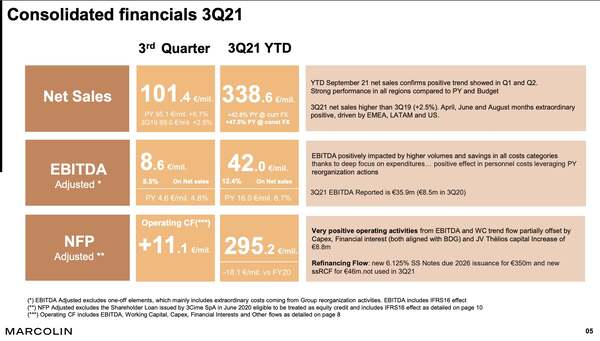 On 23 December, the Marcolin, the Italian eyewear manufacturing group delisted from Piazza Affari in 2013 and since then controlled by PAI Partners, sold  to LVMH its 49% stake in the Thélios joint venture that the two groups had set up in 2017 and at the same time repurchased from LVMH the 10% stake that the French group owned in Marcolin (see the press release here). The entire operation, which had been announced at the beginning of December, brought 128 million euros of net cash into Marcolin’s coffers (see here the press release and here the information note). In the transaction LVMH was assisted on a legal level by BonelliErede, while Marcolin was supported by Pedersoli law firm.

LVMH had bought 10% of Marcolin in January 2017 based on an entire group valuation of 500 million euros (see here a previous article by BeBeez). The pan-European fund had acquired 78.6% of the capital of Marcolin in 2012, for around 207 million euros from the shareholders adhering to the shareholders’ agreement (Marcolin family, Andrea and Diego Della Valle) and from Antonio Abete (see here the press release of the time). Subsequently Giovanni, Cirillo and Maurizio Marcolin, Andrea and Diego Della Valle and Antonio Abete reinvested in the controlling holding of the acquisition vehicle Cristallo spa, for a 15% stake in Cristallo, which in turn then launched the mandatory tender offer on the rest of the shares in circulation for a total consideration of approximately  56 million euros, based on an EV valuation of approximately  263 million euros, equal to 7.7x the 2011 ebtida, which was 34.2 millions (see the Offering Document here). The takeover bid then closed successfully in February 2013, leading to the delisting of the stock from the Italian Stock Exchange.