byValentina Magri
in Companies, M&A and corporate finance, Private Equity
A A
Share on FacebookShare on Twitter 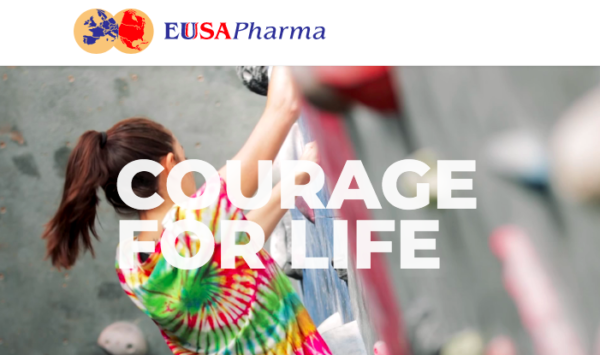 Recordati, the largest Italian pharmaceutical group, listed on Euronext Milan and controlled by CVC Capital Partners and its co-investors PSP Investments, Stepstone and Alpinvest after the December 2018 takeover bid (see here a previous article by BeBeez), has announced the acquisition of Eusa Pharma, a British company specializing in the treatment of rare and niche oncological diseases, which was valued 750 million  euros (enterprise value) (see the press release here).

The seller is EW Healthcare Partners, an investor specializing in the pharmaceutical and medical sector active since 1985, which had invested in the company for the first time in 2007 participating in a 175 million dollar round together with 3i Ventures, Goldman Sachs, Advent Venture Partners, NeoMed and NovaQuest (see the press release of the time here). The group of investors, then, in 2012 had sold Eusa for 700 million dollars to Jazz Pharmaceuticals, but then in 2015 it had returned to invest in the company alongside the founder and then ceo Bryan Morton and spun it off from Jazz (see here the press release of the time).

The acquisition of Eusa will be financed by Recordati through existing liquidity and a bridging loan fully subscribed by JPMorgan and Mediobanca. Closing is expected in the first half of 2022.

Immediately after the news, Recordati stoks gained 1.3% at the opening of last Friday’s trading session, only to close down by 0.6%, at  53.38 euros per share. A cautious reaction, perhaps motivated by the economic terms of the agreement.

In fact, Recordati paid no little for the English target. The 750 million euros value is to be compared to an ebitda of just over 19 million euros in 2020 (see here Eusa’s FY 2020 statement) and corresponds to a multiple of more than 37x the ebitda 2020 while Recordati itself, increasingly focused on the treatment of rare diseases, currently travels on a multiple of the 2020 ebitda of just over 21x. However, it should be remembered that Eusa is growing at a very rapid pace. In fact, in 2020 it increased revenues by 75%, to 140 million euros from 80 millions in 2019 (compared to -2.2% for Recordati), the year in which an operating loss of 23 million was recorded.

It is no coincidence that Equita, a well known Italian securities broker, believes that the deal on the whole is to be considered positively even if the entry multiple is high, ie 6x the current sales and 23x the ebitda estimated in 2023 (see here Radiocor). Numbers are justified by the fact that Eusa works in the segment of rare diseases with high growth potential; however the exploitation of the technological platform for new therapies is to be investigated. The deals means infact Recordati’s entry into the oncology world and the options for expansion are still to be evaluated. According to Equita, the acquisition will increase adjusted earnings per share by 5-6% in 2023 while the 2022 debt / ebitda is expected to rise to 2x, limiting the space for less cabotage deals.

Eusa Pharma was founded in March 2015 and has rapidly become a leading player in the sector with a portfolio of 4 products in the segment of rare and niche oncological diseases with approximately 130 million net revenues in the 12 months preceding 30 June 2021 and a net debt, at the same date, of approximately 26 million. The company has commercial presence in Europe, the Middle East, Africa and the United States, as well as in other areas of the world. The company employs over 200 people, has a strong patient-centered culture and has deep expertise in its therapeutic areas.

EUSA Pharma’s products include: Qarziba, an anti-GD2 monoclonal antibody indicated for high-risk neuroblastoma, approved in Europe and other countries, and with potential for expansion in the United States; Sylvant, an anti-IL-6 monoclonal antibody, the first and only approved treatment for Multicentric Idiopathic Castleman Disease (iMCD) in the United States and Europe, also marketed in other countries and well positioned in a market with limited options for the patients; Fotivda, a highly selective oral small molecule that acts as a tyrosine kinase (TKI) inhibitor of vascular endothelial growth factor (VEGF) receptors 1, 2 and 3, approved in Europe and other countries for the first-line treatment of cancer advanced kidney cells; Caphosol, a medical device for oral mucositis due to chemo and radio therapy, approved in the United States, Europe and other markets. Eusa’s product portfolio is expected to peak in total annual sales of approximately 250 millions, including the potential approval of Qarziba in the United States, with ebitda margin in line with the current average profitability of the rare disease segment.

The acquisition will provide Recordati with a product portfolio which is expected to contribute in 2023 with revenues of over 150 million euros and an ebitda of around 50 millions. In 2022-2023, non-recurring costs, resulting from the transfer of production technologies and costs relating to the acquisition and integration, are estimated at approximately 35 millions (figure subject to the closing times of the operation). The transaction does not change Recordati’s dividend policy, which confirmed the payout ratio of 60% of consolidated net profit.

Robert Koremans, ceo of Eusa Pharma, said. “Eusa Pharma boasts a highly efficient commercial infrastructure, in-depth expertise in its therapeutic areas and an organization with a solid patient-centered culture, and which we will be happy to welcome to Recordati, preserving its skills and knowledge, its know-how and the consolidated network of relationships “.

Andrea Recordati, chariman of the group of the same name, explained: “We believe that the acquisition of Eusa Pharma represents an excellent opportunity to further expand and strengthen our portfolio with products with high growth potential in a new and under-served therapeutic area. , that of rare and niche oncological diseases, also providing us with a platform for possible future expansion in these areas. The acquisition is a further and important step forward in the implementation of our strategy, aimed at increasing our presence in the rare disease segment and implementing our mission: to improve patients’ lives by providing innovative treatments that respond to serious unmet medical needs ” .

Recordati in October 2020 approved the reverse merger by incorporation of Fimei spa (which holds 51.820% of the share capital) and Rossini Investimenti spa (which holds 100% of Fimei) into Recordati spa. The companies are all subject to management and coordination by Rossini Luxembourg sarl, indirectly held by the CVC Capital Partners VII Limited fund, managed by the private equity CVC Capital Partners (see here a previous article by BeBeez).  Rossini Luxembourg sarl is the vehicle that was used by CVC and its co-investors PSP Investments, Stepstone and Alpinvest, to launch the takeover bid on Recordati in December 2018. We recall that in November 2019 Rossini sarl (therefore upstairs with respect to the announced merger operation) issued a senior secured high yield bond of 650 million euros, with a floating rate equal to the three-month Euribor rate plus 3.875% and maturity 2025. The bonds were listed on the Luxembourg Stock Exchange (see here a previous article by BeBeez). The issue was aimed at refinancing one of the two 650 million euro bond issues in October 2018, made to finance the indirect acquisition by Rossini of the majority of Recordati.