A new launch for Ariane 5, while Avio Space mulls ipo of the Milan Bourse 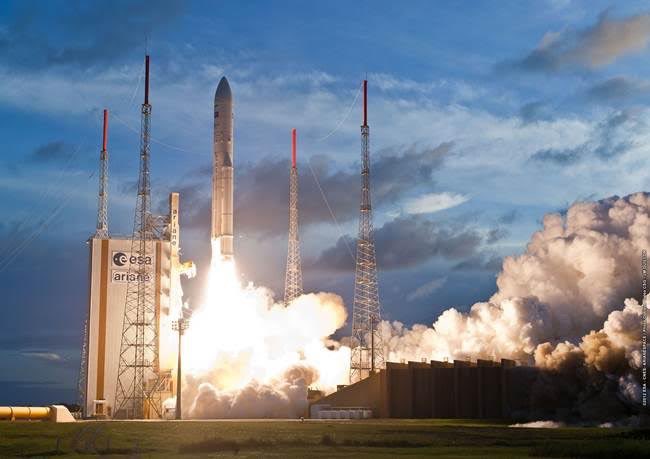 The European launcher Ariane 5 has successfully launched the Eutelsat 8 West B and Intelsat 34 satellites into orbit. Provider of the solid propulsion motors and liquid propulsion turbopump has been Italy’s Avio Space, a world leader in the design and production of launch vehicles, components and systems for spacecraft propulsion, which is responsible for approximately 15% of the European launcher (see here the press release).

“2015 has been an intense and satisfactory year for Avio. As well as the successes of Ariane 5 and the two perfect Vega launches, we have recently signed a contract with the Esa worth around 400 million euros for the development of the new Vega-C launcher”, Avio’s ceo Pier Giuliano Lasagni, said.

In mid-August Il Sole 24 Ore newspaper wrote that Avio, which is controlled by private equity firm Cinven (81%) and partecipated by Italian state-controlled defense conglomerate Finmeccanica (14%) and its managers. is considering an initial public offering on the Italian stock market and has kicked off a beauty contest to find the banks to help Avio list on the Milan bourse.

Avio Space is what it has been left of the old Avio group as General Electric bought all its the aeronautic activities back in 2013. Rumors about a coming sale to industrial groups have been circulating since the beginning of 2014. French Safran,  Eads Astrium (Airbus group ), Thales and Alcatel expressed their interest for a deal. Finmeccanica is already active in the aerospace sector with two companies: Telespazio and Thales Alenia Space, both being a joint venture with Thales.

In any case Finmeccanica is expected to raise its stake in Avio’s capital. Speaking last June at the Paris Air Show, Finmeccanica’s ceo Mauro Moretti said that “It’s clear that there’s an interest by Finmeccanica, which wants to continue to be present” and that “there is talk of a majority or of other forms that can safeguard the activities of the Vega launcher, which is a national patrimony” (see Ansa here).

In 2014 Avio Spazio posted revenues of 224.5 million euros and is said to be valued about 250 million euros.  In 2013 Avio reached 287.6 millions in revenues with an adjusted ebitda of 39.6 millions (download here the FY 2013 statement). Avio  is an international leader in the space launcher sector and in spacecraft propulsion and space travel. It has 5 sites in Italy, France and French Guiana, and employs over 700 people.

Private equity deals in Italy. What’s on the desks this Autumn