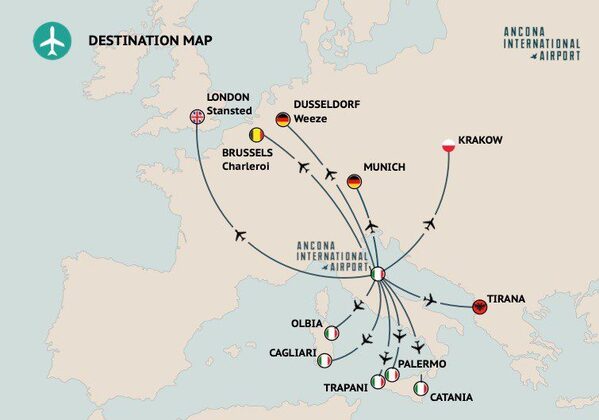 In pole position is said to be Innovest spa, an investment company founded in 1993 with headquarters in Milan, with a focus on companies that need radical changes, a new entrepreneurial vision or subject to bankruptcy procedures, in which it invests both in equity and in debt. Innovest is said to act among a consortium with a group of entrepreneurs from the Marche Region, close to leading national exponents of the Fratelli d’Italia party, a party that expresses the governor of the Marche Region, Francesco Acquaroli.

The other claimant is said to be a Venetian group based in Verona, in partnership with a foreign investment fund that also deals with non-civil aviation. From this point of view, the long Sanzio runway and the wide spaces available to it would be tempting for aircraft repair activities.

Njord Partners, a fund specializing in the restructuring of distressed companies, had entered the capital of the airport company as mentioned in 2019, after the homologation decree of the arrangement with creditors issued by the Ancona Court. The fund invested 15 million euros to support the 3-years recovery plan which at the same time provided for the introduction of a further 25 million euros of fresh capital made available by the Marche Region, after the approval of the EU Commission. All this to pay off 40 million euros of debts and relaunch the airport.

Since then, however, the airport’s financial situation has worsened, affected by the consequences of the Codiv-19 pandemic. The company closed 2021 with only 3.8 million euros in revenues (from 2.5 million in 2020), a negative ebitda of 3.8 million (from -4.2 million in 2020), a net loss of 3 , 2 million (from 2.3 million) and net liquidity of 3.7 million (from 2.6 million). Numbers that were very different in 2019, when the airport closed with 5.7 million in revenues, a negative ebitda of 4.8 million, but a net profit of 12.4 million, thanks to the financial management that had implemented the relaunch plan, and net liquidity of 2.1 million (see the Leanus report here, after registering for free).