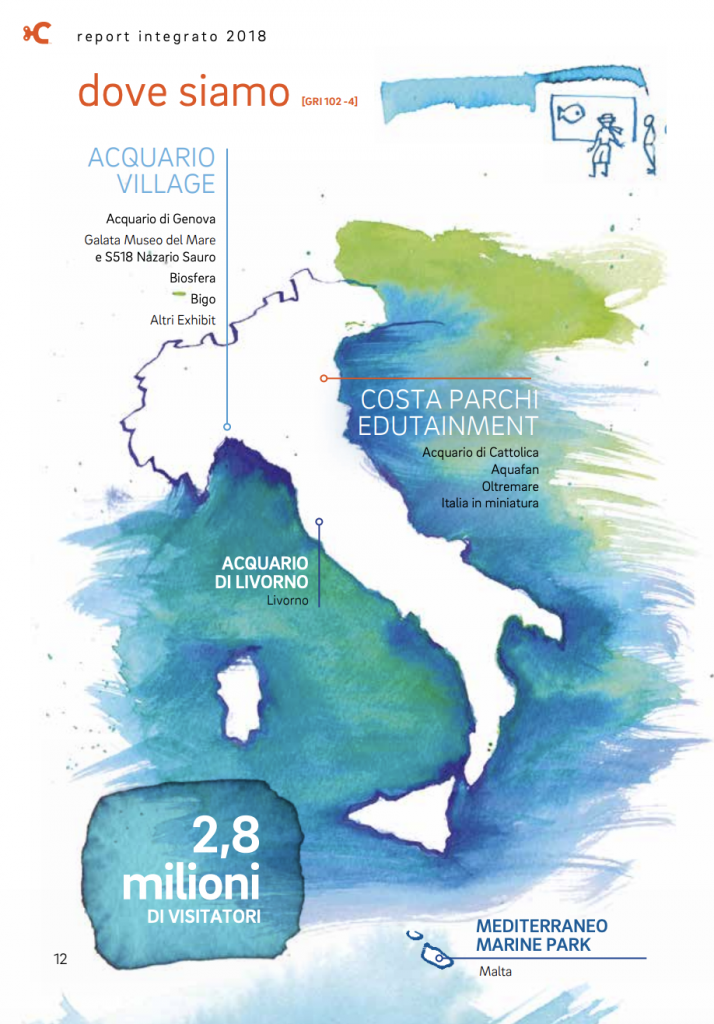 Oaktree is studying an investment in Costa Edutainment spa, the Genoa-based company that manages a series of entertainment and science education parks, including the Aquarium of Genoa, MF Milano Finanza writes today, stating that the deal would be part of a shareholdings reorganization on the upper floors of the group chaired by Giuseppe Costa (a member of the Ligurian family of entrepreneurs who also controlled Costa Cruises among other assets) and led by ceo Giorgio Bertolina.

In January 2016, Vei (Palladio Finanziaria group) had subscribed a capital increase of 5 million euros for a 16.45% stake in the company, with the right to increase it by converting a convertible loan of 15 million euros subscribed at the same time (see here a previous post by BeBeez).
Costa Edutainment, a leader in the sector on a national scale, controls 11 facilities (for a total of 470k square meters and an overall presence, on an annual basis, of 2.8 million visitors). The company closed 2018 with a turnover of 60.2 million euros, an ebitda of 10 millions and a net financial debt of 33.6 millions (see here the Integrated Report 2018), after a 2017 when it reached 60.5 millions of revenues, 12.8 millions of ebitda and a debit net financial position of 36.5 millions (see the Leanus analysis here, after registering for free).
The Costa Edutainment group, in particular, includes the Aquarium of Genoa and those of Livorno and Cattolica, as well as the Romagna theme parks Italia in Miniatura, Oltremare and Aquafan, the Bioparco di Roma and a structure on the island of Malta. The business of the sector, in Italy, includes over 230 structures (the estimated public of visitors is represented by 18.4 million people) that generate a total volume of business of 376 million to which must be added another 800 million generated by the induced.