Pantheon Group buys out Italy’s TBS Group. The company has been delisted from Aim Italia 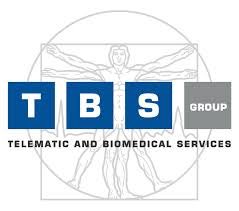 Last Thursday August 24th was the last day of trading on the Aim Italia market for TBS Group, a company specialized in the design and the management of outsourced clinical engineering services and in the supply of integrated Ict solutions (see here the press release),  after a successful tender offer launched last July by Pantheon Group (see here a previous post by BeBeez).

More in detail, the tender offer was launched by Double 2 spa, an investment veichle controlled by Pantheon Group, which in turn is indirectly controlled by Permira funds throungh the veichle Panthelux.

Pantheon Group is one of the leading players in Europe for integrated services in medical devices management for the healthcare  and was born in 2014 from the merger of Asteral Ltd and Mesa Group Holdings GmbH, both companies controlled by Permira.  The group has been growing fast through 11 acquisitions more. So now TBS is acquisition number 14 in three years for the group. After the acquisition of TBS Group, Pantheon Group will reach about 400 million euros in revenues this year with 60 millions in estimated ebitda.

Before Permira bought the group out, TBS Group was controlled by the management with a 17.2% stake, by Generali Financial Holdings (15.86%) and by Fondo Italiano d’Investimento sgr (13.17%).

Cerved downgraded TBS’s rating to B1.1 from A3.1 after the deal was disclosed due to a heavier financial structure for the company (see here the press release).

TBS Group has a rating as it issued a 15 million euros minibond in October 2014 which is listed on the’ExtraMot Pro market. The bond is maturing in October 2019 and pays a 6.5% coupon (see here a previous post by BeBeez).