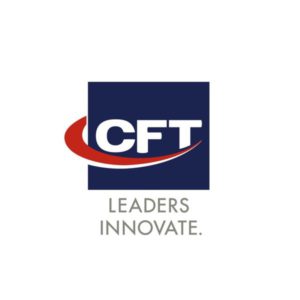 The take over offer by the Toronto-listed group ATS – Automation Tooling Systems Inc. for the entire capital of Italy’s CFT spa is starting today and closing next March 12 (see the press release here). CFT, an historic company founded in 1945 and based in Parma, is a technological leader in the market niches of sorting, processing and packaging of fresh food products. The company had been listed on Aim Italia since July 2018, where it landed following the business combination with Glenalta, an Italian SPAC (see here a previous article by BeBeez).

The offer started after the approval of the Italian Market Authority Consob, who had previously suspended its go-ahead at the end of January 2021 (see here a previous article by BeBeez) in order to review it in light of the new Italian legislation on golden power, which came into force on 14 January (see here a previous article by BeBeez). On the other hand, the Spanish Foreign Investment Authority had already given its go-ahead to the operation last January, as did the German Antitrust Authority (see the press release here).

The takeover bid was announced in December 2020, at a price of 4.60 euros per share, for a total value of approximately 88 million euros in the event of complete acceptance of the offer and subsequent revocation of the CFT ordinary shares from listing on Aim Italia (see here a previous article by BeBeez). The operation is supported by the Catelli family, represented by the chairman Roberto Catelli and by the managing director of CFT, Alessandro Merusi, who currently hold 38.5% of the ordinary share capital (and 60.6% of the voting rights) and made an irrevocable commitment to bring their shares to the takeover bid.

The aim of the ATS group following the acquisition is to promote, through its know-how and global presence, the growth of CFT, which will become a fundamental element of the ATS group. The ATS group will in fact provide CFT with strategic guidance focused on growing the value of the business in the medium to long term, as well as the opportunity to benefit from the synergies resulting from the entry of CFT into the group. The ATS Group will leverage its well-established global footprint and leadership role in the automation sector to support CFT on its path to growth in new markets. Following the offer, CFT will maintain its main offices in Parma and will continue to operate through its operational structures that the ATS group intends to maintain in Italy. Consistent with the objectives and the industrial logic of the operation, the aim of the ATS group is to obtain, following the offer, the revocation of the CFT ordinary shares from listing on Aim Italia (delisting).

CFT is a leading group in the production of turnkey plants for the food industry. CFT boasts a global customer base, a portfolio of market leading brands and eight plants in Italy, Spain, Germany and Ukraine. With 140 patents, in 2019, CFT generated revenues of 254 million euros with an ebitda of 17.5 million euros. About 40% of its turnover comes from Europe, 23% from North America and the rest from other regions. CFT generates 30% of its turnover from the sale of individual machines, 50% from complete systems and 20% from the aftermarket.

The ATS group is a leader in automation solutions and operates in the planning, design, construction, commissioning and maintenance of automated production and assembly systems, including automation products. Founded in 1978, the parent company of the ATS group employs approximately 4,200 people in 20 manufacturing plants and over 50 offices in North America, Europe, Southeast Asia and China. The shares of the parent company of the ATS group are listed on the Toronto Stock Exchange. ATS in December 2018 announced the acquisition of Comecer, leader in the design and manufacture of isolation equipment and systems for the pharmaceutical industry and nuclear medicine, previously controlled by the Zanelli family and partly owned by the Principia III Healthcare fund, managed by Principia sgr (see here a previous article by BeBeez).