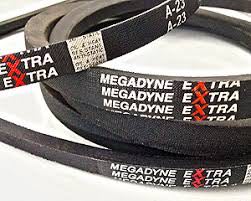 Megadyne, a leading company in the production and marketing of pulleys and belts in polyurethane and rubber, could soon come under control of the Swiss giant of alternative assets management Partners Group, Mergermarket wrote.

Founded in 1957 and based in Mathi (Turin), Megadyne has been controlled by French private equity firm Astorg Partners since 2014. Astorg had acquired its majority stake from  Fondo Italiano d’Investimento (FII) and the Tadolini family. FII owned then a 14.13% stake, after having invested 20 million euros in the company in September 2012  and other 2 millions in 2013, when some Turkish entrepreneurs subscribed a capital increase in Megadyne after selling their family company  Rultrans to Megadyne itself.

In June 2014 Asgtorg bought a majority stake in Megadyne, while FII reinvestind 15 million eurosfor a 5% of the company, Mr.  Giorgio and Marco Tadolini reinvested for a  20% and the manager acquired a 5%, while the two Turkish families Cohenca and Cukurel kept a small minority (see here a previous post by BeBeez).

Today the minority stake priviously owned by  FII is in the portfolio of funds managed by Neuberger Berman and of the Milan-listed veichle NB Aurora, after the US asset manager bought that stake last year from FII together with all its other minority stakes in Italian SMEs.

Megadyne reached 282,3 million euros in net  consolidated revenues in 2016 and a 56.2 million euros ebitda with 176.4 millions in net financial debt (see here an analysis by Leanus, after free registration and login).