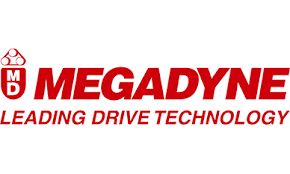 Partners Group, the global private markets investment manager, takes control of Megadyne, an Italian leading manufacturer of power transmission belts (see here the press release). Rumors about a change of control in the company to Partners Group have been on the market for about a month (see here a previous post by BeBeez). Sellers are Astorg Partners, Neuberger Berman and the Tadolini family. The deal is expected to close by Q3 2018.

The transaction follows Partners Group’s recent agreement to acquire Ammeraal Beltech, a global leader in light-weight process and conveyor belting, from Advent International. The combined enterprise value of the two transactions, which both include investment participation from management teams, is 2 billion euros. Once the acquisitions of Megadyne and Ammeraal have closed later this year, subject to anti-trust clearances and other regulatory approvals, Partners Group would in a next step plan to support a merger of the two companies, which have highly complementary product and service offerings.

Founded in 1957 and based in Mathi (Turin), has been controlled by French private equity firm Astorg Partners since 2014, when it acquired a majority stake from Fondo Italiano d’Investimento and the Tadolini family. Fondo Italiano then owned a 14.13% stake in Megadyne, after two different investments in 2012 and 2013, with the latter investment made in the framework of a deal that saw Megadyne to buy a Turkish company Rultrans  in a paper-to-paper deal with the Turkish entrepreneurs selling the company.

When Astorg bouth control of the company in June 2014, Fondo Italiano reinvested for a 5% while Giorgio and Marco Tadolini reinvested for a 20% and the managers did the same for a 5%, while a very small minority remained in the hands of the Turikish families Cohenca and Cukurel (see here a previous post by BeBeez).

Megadyne reached 319 million euros in revenues in 2017, after having recorded 282.3 million euros in net consolidated revenues in 2016, when it posted 56.2 millions in ebitda with a 176.4 million euros of net financial debt (see here an analysis by Leanus, after free registration and login). Megadyne develops and manufactures polyurethane and rubber belts for use in power transmission and conveying systems, as well as a range of complementary products such as rubber hoses and metal pulleys. It  serves over 30,000 customers across a variety of industries through 15 manufacturing plants and 33 distribution centers all around the world.