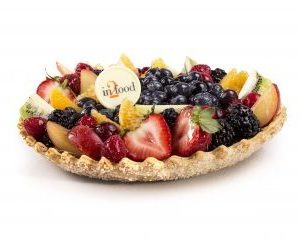 Irca, a Gallarate (Varese)- based leading B2B company in the production of chocolate, creams, ingredients and semi-finished products for pastry, bakery and ice cream, a Carlyle portfolio company since 2017, announced on Friday 12 March the acquisition of In2Food Gourmet Inc, a US leader in the distribution of premium European products, mainly intended for the pastry market. The seller is the Clever family (see the press release here).

Founded in 2005, In2Food is headquartered in Duluth, Georgia. It operates through various commercial offices and a distribution center that guarantees widespread coverage of the entire territory of the Union, serving more than 100 customers active in all professional channels of the food sector (retail, artisanal and Horeca).

The acquisition of In2Food strengthens Irca’s presence in the US and strengthens the company’s distribution network globally. Following the acquisition, the sales generated by the gGroup relating to the US market will exceed 35 million dollars. With the integration of In2Food in Dobla USA, the local subsidiary of the group, Irca will accelerate its growth strategy through greater penetration of the American market, taking advantage of the deep experience of Mike Clever, founder and ceo of In2Food, and of everything the management team. Clever will also become the new managing director America of the Irca Group, focusing on strengthening the already existing commercial and marketing networks in the region.

Founded in 1919 by the Nobili family, Irca is a leader in Italy and Europe thanks to a product portfolio of approximately 3,000 items intended for industrial customers and distributors in over 90 countries. In 2014, Irca also entered the sector of semi-finished products for artisanal ice cream with the Joy Gelato brand. Ardian private equity had acquired 80% of Irca in 2015 (see here a previous article by BeBeez) through the Axa Lbo Fund V from the Nobili family (which had remained with 20%), simultaneously acquiring control of Italcima srl ​and D&D Service srl, both in turn controlled by Bruno Nobili and his family, and which have been integrated with Irca. In June 2017 the latter was then purchased by The Carlyle Group for 520 million euros through the Carlyle Europe Partners IV fund (see here a previous article by BeBeez). Irca operates with three state-of-the-art production sites located in Italy, together with three international production sites in Belgium, the United States and Vietnam. It has over 900 employees, more than 400 distributors and wholesalers and a turnover in 2019 of 323.3 million.

The ceo of the Irca group, Paolo Perego, commented on the acquisition of In2Food: “The transaction significantly strengthens our current positioning on the American market which offers great potential due to the high demand for Italian artisan products. I firmly believe that In2Food represents a perfect synergy for our business, both in terms of complementary product offering and the expertise and knowledge of the sector shared by the management team”. In2Food’s founder and ceo, Mike Clever, concluded: “Joining the Irca Group represents a great opportunity for our staff and our customers”.