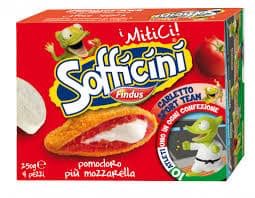 Iglo Foods Holdings, the British frozen foods giant owning Italy’s Findus assets too, will be acquired by Nomad Holdings, a special purpose  acquisition company (Spac) listed at the London Stock Exchange. Nomad Holdings will change its name into Nomad Foods and the seller, that is Permira Europe III private equity fund, will retain a 9% stake in the new company for a total consideration of 133,5 million euros.

The deal, announced yesterday, will value Iglo Group 2.6 billion euros after the group closed 2014 FY with 1.5 billion euros of consolidated revenues and 306 millions of ebitda (see here the press release).  Thanks to the sale to Nomad Holdings, Permira will cash in 2,4x the capital invested.

Iglo Group is the leading frozen food company in Europe with sales across 12 countries and a specific focus on markets in the United Kingdom, Germany, and Italy where the company maintains manufacturing operations. The company’s brands, which enjoy a leading market share in each of their respective regions, include Birds Eye in the UK and Ireland, Iglo in Germany, Austria, the Netherlands, and other continental European markets, and Findus in Italy.

Iglo Group had been bought by Permira in 2006, when Unilever chose to sell to the private equity firm the whole European business of frozen foods for 1.7 billion euros, with the exception of Italy’s Findus assets. In October 2010 Permira then bought (through Birds Eye) Italy’s assets too for 805 million euros, including very strong brands such  4 Salti in Padella, Sofficini, Capitan Findus and That’s Amore and the italian production plant in Cisterna di Latina.

Permira tried to sell Iglo three years ago in an auction that obtained interest from all the major international private equity firms. However bids were not as high as Permira expected and the firm decided to keep the asset in its portfolio (see  here an article by the  Financial Times).

The deal will financed by Nomad with the 500 million dollars of cash it raised one year ago in ipo (see here the press release), new equity and proceeds from a private placement of approximately 750 million dollars at 10.50 dollars per share to a limited group of institutional investors and the expected early exercise of Nomad’s existing warrants, as well as a portion of Iglo Group’s existing debt.

Last July Iglo refinanced all its debt for a total consideration of 1.7 billion euros with 620 million euros and 400 million pounds of medium term credit facilities, an 80 million euros revolving facility and a 500 million euros bond. At closing, which is expected by the end of June, debt-to-ebitda ratio is seen to drop under 4x.

Following the closing of the transaction and the resumption of trading on the London Stock Exchange, Nomad expects to pursue a primary listing of its ordinary shares on the New York Stock Exchange (see here Nomad’s press release).

With this anchor investment in Iglo Group, Nomad seeks to build a portfolio of best-in-class companies and brands within existing, as well as new, categories. In addition to supporting Iglo Group’s organic growth initiatives, Nomad will pursue strategic and complementary acquisitions intended to enhance its consumer offering and deepen its market leadership.

One of the two Nomad’s co-founders is actually Martin E. Franklin, who is the ceo and major shareholder of Jarden Corporation a group who had bought about 120 brands in the consumer goods (including two Italian ones, Dalbello and Millefiori). The group now has a 10 billion dollars market capitalization in NY. Martin Franklin grew up in the UK and is the son of Sir Roland Franklin, who was the right-hand man to the corporate raider Sir James Goldsmith.

Nomad’s other co-founder is Noam Gottesman, who co-founded hedge fund GLG Partners and sold the firm to Man Group in 2010. Gottesman is now a billionaire ceo of Toms Capital, an investment company which backs Nomad.

Franklin and Gottesman will be appointed as non-executive chairmen of Nomad. Iglo Group’s current ceo Elio Leoni Sceti, has resigned from his current role to pursue another opportunity. Mr. Leoni Sceti will serve as ceo until June 2015 and he will become a non-executive director of Nomad Foods Limited.

Boom of divestments in 2014 by Pe funds in Italy. Irr grows