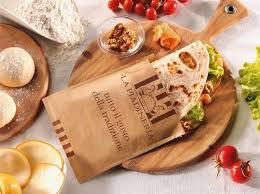 In a nightime blitz between Wednesday Dec 20th and Thursday 21st Permira private equity firm has defeated all its competitors in the auction for control of the Italian restaurant casual food chain La Piadineria (see here the press release), which has been controlled by the Idea Taste of Italy Fund, managed by Dea Capital Alternative Funds sgr, since Spring 2015 (see here a previous post by BeBeez).

The Italian fund which is focused on the agri-food sector invested 15 million euros back then and bought a 70% stake from two of La Piadineria’s founders (Franco Beccaria and Antonio Milani, a 35% stake from each of them). Mr. Beccaria and Milani reinvested in the group, acquiring part of the 30% stake that was owned by the third shareholder Donato Romano, so that Mr.Beccaria, Milani and Donato finally owned together a 30% stake.

A 250 million euros EV is quite a figure for La Piadineria, but this is the result of a very busy auction that saw as bidders many well-known international private equity firms such as Bain Capital, Clessidra sgr, L Catterton, Carlyle, Lion Capital, BC Partners and TA Associates.

For the deal Idea Taste of Italy was supported by Lazard as financial advisor and by HiLex as legal advisor;  Kpmg hacted as accounting and fiscal advisor, while commercial advise was given by OC&C/LTP. Permira was instead supported for financial issues by  Vitale & Co, Cassiopea Partners and Mediobanca and for legal issues by Legance; Maisto e Associati were the fiscal advisors, BCG the commercial advisor and Kpmg the accounting advisor. Finally the management was supported by Olivari Stefania fiscal firm.

Founded in 1994, La Piadineria is led by ceo Donato Romano and runs 165 restaurants in Italy  in shopping centers and in the the cities in Northern and Central Italy. This year La pIadineria has opened its firs restaurants abroad in France (in Nice and Marseille). Permira will support the management of La Piadineria in developing the international growth of the company.