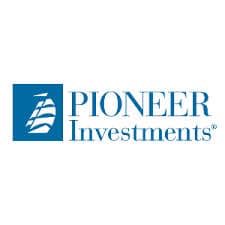 Unicredit announced yesterday that it has “agreed with Banco Santander sa and Sherbrooke Acquisition Corp SPC to terminate the agreements entered into on 11 November 2015 relating to the business combination of Pioneer Investments and Santander Asset Management” which had to be supported by funds managed by Warburg Pincus and General Atlantic  too (download here the press release).

Unicredit’s press release explains that “the parties held detailed discussions to identify viable solutions to meet all regulatory requirements to complete the transaction, but in the absence of any workable solution  within a reasonable time horizon, the parties have concluded that ending the talks  was the most appropriate course of action”.

That something was going wrong had been admitted by Unicredit’s ceo Jean Pierre Mustier himself last July 11th in tis first meeting with the press just after the bank’s Board that gave him mandate to implement a significant strategic revision of the banking group.  “Together with our partners in the deal we are working hard at a solution  in order to go on with the process”, Mustier said making it clear that the delay was to refer to some international supervision issues.

Unicredit’s press release also states that “further to Unicredit’s announcement on 11 July 2016 of a group-wide strategic review, the results of which will be communicated to the market before the end of 2016, Pioneer will now be included in the scope of the strategic review to explore the best alternatives for all Pioneer stakeholders including a potential ipo. This is to ensure the company has the adequate resources to accelerate growth and continue to further develop best-in-class solutions and products to offer its clients and partners”.

Pioneer had been valued 2.75 billion euros, including debt. Credit Suisse wrote in a report publiched yesterday that Unicredit might sell a 30% stake in Pioneer’s ipo for about 720 million euros.