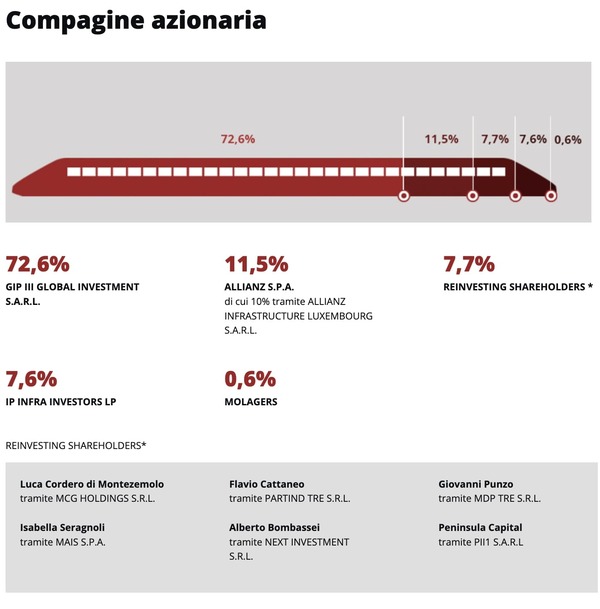 It will be an auction with many participants the one that is going to be held for Italo Nuovo Trasporti Viaggiatori spa, 4 years after the Global Infrastructure Partners III fund took control of the company in April 2018 (see here a previous article by BeBeez).

According to what MF Milano Finanza reports today, in fact, a mandate for advisory in the sale process of the company could in fact be assigned shortly to Goldman and Rothschild and the Swedish private equity firm EQT and the US asset manager giant Blackrock are said to be the first to move on the dossier in these hours.

We recall that GIP had acquired control of NTV on an enterprise value basis of almost 2.4 billion euros, considering an equity value of 1.94 billion euros at the time and a net financial position of 443 million, but now the valuations are said to be in the order of 5 billions.

The company had closed FY 2020 with numbers in drastic reduction following the lockdown as a consequence of the pandemic, with 262.9 million euros in net revenues (from 680.6 millions in 2019), an ebitda of 89.9 millions (from 263.8 millions), a net profit of 31.9 millions (from 151.4 millions) and a net financial debt of 894.5 millions (from 807 millions) (see the Leanus report here, after registering for free). In 2021, however, the situation has improved and the business is in clear recovery.