Manutencoop Facility Management‘s shareholders have been receiving some unsolicited expressions of interest for control of the leading Italian facility management company in the last few motnhs as a formal sale process was expected starting in January. Among potential investors Pai Partners and BC Partenrs are said to have expressed interest, il Sole 24 Ore wrote.

News that Manutencoop was going on the market had been announced last Summer (see here a previous post by BeBeez), when financial shareholders (Private Equity Partners sgr, 21 Investimenti sgr, MPVenture sgr, Sviluppo Imprese Centro Italia sgr, NEIP II, IDeA Capital Funds sgr and Cooperare spa, Unipol Banca e Mediobanca) signed an agreement to raise their stake to 33% of Manutencoop’s capital, while Manutencoop Società Cooperativa retained a 67%. The stake was transferred last October 7th and the agreement between the counterparts included that starting in January 2017  exit procedures would be stared with the aim of a sale or a listing on the Italian Stock Exchange.

Manutencoop’s interim report on June 30th showed that the group reached 471.5 million euros in revenues (from  480.6 millions a year before), with a 51.4 millione uros ebitda (from 48.7 millions) and a 13 million euros net profit (from 5.6 millions), especially thanks to lower interest rate expenses paid on bonds as Manutencoop has been buying back its own bonds issued in 2013 in the last few years. Manutencoop reached 955.7 millione uros in revenues in 2015, with a 85.6 million euros ebitda and a net financial debt of 240.6 millions (which dropped to 198.4 million on June 30th).

Manutencoop still has a 411.6 million euros bond listed on the ExtraMot Pro market, maturing in 2020 and payinfg am 8.5% fixed coupon. The bond closed a a 104.09 price last Friday on a positive trend which has been lasting for some months now and recovering from a minimum just over 91 last September. 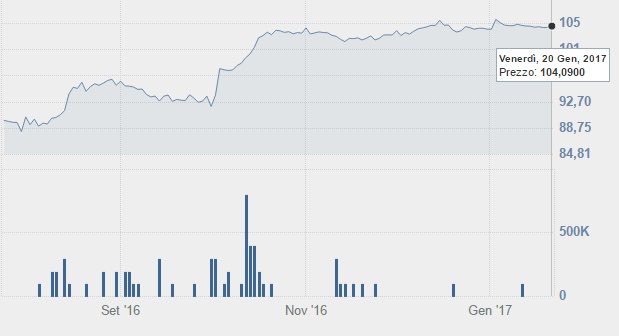