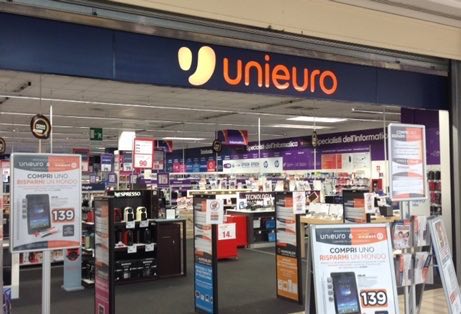 Rhône Group yesterday sold its remaining share in the capital of the retail chain of consumer electronic products Unieuro, listed on Piazza Affari at the Star segment, which thus becomes a public company with a free float greater than 85% (see the press release by Unieuro here and here the one by Rhône Capital). Citigroup Global Markets Limited and Mediobanca – Banca di Credito Finanziario acted as joint bookrunner.
The transaction involved 3.5 million shares, equal to 17.6% of the share capital, and was conducted with an accelerated bookbuilding process at the price of 13.25 euros per share, for a total value of approximately 46 million euros. The price was well below that of Wednesday’s market closure and the stock exchange therefore aligned yesterday with a thud of 7.63%, closing at 13.32 euros, for a capitalization of about 286 million euros.

Italian Electronics Holdings (Ieh), the vehicle with which Rhone Capital controlled Unieuro, has then raised a total of 202 million euros since the listing in April 2017 at 11 euros per share. In IPO, in fact, Rhone had cut its stake from 70.5% to 65.5% (see here a previous article by BeBeez). Subsequently, in September 2017, the fund had sold on the market a first tranche of the residual investment: 3.5 million shares, equal to 17.5% of the share capital, at 16 euros per share, for a total of 56 million (see here a previous article by BeBeez), reducing its share in the Unieuro to 48%. Also that year it had then dropped to 33.8% and finally in November 2019 it had sold another 16.25% (3.25 million shares) to 12.95 euros per share for a total of about 42 million (see here the press release).
Dixons Carphone plc remains a shareholder (through the vehicle Alfa srl) with a 7.2% stake down from 15% before the ipo; the Silvestrini family still owns a 5.6% and the managers of Unieuro a 2%, while the two used to own a 14,5% before the ipo. Among institutional investors who are shareholders of Unieuro today, the one with the main stake is Amundi Asset Management with 5.6%.
“The complete exit of the now ex-majority shareholder Rhône represents a new historical step for Unieuro: born as a family business over eighty years ago and for fifteen controlled by private equity, Unieuro today becomes a joint-stock company, one of the rare Italian public companies. We are very grateful to Rhône for trusting us, supporting us and encouraging us to grow with method and discipline. From today, the market is our only point of reference and we look to the future with new impetus, with strong management firmly at the helm and a winning strategy, thanks to which we have achieved increasingly important goals. We are happy to welcome the many new institutional investors who have entered the capital, guaranteeing greater liquidity to the stock for the benefit of all shareholders “, said the ceo of Unieuro, Giancarlo Nicosanti Monterastelli.
The actual Unieuro is the result of a series of acquisitions, starting from the merger in 2013 between the old Unieuro and Marco Polo (Expert) (see here a previous article by BeBeez).  At that time Unieuro was entirely controlled by the British consumer electronics giant Dixons Retail (which in turn had taken over it in 2002 from the founder of Eataly, Oscar Farinetti), while Marco Polo since 2005 was owned by SGM holdings, which in turn was controlled 84% from Rhone Capital and 16% from the Silvestrini family. In detail, the newco Italian Electronics Holding srl was created, to which the entire capital of Sgm and Unieuro were conferred. A 15% of the newco was owned by the Dixons group and 85% by Venice holdings, in turn 83% controlled by Rhone Capital, while the Silvestrini family owned a 10% and the rest was owned by the managers.
Today Unieuro manages around 520 direct and affiliated stores throughout Italy (some of which were taken over by Galimberti in October 2018; see here a previous article by BeBeez), a strong digital platform and the Monclick e-tailer. first nine months of the 2019-2020 financial year as of 30 November 2019 saw revenues of 1.76 billion euro (+ 15.2% from the nine months 2018-2019), with an adjusted ebitda of 49.6 million (+ 13.7% ), an adjusted net profit of 23.9 million (+ 14%) and a positive net financial position of 31.5 million (see here the press release). The year ended at the end of February, however, with revenues of over 2.1 billion.
Rhône was founded in 1996 by Robert F. Agostinelli and M. Steven Langman, who dealt with cross-border mergers and acquisitions in Goldman Sachs and Lazard. The company manages assets of over € 5 billion. Rhône, which is currently investing the capital of its fifth private equity fund, has invested in a diversified portfolio of companies, including those in the chemical, consumer products, food, packaging, industrial, special materials, business and transport services.
Tags: exitItaliaItalian Electronics Holdingprivate equityRhone CapitalUnieuro
Sector news and cards : Retail