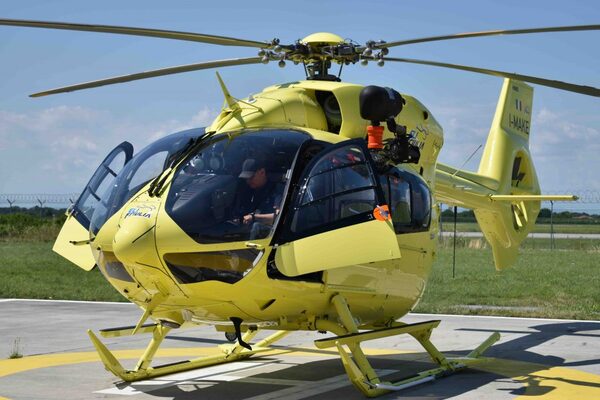 Spain-based Eliance Group, an internationally active helicopter services operator with a fleet of more than 70 helicopters, controlled by the GED Capital and RiverRock funds (see the press release here), has acquired a majority stake in Elifriulia spa, founded by Luigi Coloatto in 1971 and based in Ronchi dei Legionari (Gorizia), being the longest-running helicopter operator in Italy. The Coloatto family is selling, while the two institutional financial shareholders, Friulia spa (the investment company of the Friuli Venezia Giulia Regional Government) and FVS sgr (through Fondo Sviluppo PMI 1), which both had invested in 2021, retain their 13% stake each (see Friulia’s press release here and FVS sgr’s press release here). Friulia and FVS sgr also financed the company through the subscription of mezzanine instruments that will enable them to finance Elifriulia’s growth plan.

The investors’ advisors were law firm NCTM, Adacta Advisory and Adacta Tax & Legal for corporate finance and due diligence, while Eliance was assisted by Gianni Orrigoni Partners.

Eliance is the new venture of Spanish entrepreneur Luis Miñano, who founded the company after selling his previous venture Inaer to Investindustrial, a private equity firm founded by Andrea Bonomi, which had then integrated it into the Avincis helicopter group created together with US Privaste equity firm KKR, which was then sold in 2014 to Babcock International Group for a valuation of 1.1 billion pounds (see here a previous article by BeBeez). The group had then been renamed Babcock Mission Critical Services. Eliance was formed by Miñano from the merger of a dozen smaller companies with the backing of GED Capital, through Fedela Investments, a vehicle in which other prominent Alicante businessmen, the founders of Goldcar (also a former Investindustrial portfolio company) and current owners of Aligrupo, Juan and Pedro Alcaraz, have a major stake. Then in 2021 GED Capital was also joined by the RiverRock Brownfield Infrastructure Fund 1, with Miñano retaining a significant minority through his holding company Himilcon.

As for Elifriulia, its business encompasses a wide range of helicopter services, the main ones of which are helicopter rescue (HEMS) and forest firefighting, which together cover about half of the company’s total revenues. In addition, Elifriulia also offers flight school and training services, helicopter rental and public transportation, aerial work (material transport, remote sensing, off-shore activities), and, as a Robinson Helicopter dealer, is also involved in the sale and maintenance of rotary-wing aircraft. The company has three permanent operating bases (two in Friuli Venezia Giulia and one in Veneto), a fleet consisting of 17 helicopters and 3 aircraft, and a workforce of about 65 resources including pilots, technicians, engineers, and administrative staff. For several years the company has also been present in Croatia through its subsidiary Eli Adriatik.

Elifriulia in 2021 recorded revenues of about 15 million euros with attractive margins and has strong roots in the territory of operation. The goal of the new structure, formed by the Eliance Group and financial partners in the territory, is to implement a challenging growth plan that will significantly increase the volume of business achieved in a niche sector characterized by stringent certifications, high know-how and outstanding levels of specialization. The growth strategy for the coming years is developed along three main lines: the awarding of new HEMS tenders in the Italian market, the expansion and development of the business in adjacent geographical areas (including entry into some foreign markets), and the completion and strengthening of the services offered to be realized both through acquisition operations and through systemization projects with other operators in the sector that are complementary in terms of business model, geographical area of operation and/or services offered.

Federica Seganti, chairman of Friulia, commented, “It is an important operation that we have concluded in Elifriulia, not only for the decisive role that the company plays in helicopter rescue and forest firefighting, today a real national emergency, but also for the future expansion project that will be possible also thanks to our intervention. In the coming years, thanks to the acquisition of new helicopters envisaged in the fleet management plan, Elifriulia will be included in one of the leading European groups in the sector and will be able to strengthen its role in a highly competitive, yet very prestigious field.” With the operation in Elifriulia, Friulia’s path of advising and shadowing regional SMEs continues. As for today, the total value of Friulia’s interventions has exceeded 200 million euros, with holdings in 88 companies (more than 80 percent of which are SMEs), whose aggregate turnover is more than 2.5 billion euros and employing a total of more than 9,000 employees.

Fabrizio Spagna, chairman of FVS sgr, added: “Elifriulia immediately appealed to us because of its corporate history, of a company that has reached the third generation and has decided to integrate into a larger international industrial group in order to make a further leap in growth and development, taking advantage of the strong internal know-how needed to compete and develop in a very complex and regulated market such as the helicopter services sector. Our investment alongside that of Friulia is aimed at flanking and financially supporting the company’s ambitious development plan, which we expect to implement in the coming years also thanks to the contribution of the new majority shareholder with whom we have a significant strategic alignment”.

FVS has completed with Elifriulia the portfolio of the Fondo Sviluppo PMI 1, fully investing the endowment of 50 million euros in 8 companies based in Veneto and Friuli Venezia Giulia. To date, three divestment transactions have already been successfully conducted, and since last February the Fondo Sviluppo PMI 2 has been operational, with an initial endowment of 60 million euros and funding target 75 million (see here a previous article by BeBeez). In recent days, the FVS sgr fund together with Clessidra Capital Credit sgr created the Candy Factory group, a leading independent operator in the Italian confectionery market (see here a previous article by BeBeez). The deal aggregated two historic Italian confectionery industry players such as Casa del Dolce and Liking candies, in which FVS sgr had held a majority stake since last February (see here a previous article by BeBeez).