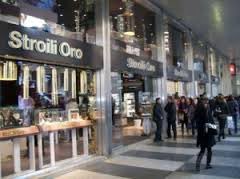 Italy’s jewelries retail chain Stroili Oro is set to stay controlled by the actual shareholders as exclusive talks with UK private equity fund Emerisque have failed to come to a deal, Messaggero Veneto newspaper wrote some days ago (see here the article by Messaggero Veneto).

Founded by Indian businessman   Ajay Khaitan, Emerisque is the same fund that in 2013 had bought  Mcs, Marina Yacting and Henry Cotton’s from Valentino Fashion Group.

As for the Intesa Sanpaolo’s stake in Stroili it is fair to say that it is on the way to be sold (together with other private equity direct and indirect positions) to  NB Reinassance Partners, the new investment veichle that will be born from the spin-off of Intesa Sanpaolo private equity activity in coinvestment with US asset manager Neuberger Berman (see a previous post by BeBeez).

As for Messaggero Veneto, Emerisque valued Stroili about 270 million euros, included 80 millions of lending facilities with Natixis and Banca Imi. The price however had not been considered enough by the sellers and they decided to susped the sale and go on with investments to develop the international growth of the company.