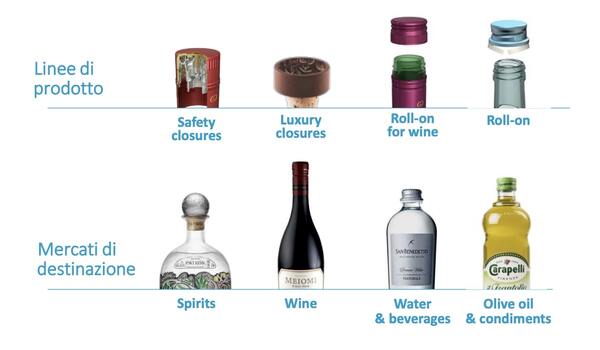 Investindustrial’s tender offer on Guala Closures, the group specialized in the production of safety closures for spirits and wines listed on the Milan Stock Exchange, successfully closed yesterday.

Based on the provisional results of the takeover bid communicated yesterday by Unicredit, Special Packaging Solutions Investments sarl (SPSI), a vehicle controlled by the Investindustrial 7 fund which launched the offer on May 18th at the price of 8.2 euros per share and 0.30 euros per warrant (see here a previous article by BeBeez), reached 93.7% of the capital of Guala, as a sum of both the shares acquired out of the takeover bid and those contributed to the takeover bid (see here the press release). SPSI  last Friday June 4th already had reached an 84% stake (see here a previous article by BeBeez).

Given that it is a stake of more than 90% but less than 95%, the legal requirements for the fulfillment of the purchase obligation (so-called “sell-out”) are met in relation to the remaining 4,407,549 shares, equal to 6.3% of the share capital.

As for the warrants, again on the basis of the provisional results and also taking into account the 6,790,657 warrants already owned by SPSI, the latter will come to hold a total of 16,809,156 warrants, equal to 86.8% of the warrants issued.

In fact, we recall that, after the failure of last Summer’s takeover bid on the company at 6 euros per share, which was then aimed at the purchase of only a minority of the capital (see here a previous article by BeBeez), Investindustrial last December 2020 signed acquisition agreements with a group of significant shareholders for 47.829% of the share capital and 42.573% of the voting rights, aiming to start the mandatory tender offer thereafter (see here a previous article by BeBeez).

Under those agreements there were three signed with Alantra EQMC Asset Management SGIIC, Delfin sarl and Factor Holding srl, in relation to the purchase by SPSI of their stakes in Guala and the reinvestment by the sellers of all or part of the proceeds from sales through the subscription of a capital increase in SPSI reserved for them for a stake of between approximately 13% and 30% of the share capital of SPSI, depending on the acceptance of the takeover bid and in particular assuming reinvestment by Alantra EQMC.

With regard to the latter, in the note released yesterday by SPSI, we read that Alantra has communicated the decision to reinvest in SPSI of all the consideration still owed by SPSI itself for the acquisition, which took place last March 25, of the equity investments held. from Alantra in Guala. Therefore, Alantra will subscribe to a capital increase in SPSI.

Guala Closures has been listed on Piazza Affari since August 2018, after the business combination with the Spac Space 4 (see here a previous article by BeBeez). The company has over 4,850 employees and operates on 5 continents through 30 manufacturing plants and sells its products in over 100 countries. With over 17.3 billion closures sold in 2020, Guala Closures closed the 2020 consolidated financial statements with 572 million euros (-5.7% from 606.5 million in 2019), with a consolidated adjusted ebtida of 98 millions (-13.7% from 113.5 millions) and a net financial debt which increased from 462.5 millions to 464.2 millions at 31 December 2020 (see the press release here), due to a series of extraordinary transactions. In particular, the acquisition of Closurelogic‘s activities, both in Germany and Turkey, the acquisition of 20% of the British company Sharpend and the sale of the Italian company GCL Pharma (see here a previous article by BeBeez).

On 30 April, the list of candidates presented for the Board of Directors by SPSI was voted with a 59.224% majority and the new Board in turn appointed Gabriele del Torchio as Chairman and ceo, who at the same time left the position of ceo of Design Holding spa (see here a previous article by BeBeez), the design pole controlled by Investindustrial and Carlyle, including B&B Italia (furniture), Flos and Louis Poulsen (lighting) and YDesign (e-commerce) (see here a previous article by BeBeez). The other members of the new Board of Guala Closures are: Dante Razzano, Roberto Maestroni, Francisco Javier De Juan Uriarte, Chiara Arisi and the independent directors Marina Brogi, Chiara Palmieri and Raffaella Viscardi; in addition a seat is also for the former ceo Marco Giovannini, representing the minority list presented by GCL Holdings sarl, the holding owned by Mr. Giovannini himself, holder of 13.661% of the share capital and 23.148% of the voting rights, which obtained 29.911% of the votes in the assembly.