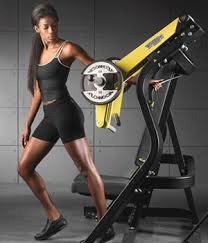 Technogym, a world leading supplier of technology and design-driven products and services in the wellness and fitness industry, is to start its international roadshow  with investors this morning in Milan and will move then to London, New York, Boston, Paris and Frankfurt in order to end meetings by next April 28th which is the expected closing date for the global offer of the ordinary shares which are going to debut on the Italian Stock Exchange by next May 15th.

Candover Investments plc  (the LSE-listed investment company that used to be the principal investor in private equity funds once managed by Candover Capital Partner) and Arles Capital Partners own together (through Salhouse Holding sarl) a 40% stake in Technogym while the remaining 60% is retained by founder Nerio Alessandri through Wellness Holding.

Salhouse Holding intends to sell 50 million shares and has granted the joint global coordinators an option to purchase up to 7.5 million additional shares under the greenshoe. The 57.5 million shares correspond to 28.75% of the total share capital of Technogym. The lockup period for each of Technogym and the current shareholders will last for 180 days from the closing.

Italy’s Supervisory Authority on financial markets, Consob, has givern its go-ahead to the ipo documents and the price range has been announced to be 3-3.75 euro per share  (download here the press release) which means that market capitalization is to be between 600 and 750 million euros. This is a lower figure than the one the market was expecting as Candover Investments’ Interim results for the half year ended 30th June 2015 showed an implied valutation for Technogym af just less than one billion euros, included debt, or 14x FY 2014 ebitda so applying the same multiple to FY 2015′s ebitda, Technogym’s enterprise value grew to 1.2 billion euros (see here a previous post by BeBeez) which is the same figure that came out from applying the average 13.6x multiple to FY 2016 expected ebitda of Technogym’s listed comparable as reported by Mediobanca in a report published some days ago (see  Reuters).

Technogym is advised for the deal by Mediobanca, Goldman Sachs and JpMorgan as well as by Cleary Gottlieb Steen & Hamilton on the leagal issues.