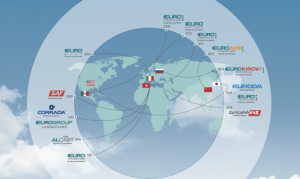 Tikehau Capital is said to have won the auction for the minority stake in EuroGroup, a Lombary-based industrial holding that controls a number of companies supplying the major manufacturers of electric motors and generators.Il Sole 24 Ore  writes.

The operation would be conducted by Tikehau with its T2 Energy Transition Fund, the fund specialized in companies involved in the macro-trend of the energy transition, raised together with French energy group Total, which has the aim of supporting the growth of companies whose business model contributes to the reduction of CO2 emissions through more efficient and sustainable production (renewable energy), consumption (electric car) and energy management processes.

Since last October EuroGroup has been in talks with a series of private equity funds to identify a minority investor who will accompany it in a phase of further business development. In addition to Tikehau, Ambienta and TowerBrook were also said to have studies the dossier as well as the new club deal veichle launched by Space Holding (see here a previous article by BeBeez) and the Italian FSI fund. The financial advisors of Banca Imi and Unicredit are mananging the auction (see here a previous article by BeBeez).

More in detail, the credit line was granted by Cdp in favor of Euro-Misi Laminations Jiaxing Co., Ltd. (Euro-Misi), a company that operates in the Chinese market, a subsidiary of EuroGroup Laminations, among the world leaders in the production and distribution of stators and rotors, fundamental components of electric motors and generators, with a turnover of over 410 million euros and approximately 2 thousand employees. The resources will be used to support the growth of EuroGroup Laminations in China and to support investments in new high-tech plants and machinery aimed at the production of components for electric vehicles in the Chinese market.

The group controls various other companies and in particular Eurotranciatura, the main production company of EuroGroup, active in the components for electric motors and generators. The latter company in 2014 had issued a 5 million euro minibond listed on the ExtraMot Pro market, which expired last August (see here a previous article by BeBeez).