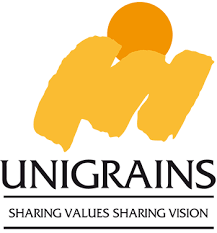 Unigrains, the vintage Franch investment company focused on the afro-food sector, launched an Italian private equity fund, named Fondo Agroalimentare Italiano, in order to invest directly from the country thanks to a dedicated team of professionals,  writes todays Jean-François Laurain, ceo of Unigrains Group, and Francesco Orazi, investment director of the new fund told MF Milano Finanza. The fund will be focued on minority investments of majority investments together wil other investors subject to the entrepreneurs to remain the capital of the company.

Orazi leads a team that has quite a long history of working together in the same agro-food sector as they were the same team managing investments for Idia CA Agro-Alimentare spa, controlled by Crédit Agricole. That was the first investment veichle in Italy completely focused on the agro-food sector and was then liquidated as Creédit Agricole was moving its investment focus to other targets in Italy. Idia’s team had invested in Mutti, Polenghi, Garbuio and Bakery.

Credit Agricole is also an historical shareholder in Unigrains itself as well as Natixis. Bnp Paribas and SocGen, while control of Unigrains is owned by  the French assocations of cereals makers AGPB and  AGPM. “Unigrains, founded in 1963, has helped more than one thousand companies growing and has now stakes in more than 150 companies”, Laurain said, adding that  “the agro-food sector in Italy is quite interesting and very fragmented so there are many opportunities to catch. However Italy is a market where you need to be on the ground with a dedicated team”.

“The structuring of an Italian law veichle managed by the French asset amanagement firm Unigrains Developpemnt was eìrequesting time while some interesting investment opportunies were popping out so we decided to ask Unigrains to invest directy in those opportunies in the meantime”, Mr. Orazi said. This is why Unigrains in the last two years bought stakes in Trasporti Romagna e in  Sfoglia Torino.

“Now that our fund is ready those two investments will be apported to the fund by Unigrains at the same acquisition price plus the cost of carry ”, Mr. Orazi said, adding that “for those two stakes a total of 10 million euros were invested while we are going to invest other 6 millions in a third deal that is due to be signed in the next few days. So we can say that the fund is already invested for a 40% of the committements raised till now”.

The new fund actually has a 50-70 million euros target, but has just announced a first closing at 40 millions, of which 25 millions have been committed by Unigrains, while the remaining committment comes from Italia, Swiss and French family offices.

“But the dry power of the fund will be double as the foreign family offices who are subscribers of the fund are all potential investors”, Mr. Orazi concluded.