UPS to buy BOMI, a leader in healthcare logistics. A rich exit for ArchiMed 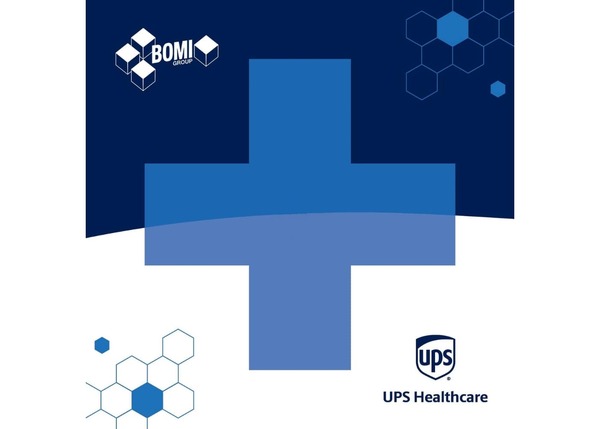 UPS, a multinational group that provides integrated logistics solutions in over 220 countries, listed on the NYSE, with a turnover of 97.3 billion dollars in 2021, has announced the acquisition of BOMI spa, a historic company based in Italy, in Spino d’Adda (Cremona), a leader in integrated logistics serving the biomedical sector, hitherto controlled by the French private equity ArchiMed, through the MED Platform I fund which in 20129 had raised 1.5 billion euros, including co-investment commitments (see here the press release by UPS and here the one by ArchiMed).

At the moment the value and terms of the transaction with UPS have not been disclosed, but market talks are about a 600 million euros EV, a figure that, according to Unquote, will yield the fund a return equal to 4x the invested capital.

The top managers of BOMI, including the ceo Marco Ruini, son of the founder Giorgio, will continue to fill their roles, guaranteeing continuity of service to the customers of the BOMI group even after the closing of the transaction. Likewise, the employees of the BOMI group will continue to play their role in the integrated organization as well. The transaction is expected to close by the end of the year, subject to verification and approval by the relevant authorities. JP Morgan Securities was the financial advisor to UPS, while Morgan Stanley International acted as the exclusive financial advisor to BOMI and ArchiMed. Latham & Watkins assisted ArchiMed on the legal side. Finally, the lawyers of Simmons & Simmons joined the management.

Since 2019, the year of ArchiMed’s entry into the capital, the BOMI group has grown significantly both organically and through acquisitions and is aiming for 300 million euros in revenues for this year. Ceo Marco Ruini in fact underlined: “We had the best possible support for growth and development from ArchiMed, which helped us find, negotiate and conclude 15 acquisitions in three years, crucially strengthening our business both in Europe. both in the Americas and by expanding our capabilities. In three years, moreover, our organic growth has gone from a single-digit rate (+ 6% per year) to a double-digit rate (+ 18% per year)” .

The latest acquisition dates back to last November 2021 and concerns Picking Farma, a Spanish company that has been providing logistics solutions to companies in the pharmaceutical, veterinary and cosmetic sectors for 20 years. Founded in 1998 in Barcelona, ​​it specializes in product storage, collection and transport for third parties (see the press release here). This operation will allow the BOMI Group to become a leading healthcare logistics operator in Spain and to further strengthen its presence in the pharmaceutical logistics sector, less than a year after entering the Spanish market at the beginning of January 2021 with the acquisition of DECO Pharma Servicios Logisticos, a company specialized in providing logistic solutions for the pharmaceutical and MedTech sectors (see here the press release). In October 2021, the Brazilian Linex was purchased, a Brazilian company leader in air transport serving the pharmaceutical sector that delivers products daily to the main distributors, hospitals and clinics throughout the country, founded in 2004 by the Silva family (see here the press release). On the other hand, in June 2021, the Italian group announced the purchase of 100% of Centro Prodotti Servizi Farmaceutici (CPS Farmaceutici), a Bolognese company specialized in pharmaceutical logistics, becoming the most deeply rooted logistics operator in the sector in Italy. with 11 warehouses for authorized pharmaceutical products in five regions (see  here a previous article by BeBeez). In May 2021, BOMI had instead taken over Vercesi, a historic Italian company specializing in international transport at controlled temperatures and in the storage of pharmaceutical, diagnostic and biomedical products, including raw materials and finished products (see the press release here).

At the end of December 2020 it was instead the turn of the acquisition of Autotrasporti Gigliotti-Bergamin, a company active since 2005 in the road transport for third parties of controlled temperature goods, mainly drugs, parapharmaceuticals and the like (see here a previous article by BeBeez), after that in the same month the acquisition of Florence Shipping, a historic company specialized in the management of Healthcare Global Forwarding and Clinical was announced (see the press release here). In November 2020, BOMI had also acquired 100% of Consigliere, a company based in Settimo Milanese (Milan) active since 1970, specialized in logistics management and with customers among the main Italian and international pharmaceutical and cosmetic companies (see here the press release). In September 2020, 100% of RH Logistics, a British company offering storage, transport and software solutions for the medical equipment sector, was also acquired from the founder Richard Hindle, who has maintained his position in the company and became  a leader of Bomi HealthTech in Europe, the new Business Unit entirely dedicated to the medical equipment sector (see the press release here). In May 2020, BOMI had finally purchased Logifarma, a historic Italian company specializing in pharmaceutical logistics, from Armonia s.s. (an holding company of the Paradisi family), Andrea Nardo and Roberto Pucci (see here a previous article by BeBeez).

Finally, we recall that in July 2020 Simest had invested 2.3 million euros in Biomedical Distribution Colombia Ltda, the Colombian subsidiary of BOMI (see here a previous article by BeBeez) and that last February, again Simest, but this time together with its Venture Capital Fund, a facilitating instrument that Simest manages in agreement with the Italian Ministry of Foreign Affairs and International Cooperation, have co-invested, subscribing to a capital increase of 4 million euros in 45% of Bronte Administracao and Partecipacoes Ltda, i.e. the subsidiary Brazilian by BOMI (see here a previous article by BeBeez). Simest had started providing support to BOMI since 2014 with a project in Chile followed, in 2017, by investments in Brazil and Mexico.

The group had closed the 2020 financial statements with 151.9 million euros in revenues (from 141.8 millions in 2019), an ebitda of 29.5 (from 27.9 million) and a net financial debt of 22.6 millions (from 26.4 millions) (see here the Leanus report, after registering for free), with the debt that also includes a 15 million euro minibond issued in September 2020 as part of the Elite Basket Bond Lombardia, the 100 million euros program that Cassa Depositi e Prestiti and Finlombarda, financial company of the Lombardy Region, together with Banca Finint, have launched to finance the development plans in Italy and abroad of Lombardy-based companies (see here a previous article by BeBeez).

Speaking of the transaction between UPS and BOMI, Kate Gutmann, EVP and President of UPS International, Healthcare and Supply Chain Solutions, commented: “As a leader in global healthcare logistics, BOMI is expanding our service portfolio and accelerating the our journey to become the number one provider of advanced healthcare logistics. UPS Healthcare and BOMI Group employees share similar values ​​and our cultures are firmly rooted in a relentless focus on quality. The combination of our two teams will significantly improve the ability of our healthcare customers to continue to develop and deliver life-saving innovations”.

UPS Healthcare President, Wes Wheeler, added, “We are focused on building healthcare logistics skills and services that enable our customers to deliver the latest healthcare innovations. We are thrilled to combine talent, experience and expertise. Bomi’s capabilities with UPS Healthcare: together, we will provide unparalleled solutions to our customers, thanks to UPS’s intelligent and integrated logistics network”.

Double shopping in the US for Investindustrial in the food sector. The fund will buy both the meal preparation business from TreeHouse for 950 mln $ and Parker Food Group from Riverside