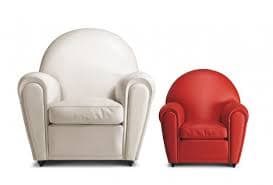 Just 50 days after the announcement of a binding agreement between Poltrona Frau major shareholders and US furniture manufacturer Haworth, Poltrona Frau acknowledged that the transaction has been completed and finalized (download here the English press release).
Pursuant to the transaction, Haworth Italy Holding srl, a company indirectly controlled by Haworth Inc., has purchased no. 71,895,074 shares of Poltrona Frau from Charme Investments (the investment vehicle advised by Montezemolo&Partners sgr, the private equity operator led by Matteo Cordero Di Montezemolo, son of Ferrari’s chairman) and no. 10,285,626 shares of Poltrona Frau from Moschini srl (a holding controlled by Poltrona Fraus’s chairman and founder, Franco Moschini). for a price equal to 2.96 euro per share (download here a previous English press release).
The transaction requires Haworth Italy Holding S.r.l. to launch a mandatory tender offer for a maximum of no. 58,094,459 ordinary shares of Poltrona Frau representing 41.415 pct of the share capital of Poltrona Frauat 2.96 europer share,  for a maximum value of 172 million euros. Haworth aims at delisting the company from the Italian Stock Exchange. Advisors to Haworth for the tender offer will be  Bank of America Merrill Lynch  and Banca Imi (Intesa Sanpaolo group).
Charme and Moschini would then exit their investment but  granted Haworth the right (but not the obligation) to sell to each of them a stake in the company of 4.2 pct (and therefore 8.4 pct in aggregate) of the share capital, at the same price per share paid by Haworth in the context of the public tender offer. Haworth might exercise its option at the end of the public tender offer process.
Since Charme invested in Poltrona Frau’s capital, the group has been changing a lot: in 2002, the year before Charme bouthg its stake, Frau recorded 30 million euros revenues (90 pct of which in Italy); in 2013 instead revenues were 272.8 millions (+10.5% from 247 millions 2012) with a 32 millions ebitda (from 26 millions in 2012) and 4.5 millions net profit (from 1.1 millions), Net financial debt was 69.3 millions (-10 millions) (download here the English press release).
Poltrona Frau is now active in 65 countries in the World with around 70 stores. In the next few days the first direct showroom in Shangai will be opened and 18 Chines cities will be covered by the end of this year.