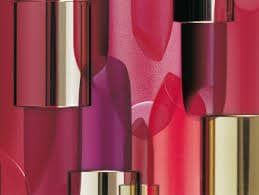 Intercos,  a leading third-party producer of colour cosmetics for international brands,  pulled an ipo at the Italian Stock Exchange last October (see a previous post by BeBeez). Revenues in 2013 totalled 329,8 million euros (up from 296,1 millions in 2012), with an ebitda of 48.3 millions (from 46.9 millions) and a net financial debt of 188 millions (from 195.9 millions). In view of its listing the company was said to be valued an enterprise value a maximum of 650 million euros or 12x the ebitda expected for 2014 (55 millions) and was said to have an equity value estimated between 319.6 and 410.9 million euros,

“This partnership with Catterton will allow Intercos to keep growing its presence in the global cosmetic industry. Catterton will bring its long term experience in the personal care sector and new finance which will help us to accelerate our growing strategies aiming at enlarging oure presence in US and China”, Ferrari said in a statement.