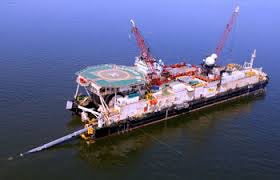 US private equity giants are studying a possible deal on Italian oil service company Saipem. The latter is controlled by Italian oil and gas group Eni, both listed on the Italian Stock Exchange. Eni is actually is working with Credit Suisse bankers to explore options for the sale of its 43% stake and private equity operators such as Blackstone, Tpg, Riverstone, Carlyle and First Reserve have been names as potential bidders for the stake.

Saipem stock price has been lowering in the last few days as Russia stopped contracts related to the building of the offshore piece of the Russian South Stream pipeline. At actual prices, Saipem capitalization is about 3 billion euros.

Eni, the only major with an oil service arm, is keen to get Saipem debt off its balance sheet to help underpin its dividend and proceeds from any sale would likely be used to accelerate its makeover into a slimmer upstream oil and gas player focused on reserve growth in sub-Saharan Africa and Asia.

US private equity funds however will face competition of many other bidders, starting from Italian Government-sponsored Fondo Strategico d’Investimento which in turn has likns with Qatar and Kuwait sovereing funds, two countries where Saipem is quite active with its business. So also industrial players from these countires might be interested in the deal. A candidate might be Saudi Aramco which is onte of Saipem’s major clients,

Market rumors also indicate Samsung as a potential bidder after it failed to merge its engingeering and ship building subsidiaries,  Samsung Engineering and Samsung Heavy, a project aimed at increasing Samsung’s strenght in order to better face competition from Saipem and French Technip. The latter being another potential candidate for acquiring Saipem’s stake.