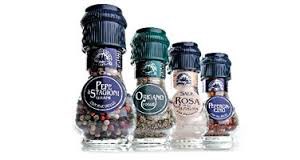 The deal was quite a surprise for the market as the two private equity funds had acquired their 40% stake in the company capital just last September from Alto Partners Capital, another Italian mid-market private equity firm (see here a previous post by BeBeez).

More in detail, before the deal, the brand Nuova Terra (cereals ans soups) will be spun off  and bought by the Carapelli-Barbagli family as well as and Drogheria e Alimentari’s subsidiary Le Bontà (owner of I Toscanacci sauces brand) while McCormick will buy the rest of Drogheria e Alimentari’s business, included the Maribù brand (cake decorations).

The family will sell their stake completely but will go on managing the company for at least a three years’ time as they have gained a very strict and trustable relationship with McCormick’s top management in the last ten years.

The original company was founded in Florence in 1880, it has always operated in the spice and grocery sector, importing directly from the countries of origin. In 1987 the Carapelli-Barbagli family took control of the busines and since then they took over other Italian brands in the food sector

Drogheria e Alimentari reached over than 60 million euros in consolidated revenues in 2014 (from 55 millions in 2013) of which 20% coming from export sales in more than 60 countries and  an ebitda of more than 8 millions (from 6.6 millions). As for the new perimeter of the company which is going to be sold to McCormick, revenues in 2014 were over 50 million euros with a 12% ebitda.

The company has been valued about 85 million euros that is more than 9x 2014 ebitda, of which a maximum of 35 millions earn out will be paid in 2018 on the basis of 2017’s company statements.

The deal is expected to close by next May and is subject to Antitrust authorization. Financial advisor to Drogheria e Alimentari was KON, with headquarters both in Florence and Milan, with  Francesco Ferragina and Giovanni Nucera working on the deal, while legal advisor was studio Miccinesi law firm. As for McCormick, the deal was originated and executed by CP Advisors, with hewadquarters botj in New York and Milan, led by Salvo Mazzotta and Marco Garro, while legal advisor was Baker&McKenzie law firm.

Drogheria e Alimentari is the Italian market leader in the spices sector. About 60% of its business is represented by its own brands products while the rest of the business is generated by private label products (the company has a 95% market share in Italy in the private label market). Actually Drogheria is a supplier of all the largest Italian retail chains and of some of biggest international chains. In the last 10 years Drogheria’s turnover has been growing double digit. Revenues grew by 12% in 2014 while exports grew by 25%.

As for McCormick the US group reached 4.5 billion dollars in revenues in 2014 and has a market capitalization of 9 billions at the New York Stock Exchange. The US group operates on the retail, foodservice and industry markets. In the retail and foodservice market McCormick is active with a portfolio of international leading brands such as McCormick, Old By, Lawry’s (Usa), Cub House (Canada), Ducros (France), Schwartz (UK), Kamis (Poland and Russia), Silvo (The Netherlands), Simply Asia and Thai Kitchen. In the industry market McCormick is the leading producer of sauces and flavours for clients such as McDonald, Frito Lay (Pepsi) and KFC.

With this deal McCormick aims at developing the international growth of Drogheria e Alimentari, while maintaining the productive capacity in Italy where the new plant in San Piero a Sieve will be enlarged with positive impact in terms of employment in the area. Moreover Drogheria e Alimentari will be a platform for sector consolidation in Italy and some potential acquisitions targets have been identificated.

As for Drogheria e Alimentari international growth, the deal will accelerate it growth in some important markets such as United States, Canada, Russia and Far East where McCormick owns strong distributive platforms.