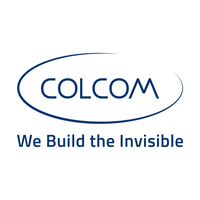 The Wisequity III fund managed by Wise Equity sgr sold the manufacturer of hinges and fasteners for glass doors Colcom Group to Simonswerk GmbH, the German leader in the production of door hinges (see the press release here).

Gabriele Basile, who has been managing Colcom Group for the last four years, will maintain the role of ceo of the company, as well as the management team. In order to seize further growth opportunities, Simonswerk will continue to invest in the Colcom Group. Wise Equity was assisted for the legal issues by Simmons & Simmons and by Spada Partners for tax consultancy. Simonswerk’s advisors were ONEtoONE Corporate Finance, Linklaters, EY, Chair of Machine Tools (WZL, RWTH Aachen) and Arcadis.

Colcom was founded in 1961 by Ezio and Sergio Collio. Its headquarters and production facilities are in Nave (Brescia). The company deals with the development, production and distribution of hinges and fixing elements for glass doors and is a leader in the segment of hydraulic hinges with automatic closing. Colcom products have been installed, among others, in the Charles De Gaulle airport of Paris and Ataturk airport of Istanbul, in the hotels of prestigious hotel chains including Sheraton, Marriott and Hilton, in chains of gyms such as Virgin in Italy, in some television productions including that of Big Brother. Colcom employs 135 people, sells in over 50 countries worldwide and has international distribution companies in Canada, Spain and Benelux.

In May 2014 Wisequity III and Colcom management acquired 100% of Colcom Group, taking it over from the Collio family, which controlled the entire capital of the company (see here a previous post by BeBeez). In January 2017, Colcom acquired the French company Sadev, a manufacturer of fasteners for outdoor glass systems such as facades, parapets and balustrades, with offices near Annecy and branches in Switzerland and the United States. Frederic Fievet, Sadev’s managing director, has invested in the Colcom group, along with Wise and the Colcom management team (see here a previous post by BeBeez). Taking into account the strong organic growth and the acquisition of Sadev, the Colcom Group’s turnover has more than doubled in the last four years, to reach 27 million euros in 2018. The company closed 2017 with revenues of 15.68 million, an ebitda of 1.94 million and a net financial position of 6.9 million (see the Leanus analysis here, once registered for free).

Regarding the acquisition of Colcom, Michael Meier, managing director of Simonswerk, said: “Colcom’s team and products complete our wide range of hinges for the glass door segment. Furthermore, Sadev allows us to expand our range of outdoor glass products such as facades, parapets and balustrades and to enter the important contract channel “.

Simonswerk is a German family business that has been operating for 130 years and a leading supplier of high-quality, high-quality door hinges. In 2018, with a total of over 600 employees, Simonswerk generated a turnover of 122 million euros, of which 56% abroad and the remainder in Germany, which remains the main market. In 2017 it acquired a majority stake in Anselmi & C. srl, a manufacturer of concealed hinges for light doors.