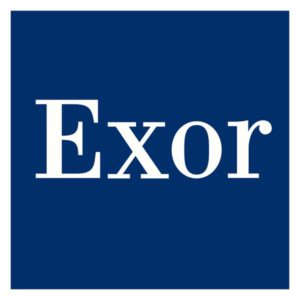 Exor, the investment holding of the Agnelli fmily, and The World-Wide Investment Company Limited (WWICL), the family office of Hong Kong family Pao Cheng, signed a partnership for investing in Italian mid caps that operate in the consumer sector company (see here a previous post by BeBeez). The partners launched NUO spa, an investment company with resources of 300 million euros of which will hold even stakes. Tommaso Paoli is the ceo of NUO. Paoli is also the ceo of NUO Capital, a private equity firm that WWICL launched in 2016 and that will import to the new joint venture its 30% of Ludovico Martelli spa, an Italian cosmetics producer. NUO Capital is one of the private capital investors that BeBeez Private Data monitors (find out how to subscribe for only 110 euros a month).

Investindustrial successfully closed its public offer on Milan-listed Guala Closures and reached a 94.9% stake in the group making special security closures for spirts, counting shares acquired before the launch of the tender offer, share acquired on the market after the launch of the offer and share brought to the offer (see here a previous post by BeBeez).

China’s Fosun Fashion Group acquired Italian luxury shoe maker Sergio Rossi from Investindustrial (see here a previous post by BeBeez).  Sergio Rossi had attracted the interest of Bally International, Marquee Brands and Milan-listed Piquadro. Investindustrial acquired Sergio Rossi in 2015, when invested about 100 million euros in a capital increase of the company whose enterprise value amounted to up to 80 million while sales were of 82 million. Kering sold the asset. Sergio Rossi has a turnover of 66.5 million, an ebitda of minus 1.6 million and net losses of 15.8 million. Andrea Morante and Riccardo Sciutto are the company’s chairman and ceo.

Clessidra capital Partners IV, managed by Clessidra Private Equity sgr,  raised 270 million euros from Cassa Forense, FOF Private Equity Italia (cornerstone investor) and others in its first closing (See here a previous post by BeBeez). Italmobiliare will also pour resources in the new fund, whose total target is of 500 millions to invest in Italian businesses with an enterprise value 100 – 500 million. Clessidra is one of the private capital investors that BeBeez Private Data monitors (find out how to subscribe for only 110 euros a month).

Italian fashion reatailer Fenicia spa, owner of the Camicissima brand, acquired Passaggio Obbligato spa, the owner of the brand Nara Camicie, from the Annaratone and Gaggino families and Mario Pellegrino who will keep his designer role (see here a previous post by BeBeez). Passaggio Obbligato had sales of 10.8 millions in 2020, an ebitda of minus 0.511 million, net losses of 1.1 million, and net cash of 6.4 million. Sergio (ceo) and Fabio Candido (chairman) founded Camicissima in 2004. The company had net sales of 50.9 millions in 2019, an ebitda of 13.5 million, net profits of 2.3 million, and a net financial debt of 23 million.

On 16 June, Wednesday, the share price of Milan-listed Intek Group, an investor in utilities, renewable energy and copper, went up 6.6% at 0.39 euros after its subsidiary Kme sold to German private equity Paragon Partners a 55% stake of the activities of the special metals (see here a previous post by BeBeez). Kme could fetch 260 – 280 million euros out of this sale. Kme’s special metal units have sales of 260 million with an ebitda of 44 million. Kme will receive a vendor loan of 32 million.

On 12 June, Saturday, CDP Equity, Blackstone Infrastructure Partners and Macquarie Asset Management finally signed the agreement for the acquisition of 88.06% of Autostrade per l’Italia (ASPI) from Milan-listed Atlantia (see here a previous post by BeBeez). Rumours say that the bid is worth 9.3 billion euros (200 million of banking fees). The buyer will conduct the acquisition through the spv Holding Reti Autostradali (HRA) which belongs to CDP Equity (51%), Blackstone Infrastructure Partners (24.5%) and Macquarie Asset Management (24.5%). The funds will try to acquire the remaining 11.94% of ASPI that belongs to Allianz Capital Partners, EDF Invest, DIF, and Silk Road Fund which acquired their stakes on the ground of an enterprise value of 14.8 billion back in 2017.

Agreen Capital, a Lugano based club deal platform for the European sectors of agri-food and food tech, raised 60 million euros in soft committements ahead of a target of 100 million (see here a previous post by BeBeez). Andrea Rossi founded Agreen which acquired relevant minorities or majorities of companies with sales of 5 – 100 million with investments of 5 – 40 million. The firm aims to close 5 or 6 deals in the next 3 to 5 years.

Consultinvest, a firm that has assets under management amounting to 4 billion euros, committed to acquire 50% of Borgosesia Gestioni sgr, a real estate asset manager part of Milan-listed Gruppo Borgosesia (see here a previous post by BeBeez).

CVC Capital Partners mulls to invest 40 million euros in Italy’s male and female volley leagues whose chairmen are Massimo Righi and Mauro Fabris (see here a previous post by BeBeez). The tv rights of the male league may attract 25-30 millions while the female volley league could receive more than 20 millions.

Theia Holdings, a British renewable energy provider, acquired a portfolio of photovoltaic plants with a power of 3 MW based in Sardinia (see here a previous post by BeBeez).

On 14 June, Monday, NB Renaissance launched a public offer on Sicit Group at 15.45 euros per share after having reached an agreement with the main shareholder Intesa Holding (see here a previous post by BeBeez). The offer of NB will end on 7 July, Wednesday. However, Sicit’s minority shareholders are still protesting as ChemChina and its subsidiary Valagro previously tabled a public offer of 17.30 euros per share and the payment of a dividend but Intesa Holding rejected the bid.

Zurich Insurance hired UBS for selling a portfolio of Italian life policies with an equity value in the region of 200 million euros and the German life policies back-book (see here a previous post by BeBeez). The assets could be of interest to Compre Group, Monument Re and European Insurance Consolidation Group- Eicg.

Sorgenia, an Italian utility that belongs to F2i and Asterion Industrial Partners (AIP), acquired San Marco Bioenergie, an Italian provider of energy from vegetal biomasses and Aeolian farms (see here a previous post by BeBeez). The deal is a direct consequence of the merger by incorporation in Sorgenia of the corporate vehicle Zaffiro, 72.4% owned by F2i sgr and 27.6% by Asterion, and which was established last October precisely to acquire Sorgenia. In fact, at the time of the incorporation of Zaffiro, F2i had subscribed a capital increase, partly through a cash contribution and partly through a contribution in kind. As regards the latter, F2i had transferred to Zaffiro the controlling shares held by the vehicle F2i ER 1 in seven wind farms former owned by Veronagest and in San Marco Bioenergie spa and its subsidiaries. Those holdings have now merged with Sorgenia.

Compusoft Italia – DAU, a subsidiary of British Compusoft, a portfolio company of TA Associates since September 2018, acquired Innova srl, a Pesaro-based company exclusive distributor with the Innovaitalia brand of 3CAD software for factories and outlets in the furniture and furnishings sector in the territory of the Russian Federation and the Republics of the former Soviet Union (see here a previous post by BeBeez).

Star Capital acquired 80% of Elcom, an Italian lighting company, from the Antonini family who will keep 20% of the business (see here a previous post by BeBeez). The founder Livio Antonini will be the company’s onorary chairman, while his kids Alessandro and Marco will be in charge of sales and production. Elcom has sales of 17 million euros and hired Banca Euromobiliare as advisor.

Bomi, a provider of logistic services gor the biomedical and health sectors that belongs to Archimed, acquired Italian competitor Centro Prodotti Servizi Farmaceutici (CPS Farmaceutici – CPS) (see here a previous post by BeBeez). Francesca and Maria Chiara Pasquini sold the asset which as sales of 7.2 million euros, an ebitda of one million and net cash of 0.172 million

Cadicagroup, a group of provider of services for brand identity that belongs to Hig Capital, acquired from Msssimiliano Tempestini the majority of Gruppo Grafico Etichetta 2000, a producer of high-end labels for the luxury fashion sector (see here a previous post by BeBeez). Etichetta 2000 has sales of 9.6 million euros with an ebitda of 1.5 million.

Essilux, the French-Italian specs producer, started the sale procedure of 351 shops, of which 172 in Italy (see here a previous post by BeBeez). The European Antitrust Authority asked Essilux to carry on such a disposal for carrying on the acquisition of GrandVision from Hal through a 28 euros per share public offer launched in July 2019.

HAT sgr hired Adriano Adriani as investment director and Francesca Giletta as investment associate (see here a previous post by BeBeez). Adriani previously worked for Brera Financial Advisory, Vitale & Co and Nomura. Giletta has been part of Corus Corporate Finance and Deloitte. HAT Sicaf also appointed as directors Vincenzo Busto and Carlotta Pontecorvo, who were already part of the board of HAT.

B.group, the investment holding of the Seragnoli family, subscribed a capital increase of DWS, an Italian provider of  software and integrated solutions for additive manufacturing for 3D printing (See here a previous post by BeBeez). Sources said to BeBeez, that B.group acquired 17.35% of DWS, while Gestioni Fiduciarie owns 81.78% and Rosanna Cerato 0.87%. Translink Corporate Finance assisted DWS which has sales of 5.3 million euros, an ebitda of minus 0.136 million and net cash of 0.64 million. DWS will invest the proceeds in its proprietary technology and organic growth.

Gedi, the Italian publishing group that belongs to Exor, the holding of the Agnelli Family, acquired 78% of AutoXY, an Italian search engine for the automotive market (see here a previous post by BeBeez). Vertis Venture sold its stake, while Boris Cito (ceo) and Matteo Serafino (cto) will mantain a 20% and 2% stake, respectively. AutoXY has sales of 3.4 million euros, an ebitda of 1.64 million and net cash of 0.821 million.

Tikehau Capital acquired a minority of Ecopol, an Italian producer of eco-friendly films, from the ceo and majority owner Mauro Carbone (see here a previous post by BeBeez). Ecopol has sales of 14 million euros with an ebitda of 4.5 million.

Equita Capital, the manager of alternative assets that belongs to Gruppo Equita, and Unicredit’s wealth manager Cordusio sim launched Equita Smart Capital Eltif (see here a previous post by BeBeez). The fund aims to raise 140 million euros and has a tenure of 8 years since its first closing with an investment period of four years with an annual gross expected internal rate of return (IRR) of 12% – 14% or 1.8x the invested capital. The Eltif will invest in private Italian SMEs or listed companies with a market capitalization of below 500 millions.

Jakala, an Italian martech company, acquired Bmind, a Spanish digital transformation consulting company that Gonzalo Galvan, Alberto Alonso and Humberto Garcia Pina founded in 2015 (see here a previous post by BeBeez). Bmind has sales of 16 million euros. Jakala has sales of 239.6 million, an ebitda of 29.4 millions and a net financial debt of 73 millions.