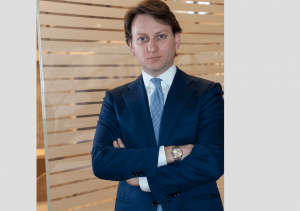 The international real estate group Hines will invest 3 billion euros in Milan by 2023, Hines’ ceo Mario Abbadessa said in an interview with Corriere della Sera. “They will be half cash, half with leverage,” explained the manager. The 3 billion are on top of the 1.8 billion euros already invested by Hines in the city from 2015 to today. In fact, the company is counting on investing resources to invest in Milan from Asian, European and American investors (sovereign funds and professional funds), who lie and trust Milan while they do not like the rest of Italy. “The country around is complicated, tiring. But the city is very transparent, efficient, the administration is prepared. This new approach shifts important capital,” said Abbadessa. In particular, Hines will invest in student and elderly communities and housing for separated parents.
Currently Hines is working on the MilanoSesto project (of which Hines should become industrial advisor for Intesa and become a shareholder), in an area in San Siro once used for horse racings (Trotto) and in the Bocconi University area. The first two projects will receive 60-70% of the 1.5 billion of new cash allocated. In the former Trotto area, Hines will provide about 400 apartments to rent for elderly and families, including two baby sitters for every 30 apartments. MilanoSesto, the redevelopment project of the former Falck area of ​​Sesto San Giovanni, involves Hines and Prelios with the blessing of Intesa Sanpaolo (see here aa previous post by BeBeez). By the Summer Hines will present the business plan and work should begin in July. “We will do everything except the so-called City of Health and the shopping center, where it will be necessary to see if the Arab group Fawaz Alhokai will exercise the option to build or not”. In the Bocconi area, Hines is building a student residence in via Giovenale-via Col Moschin. “We have revised the project to make it more integrated with the context. We will start in July, we should be ready in two years: a 150 million euros investment for 1,200 beds at controlled prices, starting from 500 euros a month. We will fill with plants the entire Via Col Moschin, we will redo the cycle path, reorganize the car parks, build the children’s area and the dog area “.
Last week Hines, in a joint venture with PGGM, the Dutch pension fund manager, bought the building in via della Spiga 26 in Milan, through a real estate fund managed by Savills Investment Management sgr ( (see here aa previous post by BeBeez). The joint venture Hines-PGGM now has four properties in its portfolio. In November 2017, in fact, the joint venture, which had an initial endowment of 155 million euros, had bought a portfolio of three buildings from Banco Bpm for 110 million euros, which included the ten-story tower in Piazza Liberty, a building in via del Lauro and another in via Mazzini, for a total surface area of ​​20k square meters and for which a 30 million euro investment in restructuring was planned. Finally, it should be remembered that Hines is in a race against  Coima, Covivio and Värde Partners to buy and redevelop the Scalo Romana, again in Milan (see here aa previous post by BeBeez).
Hines is an American real estate fund manager founded in 1957 and active in 24 countries. It manages assets for 120.6 billion dollars, for a total of 512 properties. It is present in 108 countries with its 4,000 employees.
Invia commenti

Investindustrial tooks over a majority stake in Spanish company Neolith