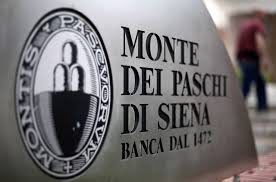 Italy’s Montepaschi bank (MPS) has put up for sale a portfolio of real estate properties located in Italy, worth approximately 200 million euros. The sale will be carried out through an auction, which will be concluded approximately within the first half of the year. Non-binding offers from interested parties must be sent to MPS by 14th January. After that, potential buyers will then have to develop binding offers by 11th February. The advisors of the operation are Kroll Advisory and JLL (see here the announcement).

There are 29 properties for sale and they have different uses. They are distributed in central-northern Italy, mainly in Tuscany, and in Milan, Mantua, Padua, Perugia, Ravenna, Rome and Turin (see the complete list here).

We recall that in November 2020 the Siena-based banking group had sold 26 properties to Ardian and DeA Capital Real Estate sgr‘s funds. The buildings, mainly for office use, were mostly located in the historic centers of Milan and Rome, with a commercial area of ​​approximately 90 thousand square meters and a total value of over 300 million euros (see here a previous article by BeBeez). MPS’s decision to put that package of properties on the market dated back to the Spring of 2018 when the advisor Duff & Phelps Reag, a subsidiary of Kroll, received a valuation mandate (see here a previous article by BeBeez). The sales process was then started in February 2019 (see here a previous article by BeBeez). Initially there were talks of a one billion euro portfolio on sale, then of a 500-600 million euros portfolio and finally the perimeter of the sale was further reduced. The auction started in July 2019 and closed at the end of November 2020. Numerous funds were among those interested in taking over the MPS properties, including Blackstone, Apollo, Varde, Cerberus, Partners Group, Starwood, Bain Capital, Oaktree and Lone Star. That therefore today will not fail to have a look at the new dossier as well as Ardian and Dea Capital Real Estate will reasonably do.