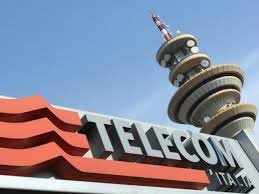 Italian real estate asset management company Prelios sgr announced it had launched a new real estate fund named Madison Imperiale, which had already invested in a number of telephone exchanges and was entirely subscribed by an international institutional investor. The latter is said to be  Monarc, MF Milano Finanza wrote last May 6th.

The new Madison Imperiale fund has a 7 years’ life and acquired 57 real estate assets, the majority og which beign telephone exchanges rented by Telecom Italia. The seller is Meucci srl , a company which is going to close. Prelios sgr was supported in the deal by Orrick law firm, while Meucci srl was advised by Resta law firm.

As far as the sale of the Raissa fund is concerned, in an interview to MF Milano Finanza last October the former Prelios’s ceo Paolo  Scordino, said: “I can say that the Raissa fund is meeting quite an interest from a number of operators and investors and we are very happy of that”. Moreover Mr. Scordino said that an evaluation about 200 million euros for Riassa fund  “is a fair valuation in line with the one of the assets owned by the fund”. The deal had attracted interests also from Kkr and Cerberus.

Italmobiliare to buy Clessidra sgr in a 20 mln euros deal