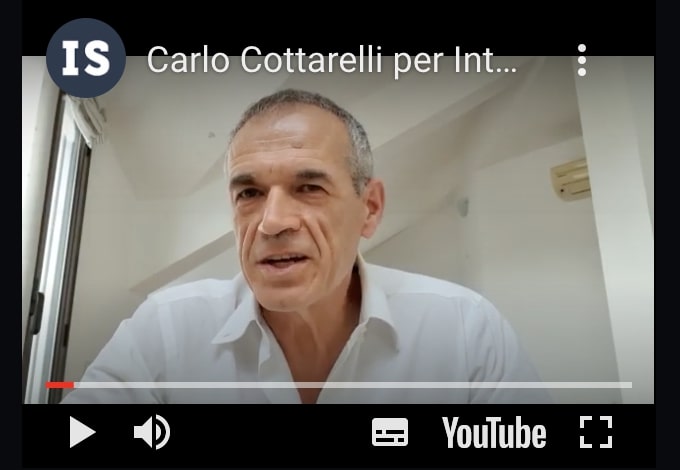 While FC Inter‘s major shareholder Suning in China is grappling with 7 billion dollars in debt maturing and therefore looking for a white knight who could be e-commerce giant Alibaba (see Reuters), the future of the Italian soccer team remains very uncertain, despite the breath of fresh air that arrived last May thanks to the signing of the agreement on the 275 million euro loan issued by Oaktree Capital Management to Great Horizon sarl, the Luxembourg vehicle with which Suning, the Chinese group controlled by the Zhang family, in turn controls FC Inter and which will then have to transfer the capital necessary for the management of the business to FC Inter (see here a previous article by BeBeez).

However, the financing, at the rate of 9%, is guaranteed by the shares of the club in the hands of Suning. Precisely for this reason, it is not excluded that Oaktree may take over Suning’s stake in the future, if Inter is unable to repay the loan due in three years. All that without forgetting that in December 2022 the 375 million bond listed on the Luxembourg Stock Exchange is due to expire and will therefore be refinanced and this will be another problem to be solved, given that the 275 million euros disbursed now by Oaktree will largely be used for normal administration.

It is for this reason that in recent days the hypothesis of asking for help from the fans has returned. Already circulating at the beginning of the year, it has become something more concrete and, to understand what the fans think about it, a survey has been published on the internet site of Interspac srl, a vehicle whose name recalls the on of the SPACs (Special Purpose Acquisition Companies), because like a SPAC it aims to raise capital to subsequently invest in a single target company, which in this case is already well defined and is precisely FC Inter. SPACs are usually listed and this is not yet something of which it is talked about as for Interspac, while the project is more reminiscent of an equity crowdfunding campaign which, however, given the numbers mentioned, should necessarily include the publication of a prospectus approved by Consob, the Italian Authority for market supervision. Anyway there is still time for technical issues. At the moment it is more important to understand if the project is feasible or not.

Interspac was created some time ago, in July 2018, by a group of Inter fans led by the economist Carlo Cottarelli (former commissioner for Italy’s public spending review and italy’s Premier in charge before the formation of the first Government led by Giuseppe Conte). The aim of Interspac was to raise capital among FC Inter’s the fans to support the Zhang family as minority shareholders, after the announced divestment by the Indonesian entrepreneur Erick Tohir. At that time, however, nothing came of it and Mr. Thoir’s 31% stake was sold to the Chinese fund Lion Rock (see here a previous article by BeBeez). But then precisely at the beginning of the year, still in full swing of offers for the control of the team, starting with the one by BC Partners, the hypothesis of raising capital among the fans came back to the fore, with the declarations to Repubblica by one of the promoters, Roberto Zaccaria, university professor and former chairman of Italy’s public tv company RAI, who said: “Time is running out and we do not have the illusion of finding enough money to take over the club. We want to do our part by starting a fund raising project to help the club Inter to continue to be great”.

And now things are really moving. On Friday 25 June Interspac released its first press release in which chairman Carlo Cottarelli announced: “Today a very important phase of the initiative we are promoting opens. Fans of football teams will be able to express their interest in participating in a popular shareholding initiative to become owners of their club, if there is the possibility”, referring to the online survey just published to monitor subscriptions to the large shareholding project popular for Inter.

In the note Cottarelli explained: “We want to measure how much interest there is for our initiative. We have commissioned IQUII and its Sport Intelligence Unit to conduct an in-depth study on the subject, through which Inter fans will also be able to make their opinions known, informally. If, as we think, there will be sufficient interest from all the parties involved, including the property, already informed of the initiative, after defining the technical details of the operation, we will request the necessary authorizations from all the competent bodies and then begin the collection of resources from fans and others. This will take several months, although the exact timing will depend on the technical details of the operation “.

However, it is necessary to understand what Suning thinks of all this. Of course, it could be an opportunity to place 31% of FC Inter in the hands of Lion Rock which as we know Oaktree did not acquire as it was rumored instead when the loan was disbursed. We recall that Lion Rock is a Hong Kong private equity operator who, in addition to being a shareholder of FC Inter, is also an investor in Suning Sports International, part of the same Suning group. When Lion Rock bought its stake in January 2019 from Mr. Thoir, talks were of a value of at least 150 million euros, but in recent months Goldman Sachs documents on the operation have circulated, which showed that the figure was 166 millions, of which 133 millions had been loaned by Suning Sports International and Great Horizon. This means that to liquidate LionRock’s stake, Suning would have to pay cash only 33 million but at the same time waive the 133 million credit (see here a previous article by BeBeez). On the other hand, if Suning let Interspac in, those 133 millions would enter Suning’s pockets, which, given the situation of the Chinese group’s accounts, would not hurt.

Moreover, that figure does not seem at all difficult to reach. According to the calculations of Calcioefinanza, the basin from which the project hopes to draw resources is decidedly large: in addition to the 30,000 subscribers, counting about 7 million fans in Italy and over 25 million globally, even if only 1% of these 32 million fans invested 500 euros each, the club could raise up to 160 million euros.

It’s not only that. In reality, the goal of Interspac would be to raise much more among the fans with investment tickets in stages to reach 300-350 million euros, which would therefore serve to support the team’s circulation and at least partially repay the debts via away they will expire. We recall that, according to Kpmg‘s calculations, Inter today is worth 877 million euros (see here a previous article by BeBeez).

That said, Mr. Cottarelli concluded in the Interspac note: “Our only purpose is to support the team we love, but we think that our popular shareholder model is also valid for other Italian football clubs. To discuss it in a structural vision of long term, on 24 September we will organize a public meeting in Milan, inviting personalities from the world of Italian and international football as well as the members of Interspac “.

Private equity firms lead race to delistings on the Italian Stock Exchange. Premia are not so rich, but still in line with the ones paid by entrepreneurs who are trying to buy their companies back