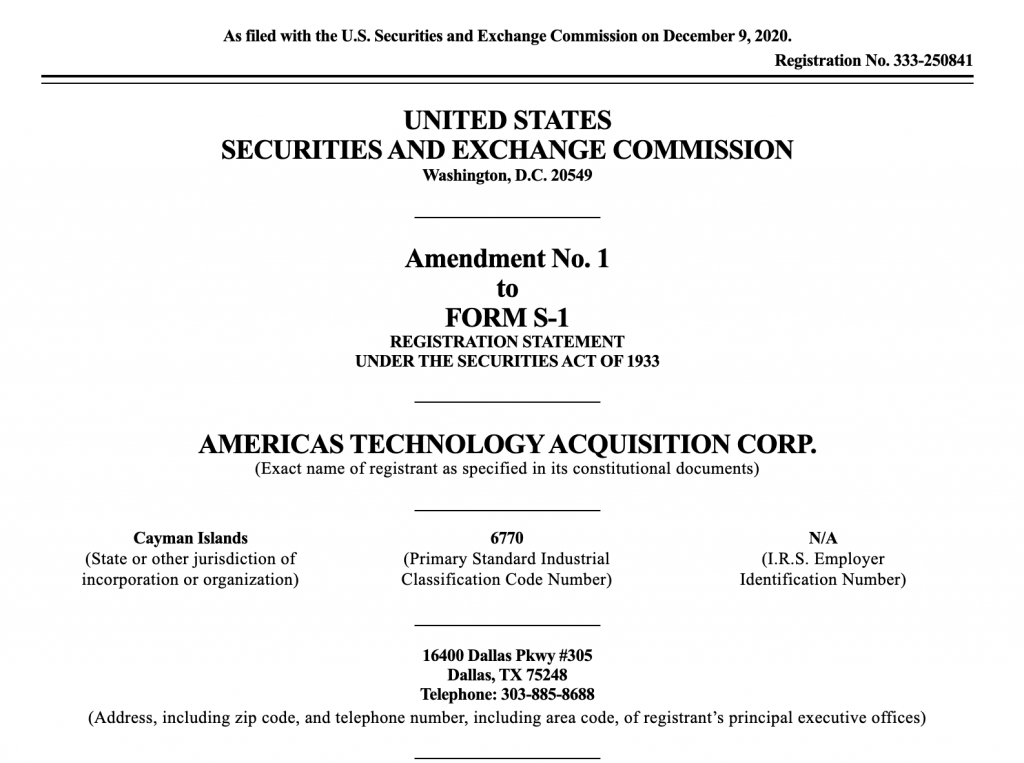 While looking for the business combination for their first US SPAC, Galileo Acquisition Corp, listed on the NYSE in October 2019, Italian manager Luca Giacometti and his partners Alberto Recchi and Alberto Pontonio waste no time and list a second one, also on the NYSE. The new SPAC, which went public last week, was baptized Americas Technology Acquisition Corp. and is dedicated to the search for a company or more targets active in the tech, media and tlc sector (see here the press release and here the file to the Sec).

Sponsor of the new Spac is ATAC Limited Partnership, controlled by ATAC Holdings LLC, which in turn is headed by Fifth Partners, a private equity firm based in Dallas, Texas. But Mrs Giacometti, Recchi and Pontonio are included in the management team and are in turn promoters of the initiative.

Moreover, Mr. Giacometti is a veteran of the SPACs. In fact, he was among the promoters of the Italian Spacs Glenalta, Glenalta Food and Made in Italy 1 and of the pre-booking company Ipo Challenger. As for Mr. Recchi, formerly Credit Suisse, he founded the New York merchant bank Ampla Capital in 2019; while Mr. Pontonio has 25 years of experience in the financial sector and is the financial advisor to Raymond James.

Americas Technology Acquisition raised a total of 115 million dollars, of which 100 millions were placed in private placements and other 15 millions as a result of exercising the over allotment option. In total, 11.5 million shares were placed at a price of 10 dollar per share. Each share is associated with a half warrant which gives the right to purchase an ordinary share of SPAC at a price of 11.50 dollars each.

Last year the three Italian managers had instead launched Galileo with the support of Magnetar Capital, a well-known US private equity operator also active in Italy, raising 138 million dollars from investors. As for Galileo, last November it entered into negotiations to acquire the well-known modeling agency Elite Model World, but then the negotiations ended without anything happening and now Galileo is looking for a new target (see here a previous article by BeBeez). For this task, however, the SPAC still has a little less than a year and in the meantime the market does not seem worried and the stock is today above the ipo price of 10 dollars, while in mid-November it was around 9.9 dollars.

Spac, here’s why it was a boom in the US in 2020. And why we may see a resurgence in Italy