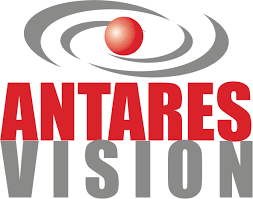 Less then one year after oisting at the Aim Italia market last February 1st and after having raised 100 million euros from investors, ALP.I spa, the Special Purpose Acquisition Company (SPAC) promoted by Mediobanca together with Stefano Giambelli, Roberto Marsella, Massimo Perona and Stefano Rangone (see here a previous post by BeBeez), announced it will make a business combination with Antares Vision, a global leader in visual inspection, tracking solutions and data management for the pharmaceutical sector, in order to list the company at the Italian Stock Exchange (see here the press release).

More in detail, ALP.I will invest 70 million euros for a 12% stake in the company, while the remaining 30 million euros will be distributed to ALP.I investors net of potential withdrawals. Of thos 70 million euros, 50 millions will be invested subscribing a capital increase in the company while the remaining 20 millions will be used to buy Antares Vision’s shares from actual major shareholder Regolo. Antares Vision’s general meeting voting about the business combination will be hold next February.

The announcement about the business combination follows a recent capital increase in Antares Vision subscribed by Sargas, an investment veichle controlled by  the well known pasta entrepreneur Guido Barilla together with other investors such as Inpar Investment Fund, H14 controlled by the Berlusconi family and Antonio Belloni. Sargas will own a 14% stake after the combination.

Antares Vision, founded in 2007 by  opto-electronic engineers Emidio Zorzella and Massimo Bonardi, has over 2000 installations on packaging lines in over 200 pharmaceutical factories in Italy and around the world and is the sole or main supplier of 10 of the 20 largest pharmaceutical groups in the world. The two entrepreneurs bought back a 21.1% stake in the company in May 2017 from Fondo Italiano di Investimento, that was then managed by  the eponymous managemnt company, which had entered Antares Vision capital in July 2012 (see here a previous post by BeBeez).

Antares Vision reached 81.3 million euros in revenues in 2017 and 20.7 millions in ebitda with a net positive financial position (net liquidity) of 4.2 millions. Thanks to new cash Antares Vision will be ready to evaluate acquisitions as the market is rather fragmented.  As for financial figures, reasearch analysis by Mediobanca Securities and  Equita sim is available already for investors since the announcement of the business combination,

Moreover some other news have been announced as for the structure of ALP.I: the SPac’s promoters have aligned better their interests to the ones of their investors as they have eliminated all the triggers for their special shares  (originally fixed at 11, 12 and 13 euro per share) and fixing a unique trigger at 13,5 euro per share, extending the divestment period to 5 years.  This means that AKP.I’s promoters will convert their special shares into ordinary shares only after ALP.I’s investors will have received the maximum number of shares  from their warrants (when shares will have reached the price of 13 euro per share) and then obtained a total return of more than 50%.

For the deal ALP.I has been supported by financial advisor Mediobanca, by BonelliErede law firm, Honigman Miller Schwartz and Cohn (legal due diligence in the US), New Deal Advisors (financial due diligence) and auditor PricewaterhouseCoopers. Antares Vision was advised by Rothschild & Co, Orsingher Ortu law firm and auditor EY. Equita sim acts as the nominated adviser and specialist.